Baker Mayfield fires back at negative Browns take on Twitter

CLEVELAND — Hearing negative takes on the Cleveland Browns is something the team and fans are used to, but quarterback Baker Mayfield is firing back at the haters on Twitter.

On Friday, Colin Cowherd tweeted a video of a segment from his show “The Herd” where he spends four minutes calling out the Browns for being “historically a joke,” having an inexperienced head coach and a “losing record” last season, among other hot-button talking points made popular by people who still cling to negative angles involving Cleveland sports.

“Look at him, does he look happy?” Cowherd asked in his segment.

Cleveland apparently isn’t enough for Beckham according to Cowherd, saying that Beckham is “L.A. and New York and Paris." Cowherd also said he has a source that told him Beckham did not want to be in Cleveland and that the Browns are a “bad organization that can’t win.”

At the end of the video, Cowherd calls Mayfield a “kid” and a “baby.”

Cowherd’s words apparently did not sit well with Mayfield who responded to the video on Twitter.

Come to Cleveland and ask O if he actually likes it. Just because you say you have a source doesn’t mean you’re not full of BS.
And while you’re at it... come see if I’m a baby... #10ToesDown

Mayfield fired back at Cowherd, telling him to come to Cleveland and ask Beckham if he is happy himself, discrediting Cowherd’s “sources.” He also invited Cowherd to the city to find out if he is a “baby.”

As for the claims about Beckham being unhappy in Cleveland, fans can judge that for themselves: 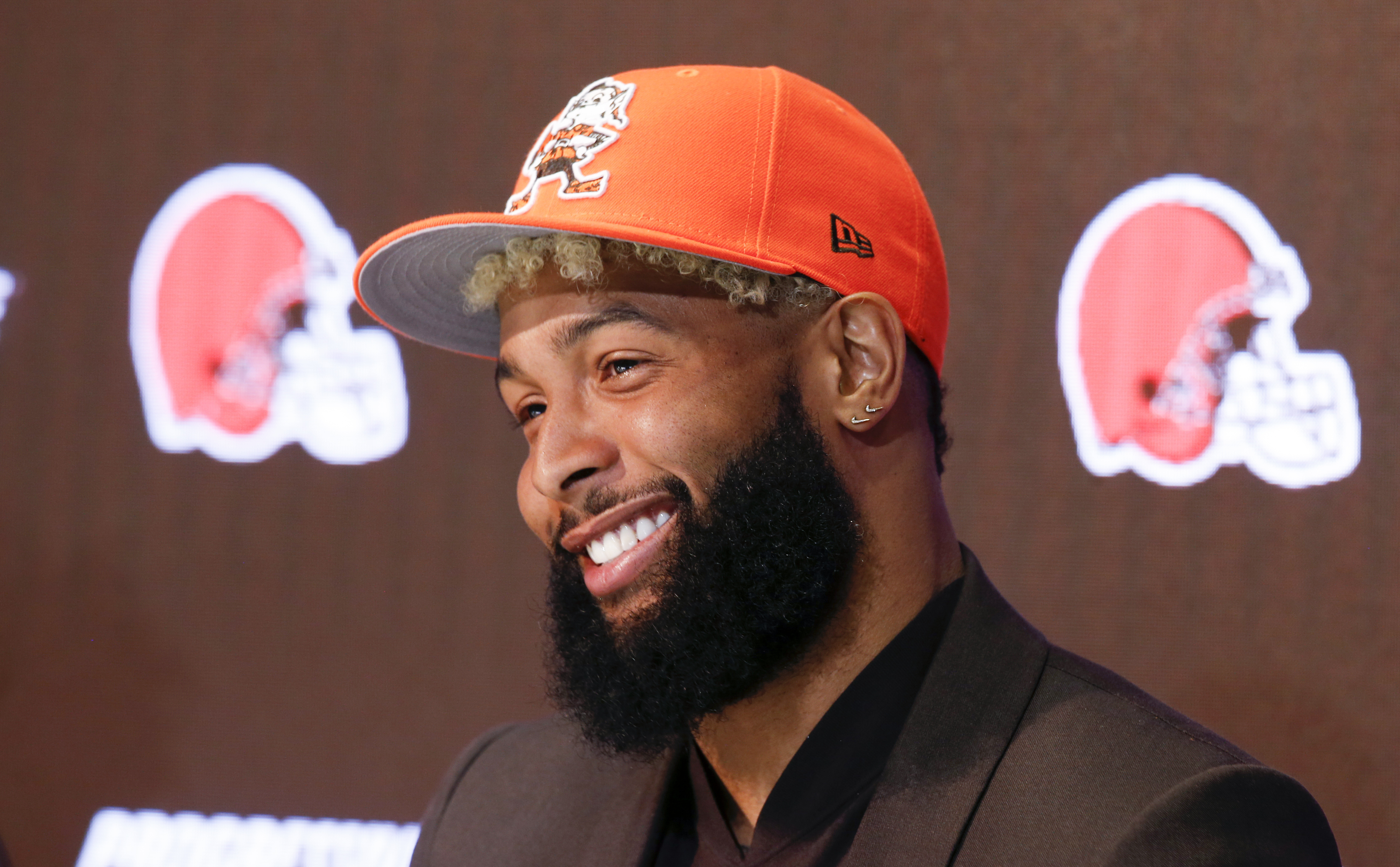 This touched my heart! DAWGPOUND ILL GIVE U EVERYTHING I GOT https://t.co/WBMgy2koDW