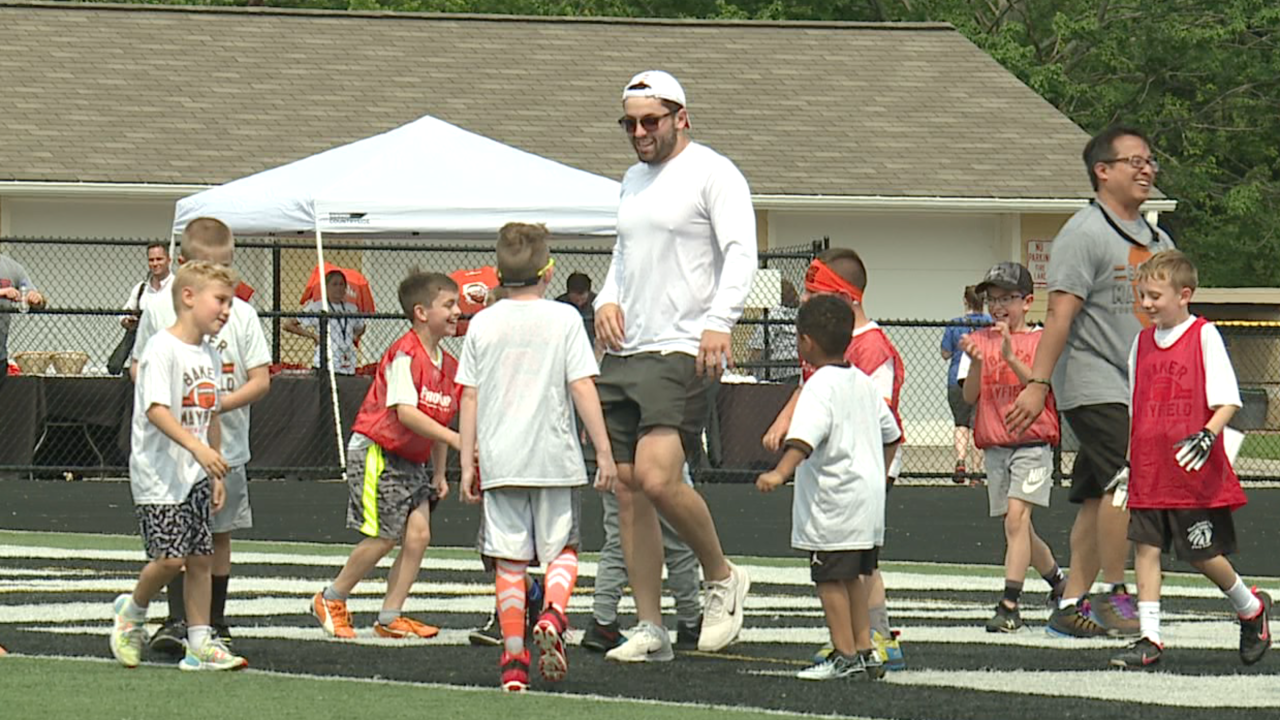 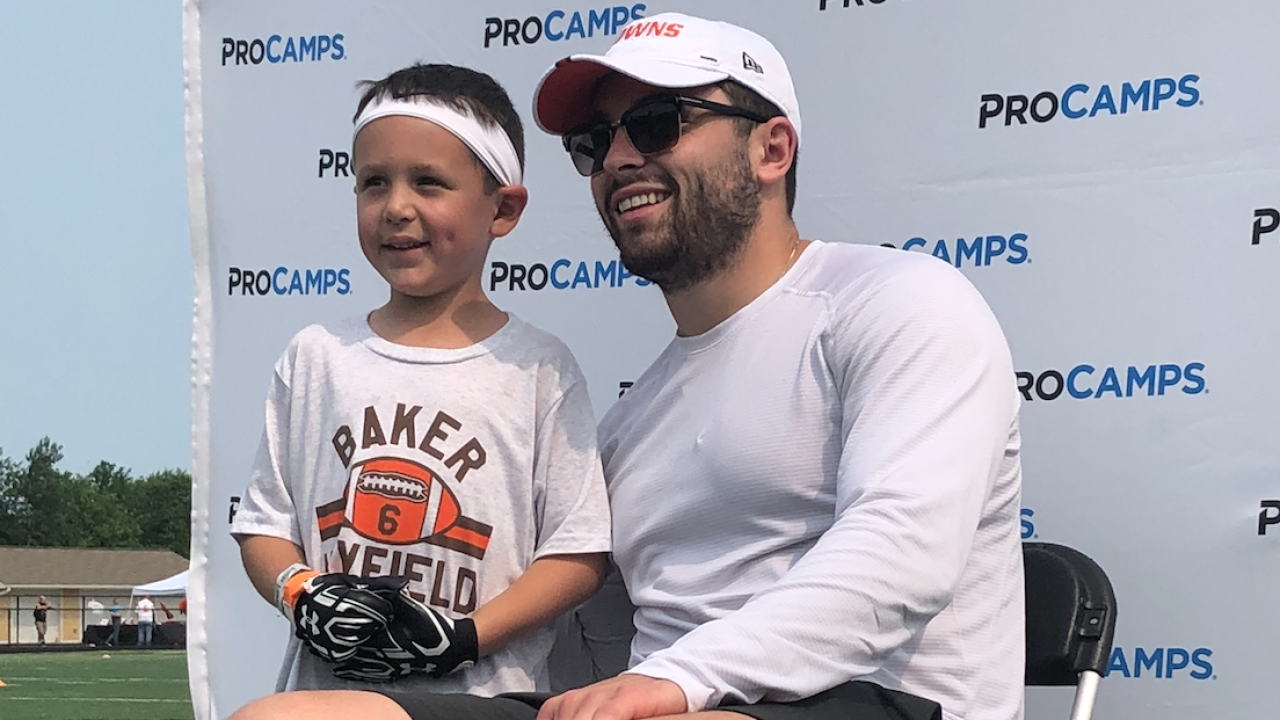 MAYFIELD HEIGHTS, Ohio — All weekend, youngsters aspiring to play football like Browns quarterback Baker Mayfield are learning the tricks of the trade through his youth football camp in Mayfield Heights.

The two-day inaugural Football ProCamp was held at Mayfield High School on June 1 and continues on June 2. The camp was open to boys and girls of all skills levels from grades first through eighth.

Each camper received a t-shirt, souvenir autograph and a team photo with Mayfield.

Mayfield directed the camp and was joined by college coaches from the area.

Aside from teaching tackles and fancy footwork, Mayfield and the coaches made sure the elementary and middle school athletes learned safety.

“We made sure they had their mouthpieces in and doing the right thing. You know, we’re playing touch football, so if it’s rough, I mean, I don’t think we’re doing it right," Mayfield said.

“What we need to do is recognize the concussion, and get those kids out of the game," he said.

Flannery said diagnosing a concussion can be difficult because there are no neurological tests to detect one, so parents and coaches are left looking for symptoms.

If left untreated, Flannery said concussion can lead to memory loss and even depression.

Flannery said the warning should not scare families away from the field, but serve as a reminder to do their due diligence, reminding all athletes to go through a helmet fitting before running through plays.

“Over the last two years, the helmet manufacturers have really done a good job of using that research and getting the helmets to perform better in concussion testing and limiting the number of concussions," Flannery said.

Experts encourage limiting the amount of contact during play to minimize the threat of a concussion.

Flannery suggests having a baseline neurological test, that way if anything does happen, there's a point of reference for players who might get injured.