Baker Mayfield is on the cover of ESPN The Magazine

CLEVELAND — Browns quarterback Baker Mayfield is on the cover of ESPN The Magazine. The profile story, it will not surprise you to learn, is about Mayfield stepping into his role as the Browns' fearless leader.

The cover features Mayfield walking dogs on a leash, a very fitting touch to the profile, which is written by ESPN senior writer Mina Kimes.

ESPN sent us some additional pics from the shoot.

The incredibly in-depth piece touches base on Mayfield’s rookie season, his childhood, his wedding, and all of the noise the young quarterback has made since his September 20, 2018 debut. The most important takeaway is that Mayfield is unapologetically himself and isn’t intimidated by the high expectations surrounding him and the team.

"I'm gonna be myself and believe in that," Mayfield said in his interview for the profile. "And if you don't like it, that's OK."

Anyway, the rest of the Browns will need to ride that mentality as the regular season approaches. In March, Pro Football Focus pegged the Browns as the favorite to win the AFC North this season, and some experts are even talking Super Bowl. (Yeah, we know, calm down, everybody.)

Whatever they do, Baker's the big dog now, and ESPN The Magazine just made him the face of the 2019 NFL season. 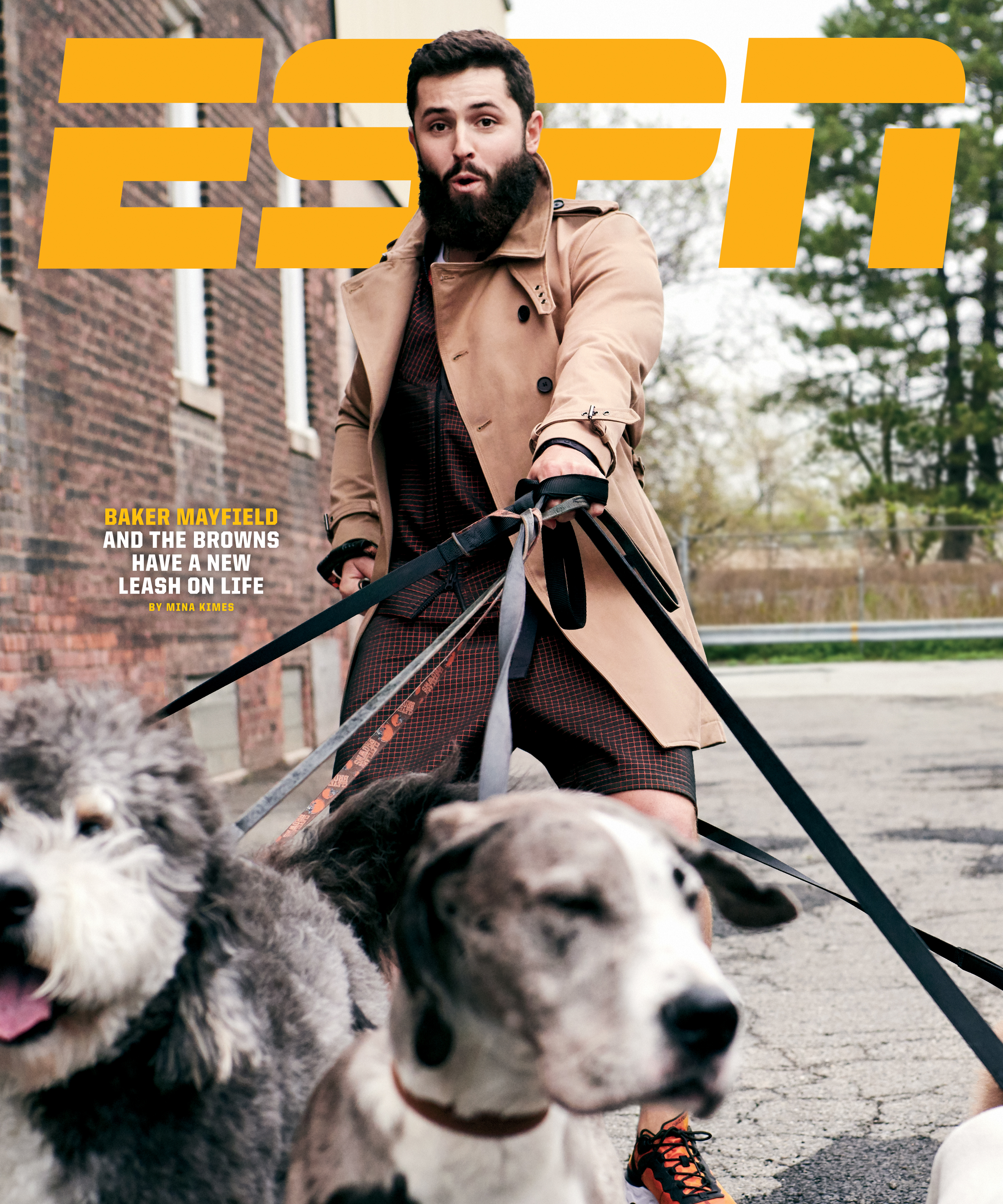