Browns fan makes most of situation with customized prosthetic leg 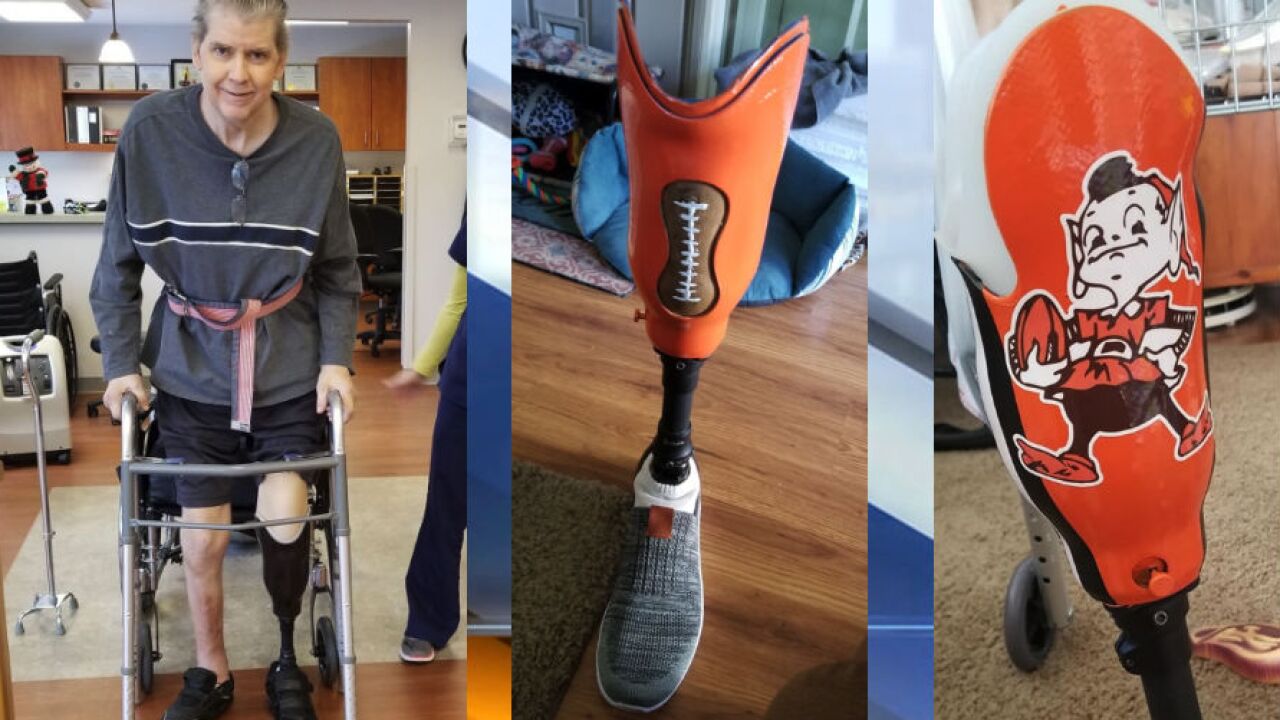 CLEVELAND — A Browns fans from Twinsburg has taken a frightening situation and turned it into something positive that's getting the attention of other Browns fans across the internet.

Scott Miller was hospitalized with a staph infection last year and landed in the hospital. What should have been a quick trip to the hospital turned into a string of issues he needed to be treated for.

After different forms of treatments and many illness later, Miller and his doctors decided the best route was amputation.

Miller said after losing his leg, he lost all of the medical issues and for the first time in years was finally in good health. That's when he was fitted for a prosthetic.

A special cut that his doctor made in the prosthetic to make it fit better resembled a dog bone. That’s when Miller had his great idea.

“The bone was already there, I knew what I had to do,” Miller said.

A can of orange spray paint, some Browns decals and a steady hand was all Miller needed to make his prosthesis match his fandom.

Miller said he practiced on his first prosthetic, then took what he learned practicing on that one to make sure his new leg was perfect.

After completing his new leg, Miller’s son Kevin encouraged him to share pictures of it online, but said they never expected it to take off the way it did. Miller said he received nearly 1,000 likes, encouraging comments and even more shares.

A few Browns fans even let Miller know that they were inspired to do something similar to their prosthesis.

“I’m gonna see if I can get my prosthetic leg in a Browns style,” Brian Parker commented on Miller’s post.

As for Miller, he’s looking forward to getting him and his new leg to a game.

“I’m still getting used to the leg, but once I get adjusted I would love to go back and see the Browns play again,” Miller said. “They’re going to be something this year I think.”