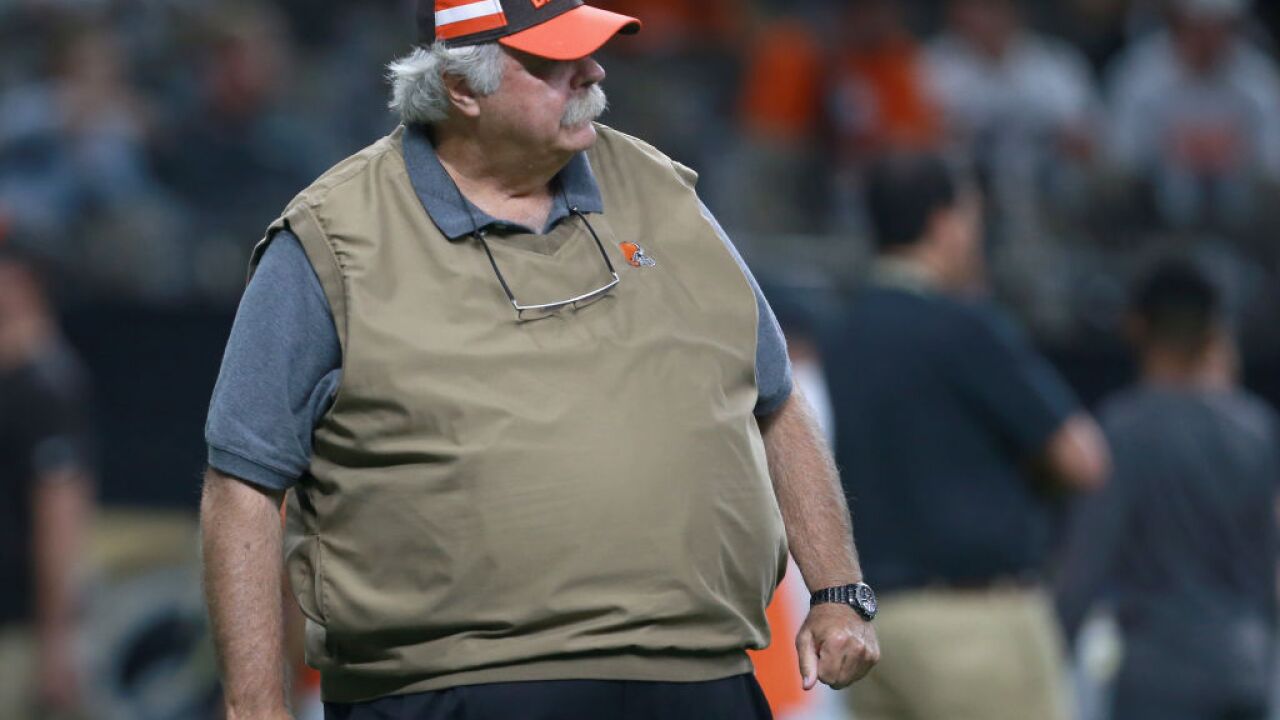 A team spokesman said Wylie got hurt during Thursday’s workout as the Browns prepared to face the Cincinnati Bengals on Sunday. There were no immediate details on how the popular Wylie, who is in his second season with Cleveland, was injured.

Wylie is resting at University Hospitals and will likely miss the home finale.

Wylie was relatively unknown before his appearances on HBO’s “Hard Knocks” series this summer made the big-bellied coach a favorite with Browns fans. This week, the team released a video with Cleveland’s offensive lineman pushing Wylie on a blocking sled while dressed as Santa Claus .

On Wednesday, Browns guard Joel Bitonio said Wylie is “one of the best human beings I’ve been around. He’s a great coach but what he does off the field — he takes care of the people in the building and he’s just a great dude.”