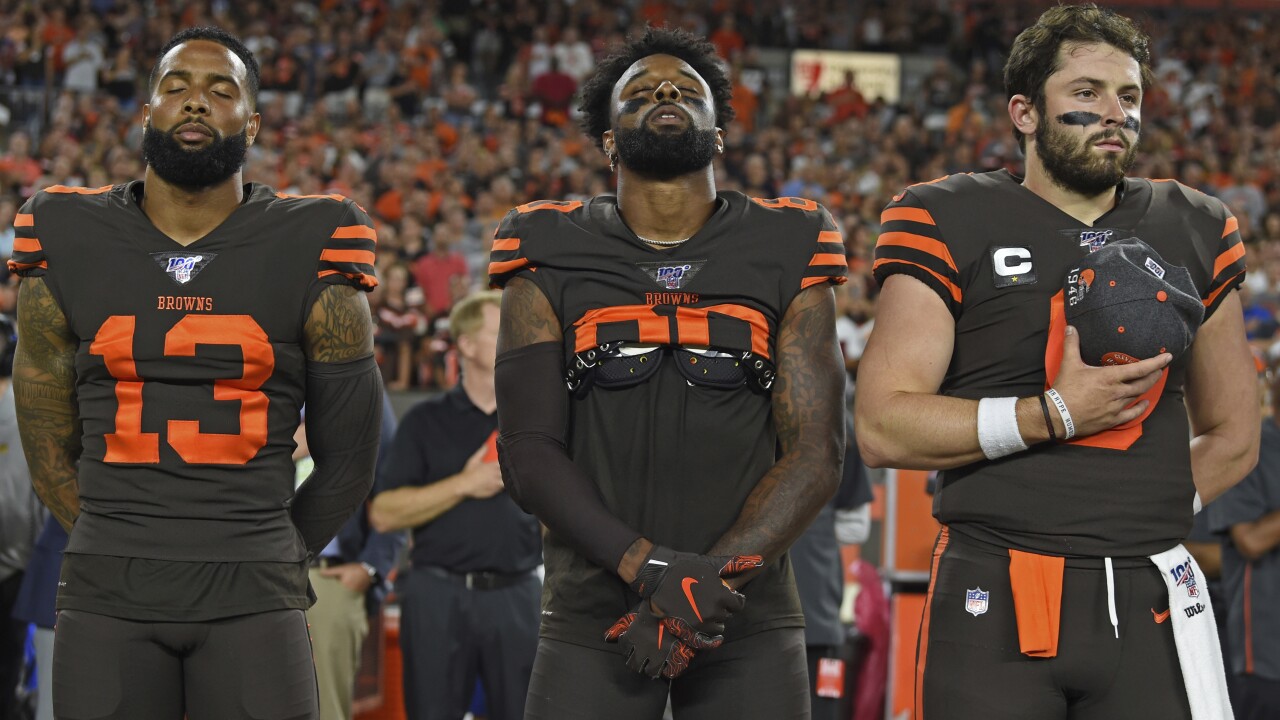 CLEVELAND — With the support of more than 1,400 current and former professional athletes and coaches from across the National Football League (including many from the Cleveland Browns), the National Basketball Association and Major League Baseball, the Players Coalition sent a letter to the United States Congress, urging the passage of a bill to end qualified immunity as a way to combat police violence and racial injustices in the country.

“We are tired of conversations around police accountability that go nowhere, and we have engaged in too many ‘listening sessions’ where we discuss whether there is a problem of police violence in this country. There is a problem. The world witnessed it when Officer Chauvin murdered George Floyd, and the world is watching it now, as officers deploy enormous force on peaceful protestors like those who were standing outside of the White House last week. The time for debate about the unchecked authority of the police is over; it is now time for change,” the Players Coalition wrote in the letter.

Qualified immunity, according to legal experts, "is a judicially created doctrine that shields government officials from being held personally liable for constitutional violations."

“The 8th Circuit applied it to an officer who wrapped a woman in a bear hug, slammed her to the ground, and broke her collarbone as she walked away from him. The 9th Circuit applied the doctrine to two officers who allegedly stole $225,000 while executing a search warrant. The Eleventh Circuit applied the doctrine to protect an officer who unintentionally shot a ten-year old while firing at the family dog (who, much like the child, posed no threat). The list of officers who suffered no consequences because of this doctrine could fill a law book,” the group wrote in the letter.

The letter concludes with a call to Congress to put an end to the lack of repercussions for officers who perpetuate abuse and cause “unspeakable harm.”

“It is time for Congress to eliminate qualified immunity, and it can do so by passing the Amash-Pressley bill. When police officers kill an unarmed man, when they beat a woman, or when they shoot a child, the people of this country must have a way to hold them accountable in a court of law. And officers must know that if they act in such a manner, there will be repercussions. A legal system that does not provide such a recourse is an illegitimate one. In their grief, people have taken to the streets because for too long, their government has failed to protect them. The Courts and elected officials alike have instead shielded people who caused unspeakable harm. Congress must not be complicit in these injustices, and it should take this important step to show that law enforcement abuse will not be tolerated,” the Players Coalition wrote.

Representing the Indians in the letter was center fielder DeLino DeShields, who also shared a personal experience he had with police on Twitter.