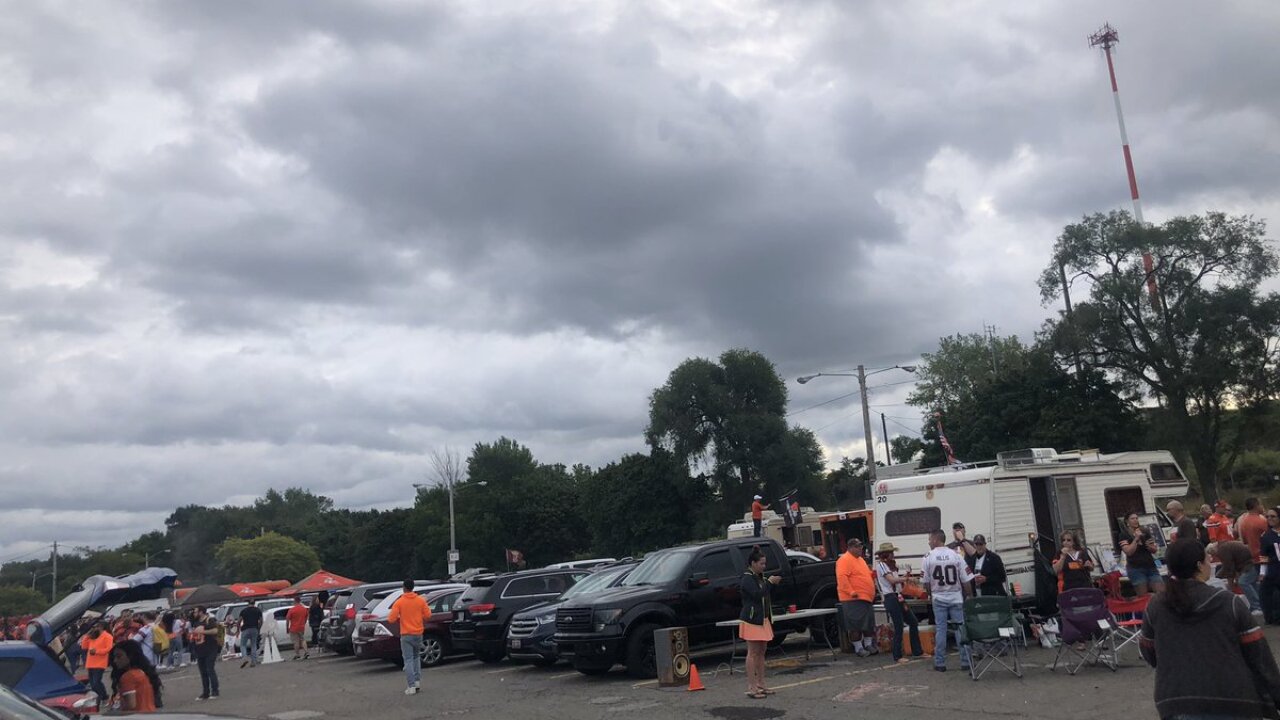 You can watch the press conference in the player below:

Police are implementing new traffic changes and patterns effective for Sunday's prime-time game against the Rams, and expected to remain in effect for the rest of the season.

The Muni Lot will not open until 2 p.m. Sunday, as the game is scheduled to begin at 8:20 p.m. Fans will not be allowed to queue or stage along South Marginal Road or the Shoreway ahead of the lot's opening, police said.

Anyone attempting to do so will be instructed to keep moving. Anyone who attempts to park their car along the street and leaves their vehicle unattended will face tickets and could have their vehicle towed, according to police.

Police ask that fans attempting to tailgate in the Muni Lot not arrive until 2 p.m.

Due to the amount of cars lining up to park in the Muni Lot, the freeway exit gets congested, causing stopped traffic. In order to combat the traffic backups, police will shut the eastbound exit ramps to East 9th Street down and will be closing down the Shoreway around 6:30 p.m., according to police.

Around 6:50 p.m. police will close off state Route 2 with traffic detoured to the exit ramps at East 26th Street.

Police said there will also be restricted access on the freeway off ramps to exit to South Marginal Road and the Muni Lot entrance prior to 2 p.m. so tailgaters won't be able to get off at the exits until the lot opens.

The traffic changes are expected to prevent the danger pedestrians face against the heavy traffic and allows emergency vehicles have clearer access to areas that traffic could make inaccessible, police said.

Cars began lining up to park in the Muni Lot the night before the game, which was completely packed by morning. Some cars who couldn’t park in the lot illegally parked along the road instead.