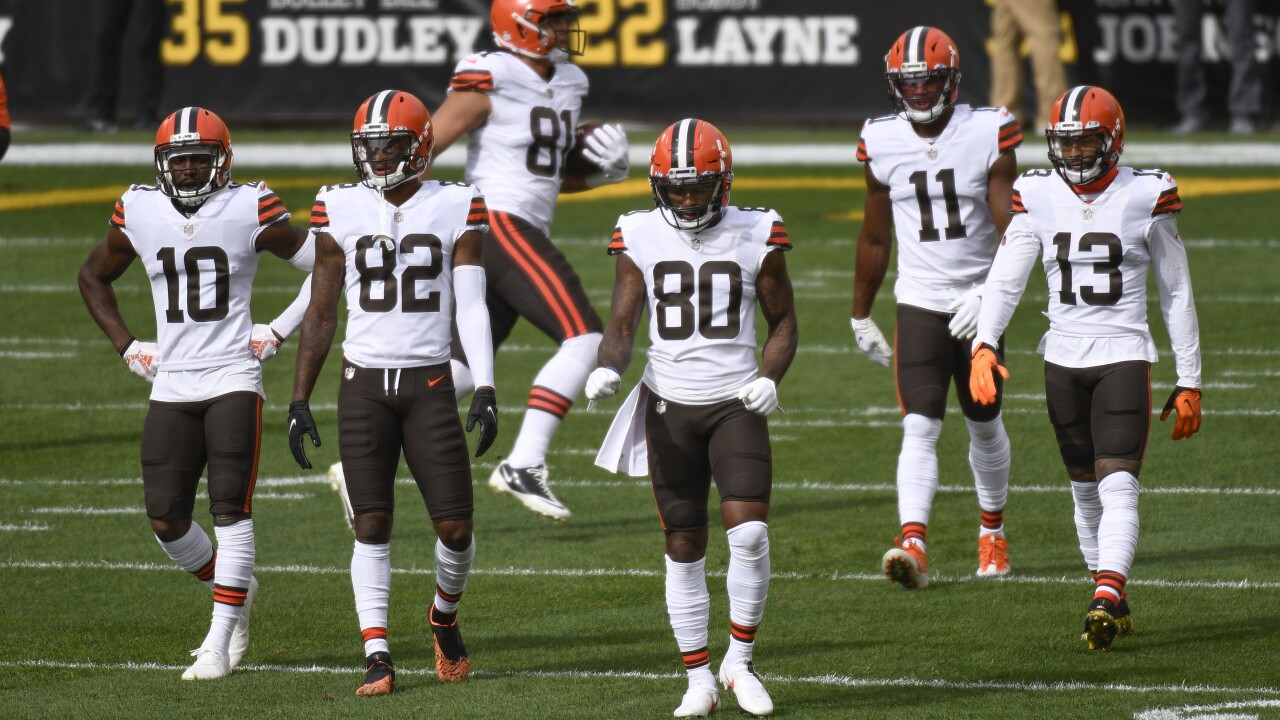 CLEVELAND — Last week, Cleveland was a city of celebration as the Browns started their season 4-1 for the first time in 26 years. This week in the rivalry matchup against the Pittsburgh Steelers, Cleveland was trounced 38-7. It was an eye-opening reminder that the Browns are currently in a process, and there will inevitably be some bumps in the road.

Sunday was a tough loss against a good team. The Steelers are undefeated. The Browns' other loss was to the Baltimore Ravens, who are now 5-1.

At the beginning of the season, if you were told the Browns were going to start this season 4-2, you’d probably be thrilled. It’s hard to do immediately after a loss, but it’s important to keep that same energy now.

Having a winning record is good, and Browns fans should still feel good.

Highs and lows
This is a football team with a new head coach, new key players on the offensive line and a quarterback working to grow in a new scheme.

The Browns of 2020 are new at this. The Steelers are not. Pittsburgh has thrived under proven head coach Mike Tomlin and have found success for years with Ben Roethlisberger at the helm. Unfortunate as it is, the Steelers are still the big brother in the relationship between Cleveland and Pittsburgh.

That’s not to say the Browns won’t get there, and they may very well wind up playing dominant football inside FirstEnergy Stadium when the Steelers come to town, but when it comes to big games in challenging situations, the Browns have a lot to learn.

Not every game is against proven coaches and top quarterbacks, and the Browns will have the chance to exploit weaker teams and return to the good graces of fans as the season continues.

Rarely does a head coach start his first year in the position and take over the league. Kevin Stefanski should not be expected to be a miracle worker for the Browns.

Instead, Stefanski should be expected to take hard losses like the one in Pittsburgh and learn from them. Grow from them. Modify his game plans and schemes around the mistakes he’s made.

Last season, Freddie Kitchens made the same mistakes game after game with little to no improvement over the course of the season. As long as Stefanski doesn’t follow suit, the Browns are already miles ahead of where they started—something to take solace in right now.

Perspective
This loss to the Steelers was rough. There is no excusing the beatdown Cleveland suffered at the hands of Pittsburgh—but it's a realistic outcome for a team in a process of development.

If the Browns stay above .500 and end the season that way, they’ll have already accomplished something the organization hasn’t done since 2007. And with the expanded playoffs this year, Cleveland could see a postseason for the first time in 18 years.

So while we lick our wounds from a devastating loss to a rival, it’s good to remember that the Browns aren’t the same as they used to be, and there’s still a promising season ahead—so see you next week, Cincinnati.