Browns head coach Kevin Stefanski talks about how he's been engaging in conversations with his children to teach them about racial injustices in order to encourage change within the next generation. 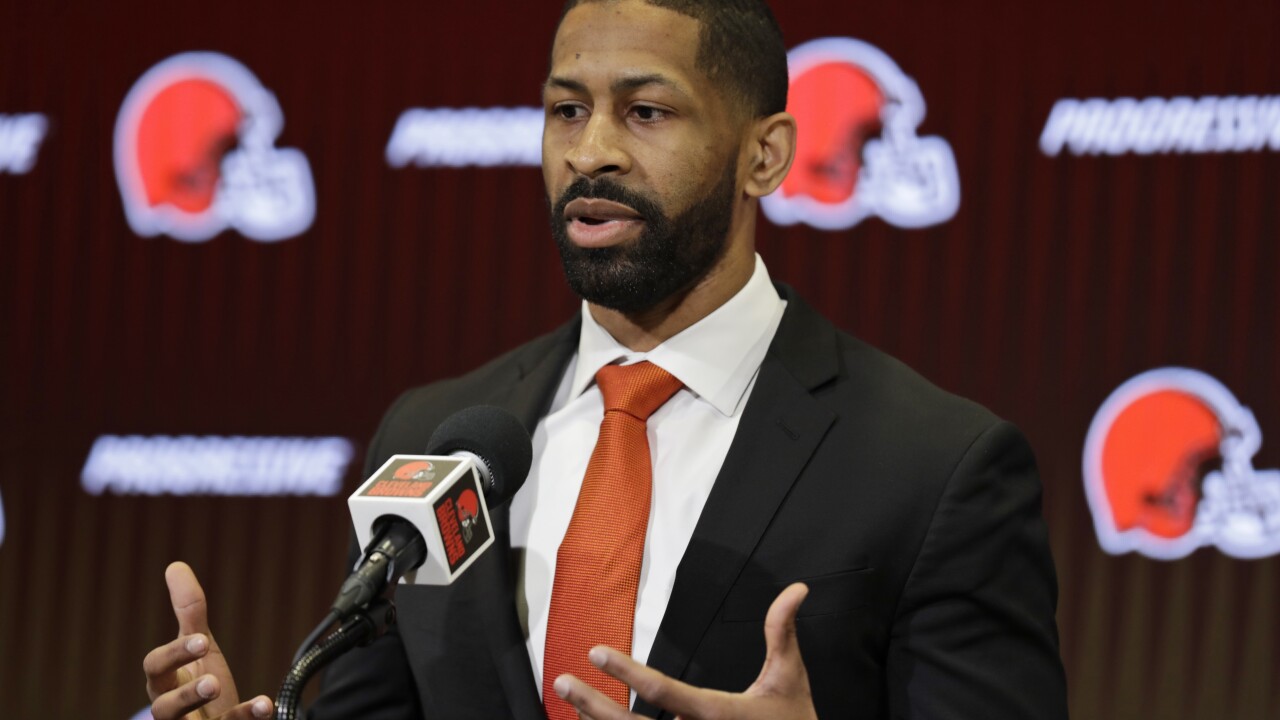 CLEVELAND — Cleveland Browns Executive Vice President of Football Operations and General Manager Andrew Berry sent out an email to his team in early June. Less than a month later, an entire campaign was created to help fight racial injustices and support the community.

On June 5, Berry sent an email out to all Browns employees, addressing recent incidents across the country including the deaths of Breonna Taylor, Ahmaud Abery and George Floyd. As he continued on his email, Berry shared what it felt like seeing those stories for him personally.

“On a personal level, I’ve cycled through feelings of frustration, anger, despondency and — yes — even hope throughout the week,” Berry wrote in the email, according to the team.

“I’m the father of two black boys and I’m most thankful that they are young enough to maintain their innocence,” Berry wrote. “Whether you are empathetic or sympathetic, let’s take some time to not ignore the obvious ... this is not ‘business as usual.’”

At the end of his email, Berry challenged Browns employees to help him give back by doing their part. Berry pledged to donate a large sum of money to the NAACP Legal Defense Fund if at least 50 Browns employees did one of three things.

The donation amount? $8,460—a number referencing the eight minutes and 46 seconds ex-Minneapolis police officer Derek Chauvin pressed his knee into Floyd’s neck, resulting in his death. The incident was captured on camera and after nationwide protests demanding justice for Floyd, all four officers involved have since been charged.

Within a day, Berry had reached his goal, with more than 50 employees participating in his challenge. Browns owners Jimmy and Dee Haslam joined in, pledging to match every dollar raised and contributed to the organization of the employees’ choice.

"I just think what Andrew's doing, what this organization is doing, is leading from out in front and I think it's awesome," head coach Kevin Stefanski said of Berry's initiative.

Stefanski said that he's started to have conversations with his children about racial injustices in the country because "dialogue is so important."

"I think our words matter and I do have young kids and there are a lot of questions and a lot of them are hard to answer and the innocence of young children that just don't understand why someone would be treated differently because of their skin. It's so sad that there's an environment there that needs changed but we need to be a part of it," Stefanski said. "I just feel very strongly that we need to leave this place better than we found it and we need to do our part with this next generation—my kids, their kids—we've got to do our part with this next generation in making sure they're part of a really, really positive amount of progress."

The Browns organization had raised nearly $200,000 for a total of 14 charities at the start of this week and hopes to spark more change by expanding the intuitive to the public.

On the Browns website, a list of organizations and charities have been provided as a resource for those looking to learn more, give back or donate to such causes.