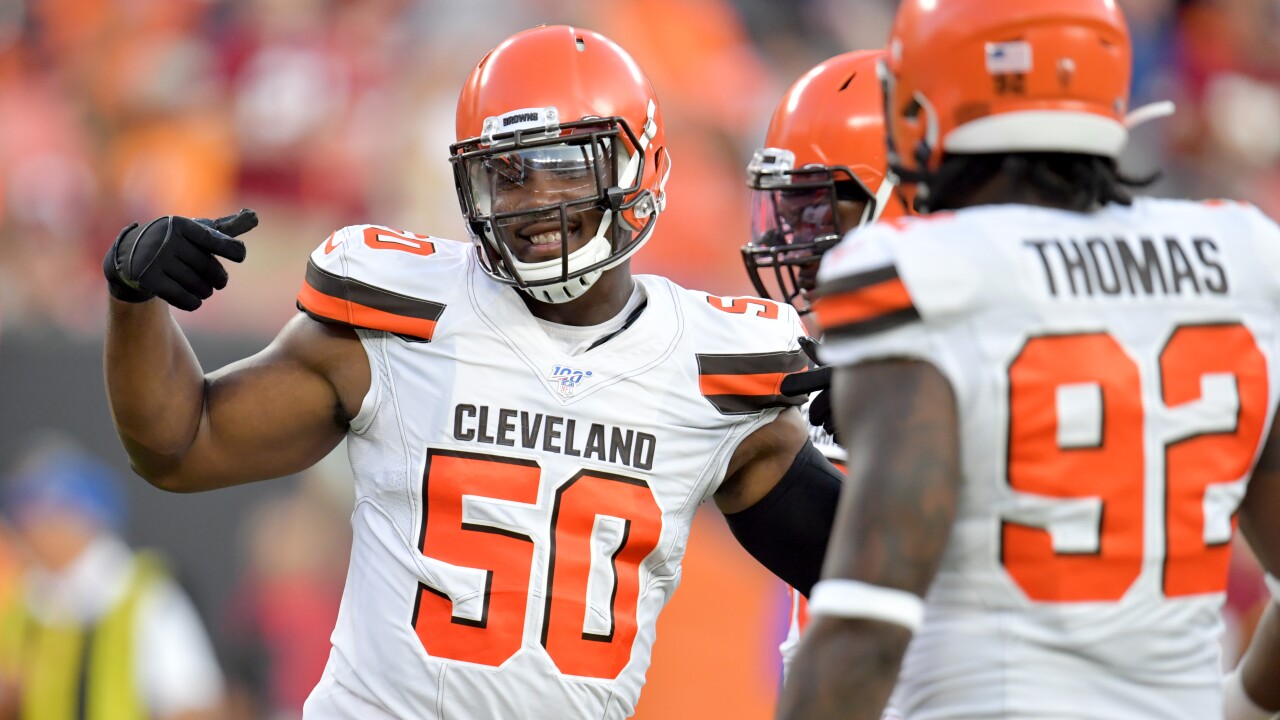 “It is difficult to do things like that because it is always difficult to cut someone, and in this instance, it was even more difficult, yes," Kitchens said when asked if there was any consideration of keeping him on the team with just four weeks remaining.

Kitchens said Smith is close with a lot of people within the organization adding, "Our football relationship ended, but that does not mean our personal relationship from my standpoint, his teammates and this organization. We will always be there to support Chris.”

Smith has had a difficult season off the field following the death of his girlfriend, Petara Cordero, in September. She was a passenger inside a Lamborghini when another vehicle struck her as she stood in the north shoulder of I-90 westbound. Shortly before the tragic crash, Smith and Cordero celebrated the birth of their daughter, Haven Harris Smith

In September, Kitchens, for the first time, publicly reacted to the news during a news conference, reiterating that there are more important things that come before football.

“I haven’t even given one thought about that and I don’t even want Chris to think about that," Kitchens said back in September when asked if Smith would be available. "I told him yesterday this is beyond this, okay. We can make it whatever we want to. As people in the business, as people covering the business, and I’m not saying you are, but in general, guys this is life. We like to say different things about life when it doesn’t really matter, but once it starts affecting you, it gets serious,” Kitchens said.

Smith signed to the Browns as an unrestricted free agent on March 15, 2018. Last season, he played in all 16 games with two starts as defensive end. He was selected by the Jacksonville Jaguars in the fifth round of the 2014 NFL Draft.

His release adds another blow to a depleted roster. In November, the league upheld Myles Garrett’s indefinite suspension after he wrestled with Steelers’ quarterback Mason Rudolph on the ground and then struck him in the head with his own helmet.

With Garrett out, Smith had to step up in his place.

“When Myles is on the field, it is always easier to keep people because you know Myles is going to play 90 percent of the snaps," Kitchens said.