If there's one constant in the NFL this season, it's shoddy officiating, as the Browns well-know 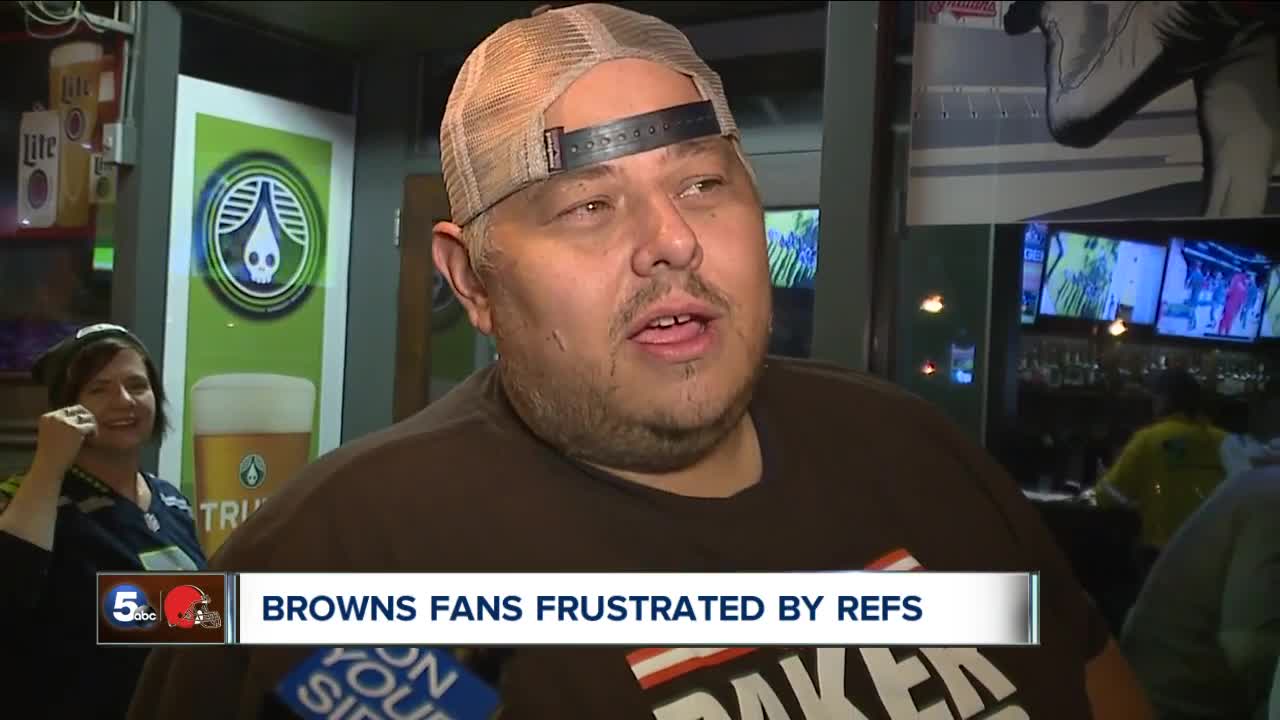 It’s no question that a team should never allow a game to be decided by bad calls, and the Browns are no exception to that, but the refs certainly impacted the game in the worst possible way. 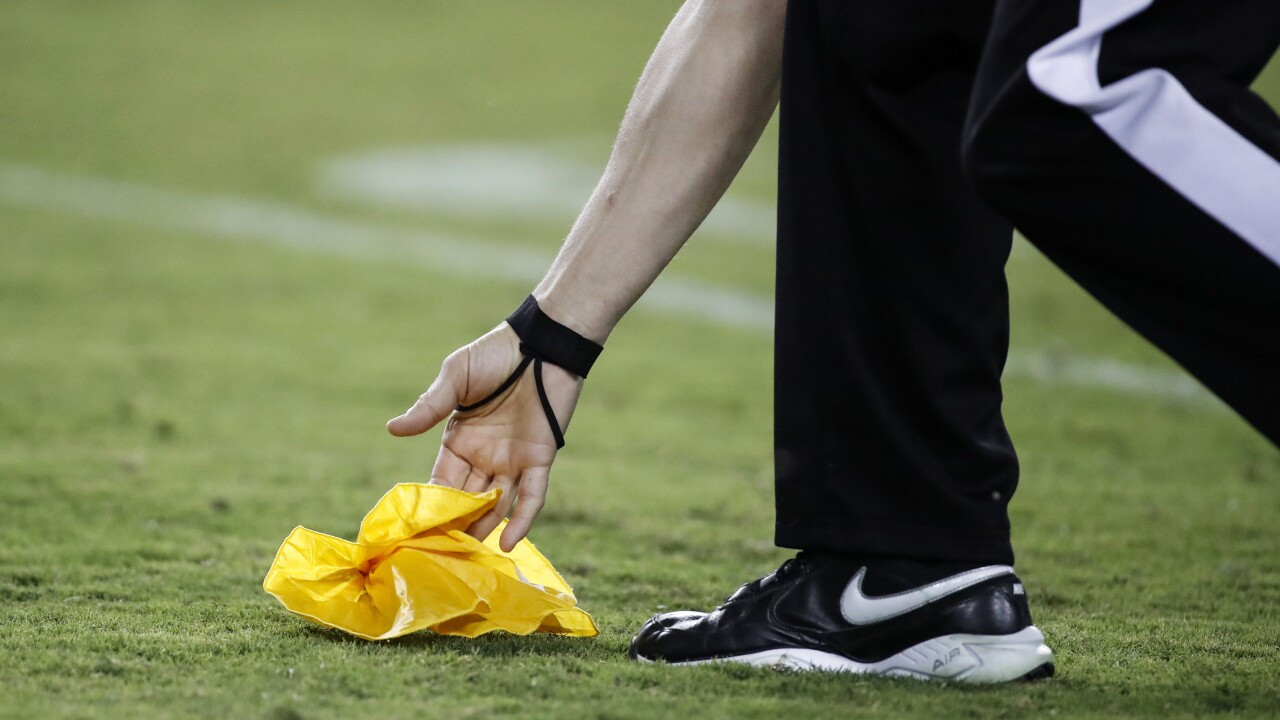 CLEVELAND — In a roller-coaster of a game, the Cleveland Browns fell to the Seattle Seahawks on Sunday, 32-28. The Browns came out strong, building a quick 20-6 lead. Despite dwindling that lead away, they held their own throughout and kept it close. Championship teams don't let bad calls determine outcomes, and the Browns didn't come close to coaching or playing to their potential, but, oof, some of those calls.

The refs have done a number on the Browns -- and the quality of the NFL product -- this season.

Against the Seahawks alone...

There was a missed touchdown
After losing their lead, the Browns found their way into the red zone and had a chance to take the lead. Baker Mayfield completed a pass to Jarvis Landry, who appeared to just cross the threshold of the goal line before fumbling the ball into the end zone. The refs called the ball a fumble short of the goal line, but head coach Freddie Kitchens challenged the ruling.

Following the review, it seemed pretty clear that Landry had crossed the goal line before losing the ball, which would have made it a touchdown, but officials upheld their original ruling, taking a potential seven points off the board and costing the Browns an important timeout.

And what about that horse collar?
In the fourth quarter, with the Browns up three points, the refs threw a flag on Morgan Burnett after he tackled Seahawks quarterback Russell Wilson by the back of his jersey, calling it a horse collar. That 15-yard penalty put the Seahawks in Browns’ territory and extended their drive, which resulted in the game-winning touchdown.

Call that determined the outcome of the #Browns game today. Grab is parallel with his armpit. How is this a horse-collar tackle? #NFL officiating is a joke, and dictates outcomes weekly. You’re doing your job correctly when people don’t talk about your officiating. pic.twitter.com/SycMBL63EQ

While Burnett did not tackle Wilson by the inside of his shoulder pads from behind, like the original rule stated, an expansion of the rule states horse collar can be called when a “defender grabs the jersey at the nameplate or above and pulls a runner toward the ground.”

The rule might have changed, but it seems very inconsistently enforced if that’s the case.

Low point was the blindside block call
The worst call of the game, and quite possibly the season, was the blindside block called on Landry near the end of the third quarter. Running back Nick Chubb was thrown the ball on 2nd-and-6 and began to make his way downfield. After breaking a tackle, Landry, face to face with Seahawks defender Marquise Blair, made the block for Chubb. Not only was Landry facing Blair, but it was also actually Blair who initiated the contact.

The blindside block rule, established at the start of the season in an attempt to increase player safety, is defined as being a foul if “a player initiates a block in which he is moving toward or parallel to his own end line and makes forcible contact to his opponent with his helmet, forearm, or shoulder.”

Considering Landry was face-to-face, and Blair made the forcible contact, it is inconceivable how the refs could have thrown the flag on Landry. But they did and it sent the Browns deep into their own territory and forced them to punt the ball.

This was not even close to a blindside block by Jarvis Landry. Refs hate the Browns so much pic.twitter.com/AwsseApyfs

When asked about the officiating, Kitchens chose not to comment, saying, "I’m not commenting on officiating. I got a memo the other day. You saw the game.”

Mayfield, on the other hand, felt compelled to speak up about the officiating.

“The refs are never an excuse, but I’ll probably be fined for saying this, but it was pretty bad out there—kind of ticks me off,” said Mayfield, who may get a memo this week as a result.

The officiating crew was lead by referee Adrian Hill. While he's been an official for the past nine years, this is Hill's first season as a referee, and his inexperience showed.

Can't just blame the refs
It wasn’t just bad officiating that cost the Browns the game. Four costly turnovers, including Mayfield’s three interceptions, two of which were the fault of his receivers, helped the Seahawks in their comeback win. Cleveland’s struggles in the red zone certainly didn’t help either.

Mayfield was also playing hurt through most of the second half. With just over 11 minutes left in the third quarter, Mayfield scrambled for a first down. He got it, but not before a hard hit caused him some major discomfort. He was evaluated and returned to the field but looked uncomfortable for the remainder.

The Browns were taken down by a very good team. They can’t put this loss all on the refs. And while a more competent officiating crew might have altered the outcome of Sunday’s game, it sure felt like another Sunday of Cleveland against the world.