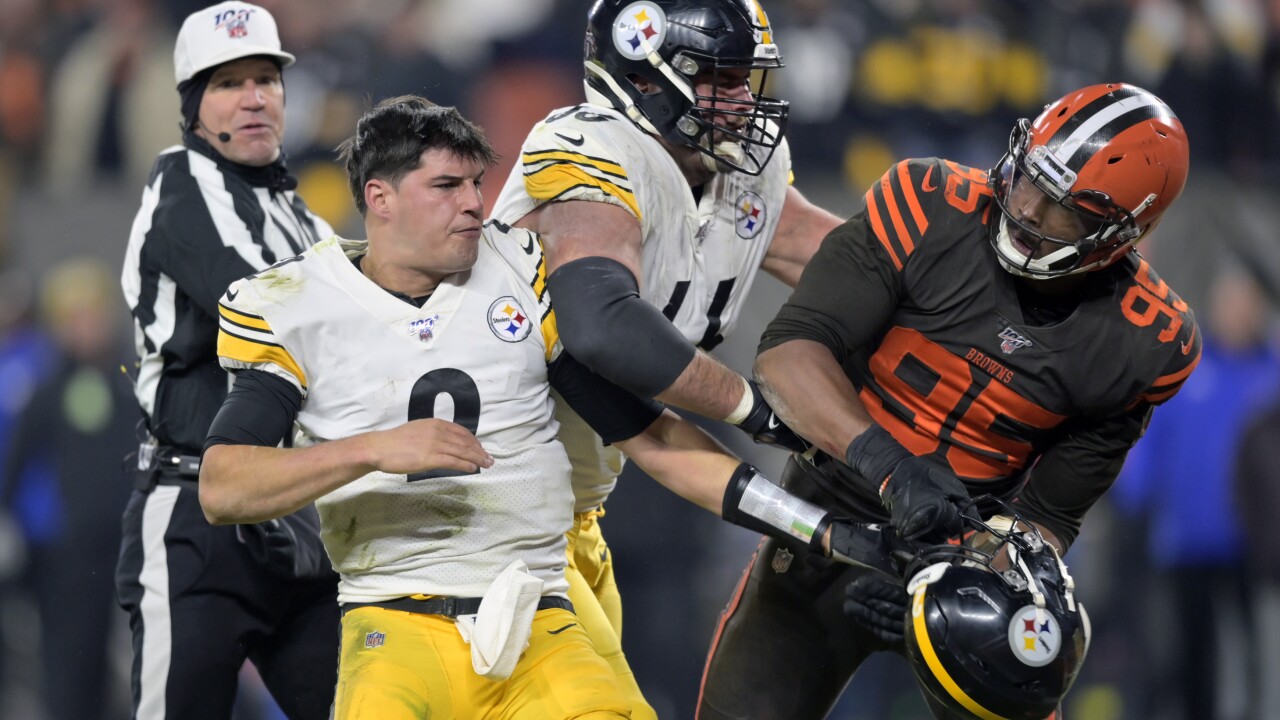 The agent for Steelers quarterback Mason Rudolph says Cleveland defensive end Myles Garrett opened himself up for potential legal action after reiterating his claim that Rudolph used a racial slur shortly before their infamous brawl in November.

During an interview with ESPN, his first since being hit with a suspension after slugging Rudolph in the head with Rudolph’s own helmet in the final seconds of a Browns win on Nov. 14, Garrett said Rudolph called the defensive end “the N-word.”

Rudolph, as he did when Garrett made the claim while appealing the suspension in November, called the allegation “a disgusting and reckless attempt to assassinate my character.” Tim Younger, Rudolph’s agent, went a step further. Because Garrett conducted the interview in California, Younger said Garrett’s “defamatory statement” has now exposed the former No. 1 pick to “legal liability.”

Pittsburgh coach Mike Tomlin also came to Rudolph’s defense. Tomlin said he interacted with “a lot” of people within the Browns’ organization in the aftermath of the fight and that no player or coach indicated there was a racial element to the incident.

“In my conversations (with the Browns), I had a lot of sorrow for what transpired,” Tomlin said in a statement.

The NFL said there was no evidence of Rudolph using a slur when it handed out an indefinite suspension to Garrett, a suspension which ended when he was reinstated earlier this week. Garrett, however, hinted the league may know more that it has revealed.

“Most quarterbacks wear mics in their helmets. He somehow lost his helmet and had to get another one without a mic,” Garrett told ESPN. “There were guys who were mic’d up near me — near us — during that time who didn’t hear anything. And from what I’ve heard, there have been audio during that game that could have heard something or could not have heard something, but they don’t want to say. So, something was said. I know something was said and whether the NFL wants to acknowledge it, that’s up to them.”

NFL spokesman Brian McCarthy referred to the league’s original finding in an email to The Associated Press on Friday.

“As we said at the time the allegation was made, we looked into the matter and found no such evidence,” said McCarthy. “There was no sound recorded from the field during that game. As with every game, there were microphones on the center or interior linemen that help amplify the ambient sound as the quarterbacks were calling signals at the line of scrimmage. But they do not record sound. Microphones are opened from the break of the huddle (or when the center places his hand on the ball in a no-huddle offense) through the snap of the ball.”

Although Garrett insists Rudolph used the slur to provoke, the former No. 1 overall draft pick wants to put the incident behind him.

“But I don’t want to make it a racial thing, honestly,” he said. “It’s over with for me and I am pretty sure it’s over with for Mason, so we just move past that and keep on playing football.”