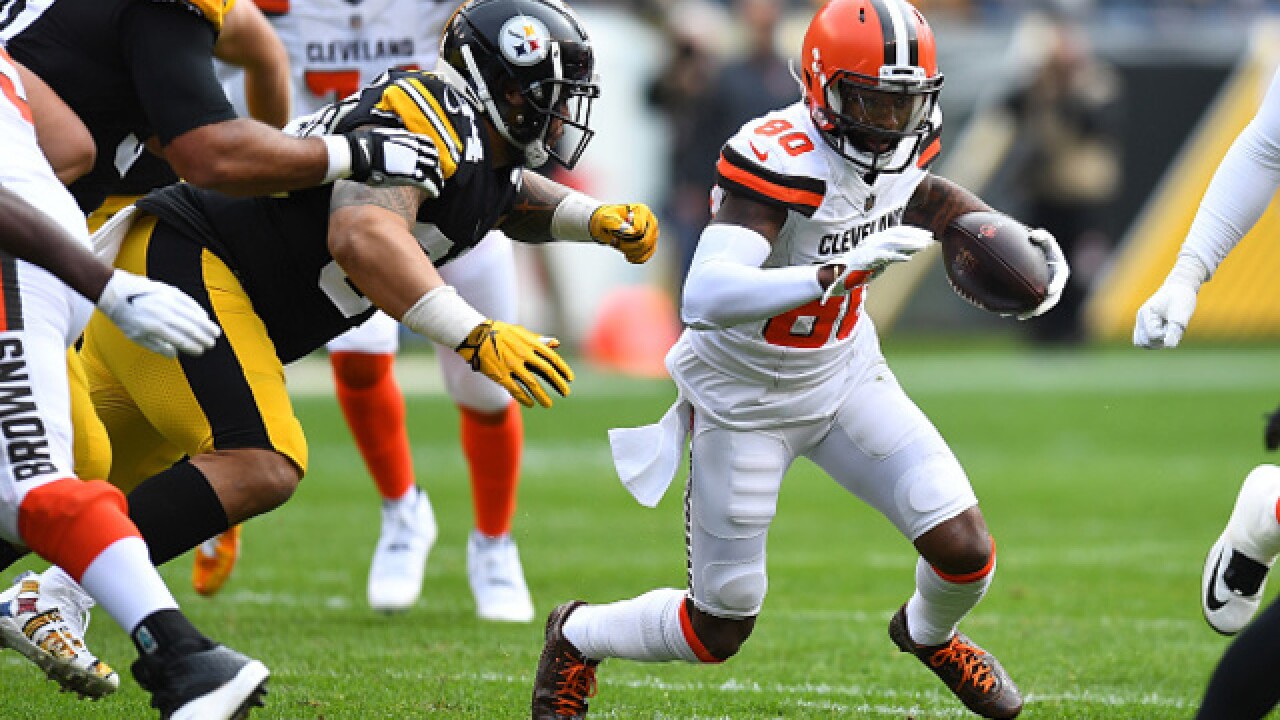 Copyright 2018 Scripps Media, Inc. All rights reserved. This material may not be published, broadcast, rewritten, or redistributed.
Joe Sargent
PITTSBURGH, PA - OCTOBER 28: Jarvis Landry #80 of the Cleveland Browns runs up field after a catch during the first quarter in the game against the Pittsburgh Steelers at Heinz Field on October 28, 2018 in Pittsburgh, Pennsylvania. (Photo by Joe Sargent/Getty Images)

BEREA, Ohio — Jarvis Landry learned about the Cleveland Browns 1995 move to Baltimore Thursday, according to ESPN.

Landry wasn't aware that the Ravens began as the Browns team that Art Modell moved.

The team moved from Cleveland to Baltimore after the 1995 season - then won the Super Bowl following the 2000 season.

"I wish we could tie and nobody gets in," Landry said.