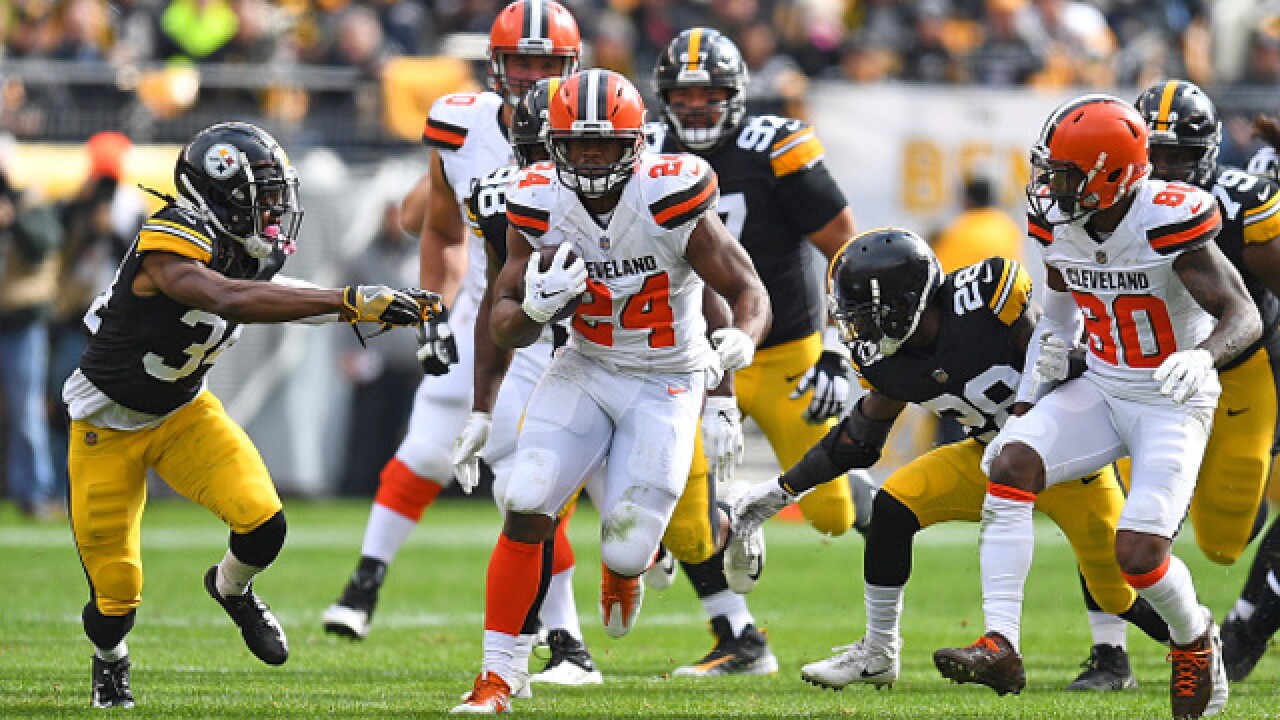 Copyright 2018 Scripps Media, Inc. All rights reserved. This material may not be published, broadcast, rewritten, or redistributed.
Joe Sargent
PITTSBURGH, PA - OCTOBER 28: Nick Chubb #24 of the Cleveland Browns rushes the ball against the Pittsburgh Steelers during the first half in the game at Heinz Field on October 28, 2018 in Pittsburgh, Pennsylvania. (Photo by Joe Sargent/Getty Images)

CLEVELAND — The tables have officially turned.

We played around with the New York Times playoff simulator, and there are only two ways the Pittsburgh Steelers can get into the playoffs, and one scenario relies on the Cleveland Browns winning.

If the Browns beat the Ravens on Sunday, they will have their first winning record since 2007 but they will also allow the Steelers to get into the playoffs.

If the Ravens win, the Steelers will have to beat the Bengals and the Titans and Colts have to tie for Pittsburgh to get into the playoffs.

The Browns take on the Ravens in Baltimore Sunday at 4:25 p.m.