The three ways Kareem Hunt is helping the Browns win 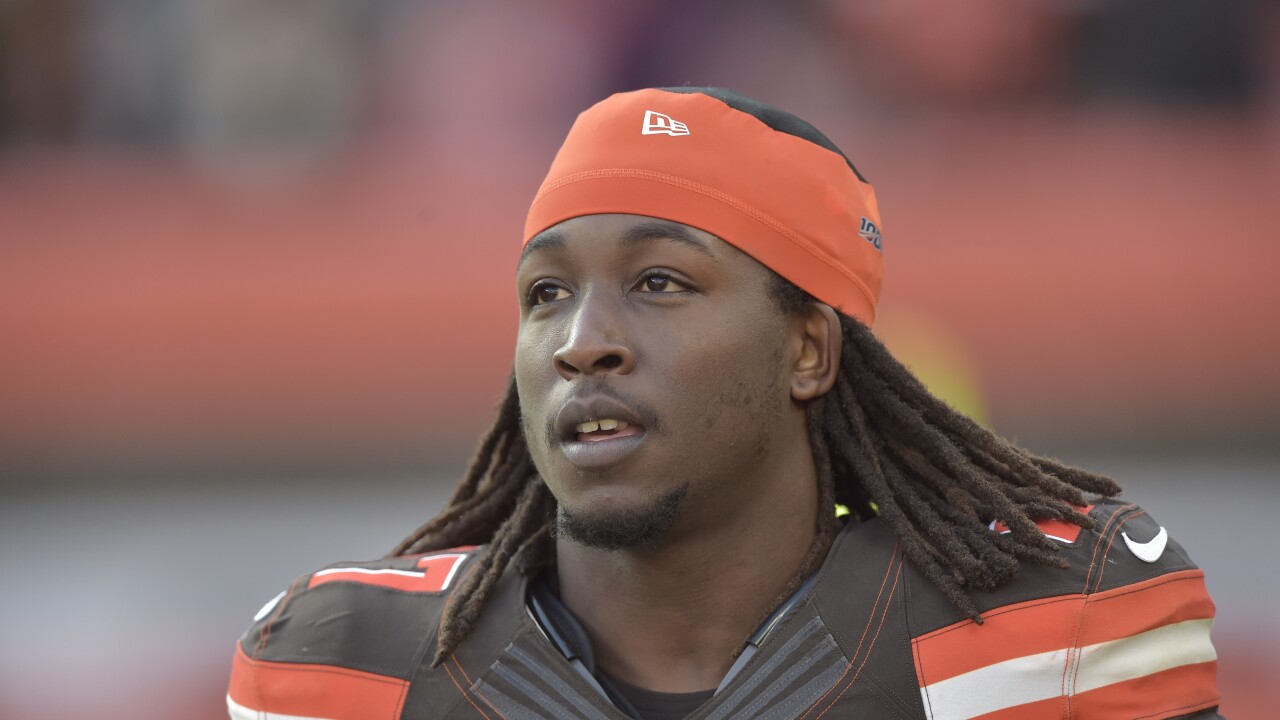 David Richard/AP
Cleveland Browns running back Kareem Hunt (27) walks on the field at halftime of an NFL football game against the Miami Dolphins, Sunday, Nov. 24, 2019, in Cleveland. The Browns won 41-24. (AP Photo/David Richard)

CLEVELAND — There were a lot of good things to take away from the Browns' win over the Dolphins on Sunday afternoon. While Baker Mayfield, Nick Chubb, Odell Beckham Jr., and Jarvis Landry all had impressive outings, there’s someone else who needs to be discussed—the hometown kid, the one whose appearance on the field the last three games has coincided with the salvation of Mayfield, the offense and the entire season.

Kareem Hunt was signed by the Browns in February, disgraced, and at a personal low point, after being released by the Chiefs when a video of a violent incident at a Cleveland hotel surfaced and was made public. It's a mistake that will, for Hunt, follow him throughout his career and beyond.

Without trying to bury his truth, Hunt has worked to restore his image and get back on the field. Since signing with the Browns, the Willoughby native has served an eight-game suspension, spoken to high school students about his mistakes, attended weekly counseling and even got baptized. The running back has done a lot of changing off the field, and in the few games he’s played in this season, Hunt has also changed a lot on the field, helping to create a better version of the Browns.

He does it all

Hunt is a triple-threat. He runs the ball with ease, he succeeds as a pass catcher, and he executes crucial blocks each game. In the three games that Hunt has been eligible to play for the Browns, he’s caught 15 of his 20 targets for 99 yards and carried the ball 18 times for 79 yards, proving valuable as a third-down back and creating a deeper threat for the Browns' running game behind Chubb. Most impressively, Hunt has stepped up and provided key blocks throughout the last three games, including one against the Steelers that allowed Mayfield time to get his pass off and find Landry in the end zone for six.

“He is a good football player. He is certainly capable of making those game-changing plays,” said offensive coordinator Todd Monken.

Hunt showed that to be true on Sunday, executing a quick-thinking block on a Miami linebacker that saved the Browns a turnover after a botched snap left Mayfield scrambling for the ball, providing the quarterback time to dive on it and save possession.

Hunt has done all of this without stealing any limelight. Since his debut, Chubb has not seen a loss of touches. Chubb has averaged 20 carries a game this season, and in the three games Hunt has been active, Chubb has recorded 20, 27 and 21 carries.

He hasn’t taken any targets away from Landry or Beckham either, who have received more than their average targets this season through the past three games.

In a season of turmoil for the Browns, the player who looked like one of the biggest questions marks has kept his focus on the game and on producing for his team.

“It’s really starting to click. I’m fitting in, really. I enjoy running the ball and fitting with this offense,” Hunt said.

With the last three games resulting in wins for the Browns, there are three things that have remained undefeated in Cleveland so far this season: vertical end zone stripes, the team's new mascot SJ, and Kareem Hunt.