What the Browns aren't doing right, according to Freddie Kitchens 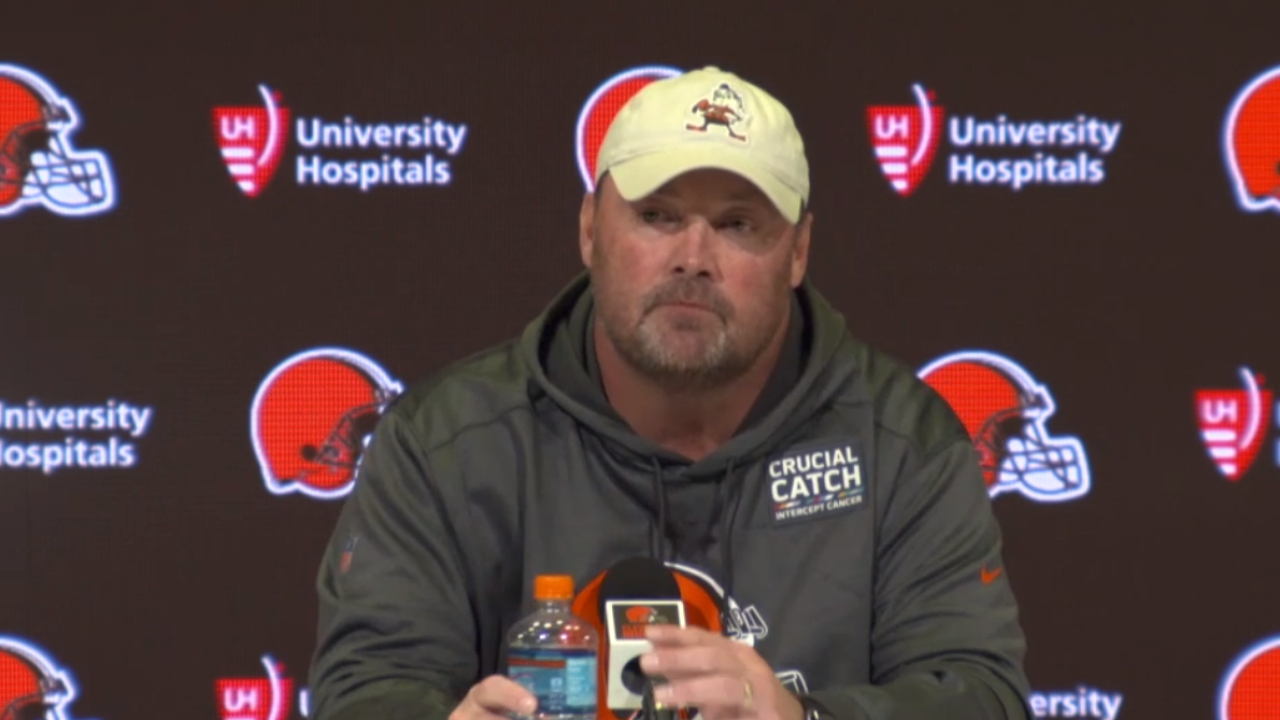 BEREA, Ohio — With Hue Jackson, his stock answer during press conferences was always, “I’ll have to go back and watch the tapes."

With Freddie Kitchens, it's become "execution."

The Browns held a press conference Monday where Kitchens took questions from Cleveland media about the team's woeful 2-6 start, and the rookie Browns head coach said the same word over and over and over.

“We go out every day and try and improve our execution," he said. "We try to play better on Sundays, and in a lot of areas we did play better. We’ve just got to execute when we get into the red zone and we’ve got to execute better in critical situations.”

The Browns have struggled all season when in scoring position. During Sunday’s game against the Broncos, they drove into the red zone on seven different occasions but only scored a touchdown on one of them.

“When you get into the red zone, the field shrinks. You have to be more precise in everything you do, whether it’s running, blocking, receiving, running routes, throwing, everything,” Kitchens said. “You have to have a better sense of awareness and instincts, so we have to try to get better in those areas.”

When asked if the lack of production from Odell Beckham Jr. might be contributing to issues in the red zone, Kitchens once again blamed execution.

Targeting stars like Beckham would be the easy answer, but one Kitchens doesn’t think will always work.

“Sometimes there’s other factors that factor in as far as their coverages go,” Kitchens said.

Kitchens opted not to discuss the incident involving safety Jermaine Whitehead, who was cut a few hours before the press conference following a Twitter tirade in which he threatened fans and a Cleveland radio host.

Where was Chubb on third down?

When asked why running back Nick Chubb wasn’t on the field and didn’t get the ball on 3rd or 4th-and-short, Kitchens said that they have a lot of different options and chose to run with Dontrell Hilliard and then run a quarterback sneak with Baker Mayfield, neither of which worked.

“It didn’t work, so it’s going to be second-guessed,” Kitchens said.

Many Cleveland fans are worried about dysfunction within the Browns organization. Mayfield has called out the lack of discipline and accountability within the team.

Kitchens addressed the questions surrounding the lack of discipline, in regards to Whitehead, as well as the "Joker" cleats that Jarvis Landry and Odell Beckham Jr. were forced to change out of at halftime because they violated the league’s uniform standards.

The Browns have not had a great season, and Denver was a game fans had penciled in as a sure win, but Kitchens was able to find some positives from Sunday’s loss while bringing it back to his point of improving execution.

“We didn’t have any penalties on offense, we didn’t turn the ball over so we’re always going to have a chance to win, now we just have to execute better. As far as the execution goes, that goes on a player-by-player basis,” Kitchens said. “It could be this player this time, this player another time. Just, overall, we need to execute better.”

Kitchens is aware that the team has not met expectations but hasn’t lost hope yet.

“We’re starting today. We need to be 1-0 at the end of this week,” Kitchens said. “We want to stay in the moment with this week. These first eight games do not matter. It’s not where we want to be, but it's where we are and that’s what our record is so we have own that. But we also have to recognize the fact that we’ve got a new week this week that we have to prepare or we’re going to be answering and talking about the same things that we were talking about last week.”

Kitchens and his team will work to correct their mistakes before they take on the Buffalo Bills Sunday at FirstEnergy Stadium, where they will, one hopes, execute better.

RELATED: Former Browns player Joe Thomas says he will come out of retirement for 1 million retweets