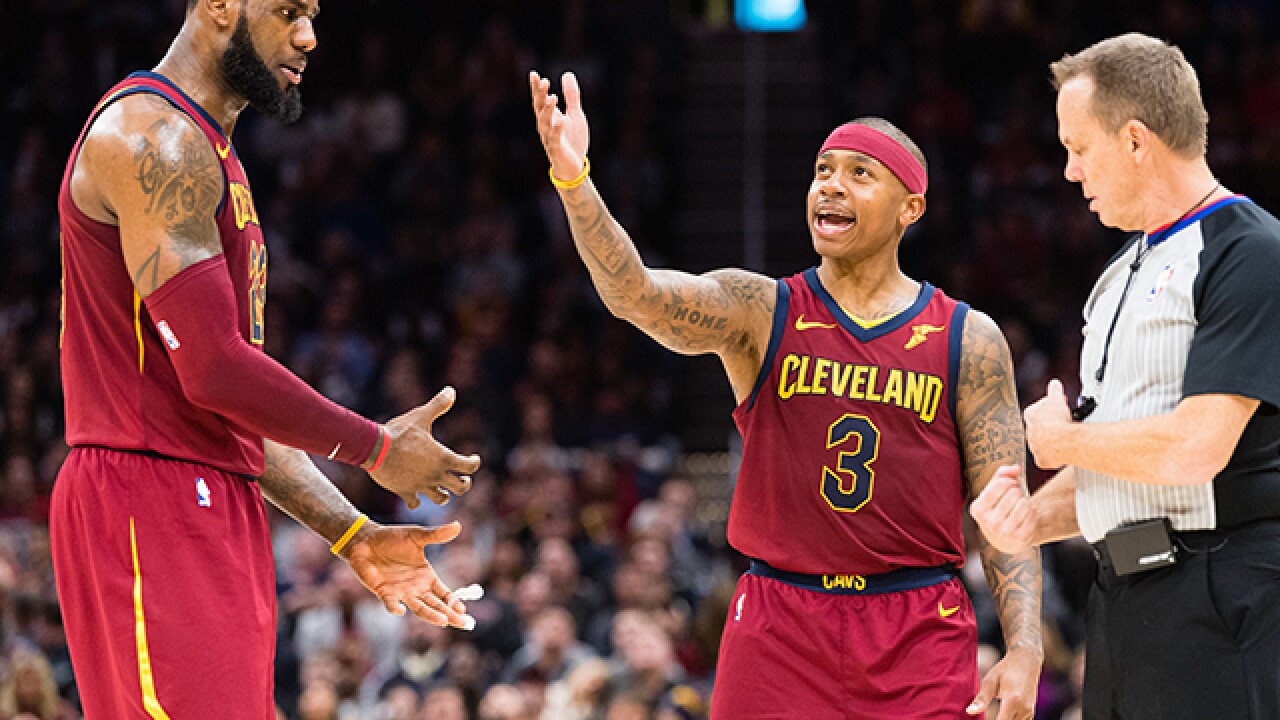 Image copyright 2018 Getty Images. All rights reserved. This material may not be published, broadcast, rewritten, or redistributed.
<p>CLEVELAND, OH - JANUARY 2: LeBron James #23 an Isaiah Thomas #3 of the Cleveland Cavaliers argue a call with referee Bill Spooner #22 during the second half against the Portland Trail Blazers at Quicken Loans Arena on January 2, 2018 in Cleveland, Ohio. The Cavaliers defeated the Trail Blazers 127-110. NOTE TO USER: User expressly acknowledges and agrees that, by downloading and or using this photograph, User is consenting to the terms and conditions of the Getty Images License Agreement. (Photo by Jason Miller/Getty Images)</p>

Isaiah Thomas had some words for Cleveland— a city he spent more time in being injured than actually playing in—15 games to be exact.

In a live video on Saturday night, he mocked the city he spent little time in. He called Cleveland  "a s***h***."

He talks about the various cities he's played for, adding "I can see why LeBron left—again."

In a second video, Thomas said "I shouldn't have said that. That was my fault. Cleveland was actually cool, it was all right. The situation just wasn't the best."

I apologize for my choice of words about Cleveland. I was on my live playing around. They don’t show you everything for a reason smh. Right after that I clarified what I said.... All love to everybody who had love for me in Cleveland.

But the damage was done.

Jalen Rose disagreed with Thomas' comments about Cleveland, even mentioning how at least Cleveland won a recent championship, compared to Sacramento.

Isaiah Thomas can say what he wants - it’s a free country. But having never made any positive contributions during his brief stop in Cleveland, his uninformed views about our great city and state lack any credibility.