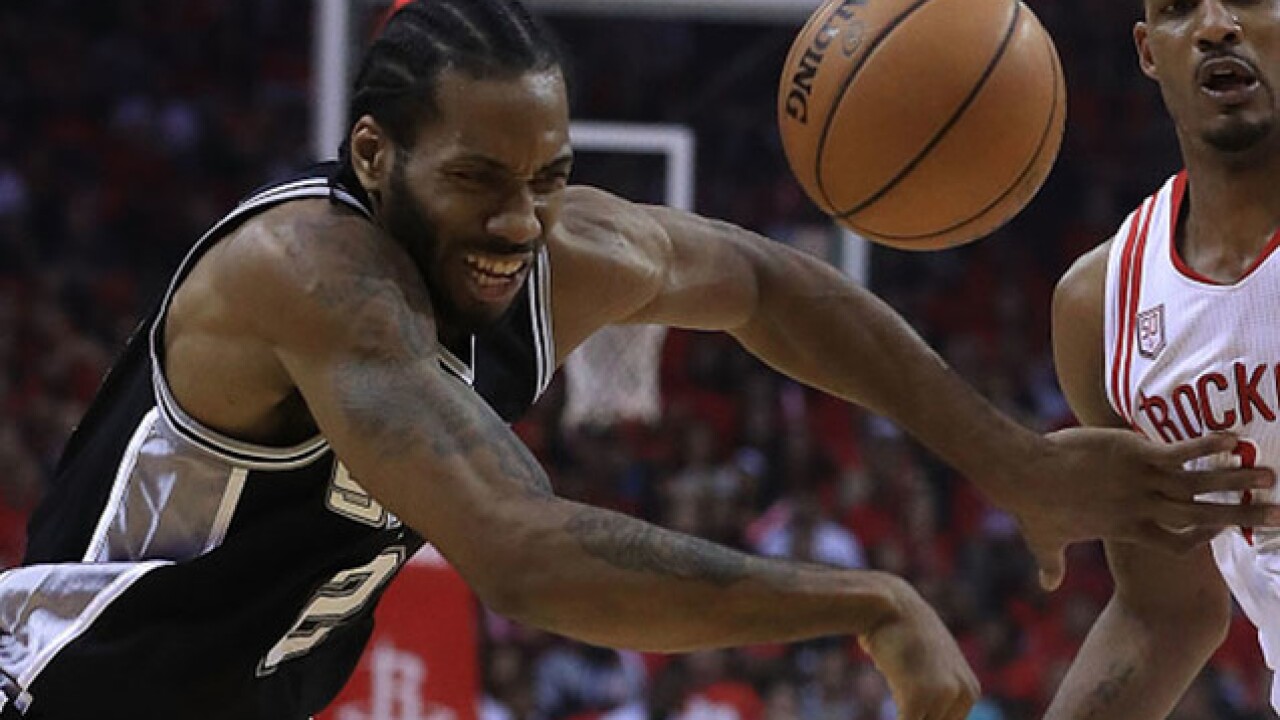 Image copyright 2018 Getty Images. All rights reserved. This material may not be published, broadcast, rewritten, or redistributed.
Ronald Martinez
<p>HOUSTON, TX - MAY 05: Kawhi Leonard #2 of the San Antonio Spurs battles for the ball against Trevor Ariza #1 of the Houston Rockets during Game Three of the NBA Western Conference Semi-Finals at Toyota Center on May 5, 2017 in Houston, Texas. NOTE TO USER: User expressly acknowledges and agrees that, by downloading and or using this photograph, User is consenting to the terms and conditions of the Getty Images License Agreement. (Photo by Ronald Martinez/Getty Images)</p>

LeBron James will have to wait another year to see if Kawhi Leonard will join him with the Lakers. The Toronto Raptors have agreed to a deal to acquire the All-NBA forward Leonard from the San Antonio Spurs in a trade announced on Wednesday.

The two teams have been talking about the trade for two weeks, ESPN reports.

All-Star forward DeMar DeRozan is the key player heading to the Spurs in a trade involving other players and picks.

Leonard has indicated that he plans to sign with the Lakers in free agency next summer, according to ESPN.

What does that mean for LeBron? It could be a long year for the NBA's best player on a non-championship contending Los Angeles Lakers team. Then again, on the other hand, LeBron now has excellent access to In-N-Out burgers now. Life can be so bittersweet.