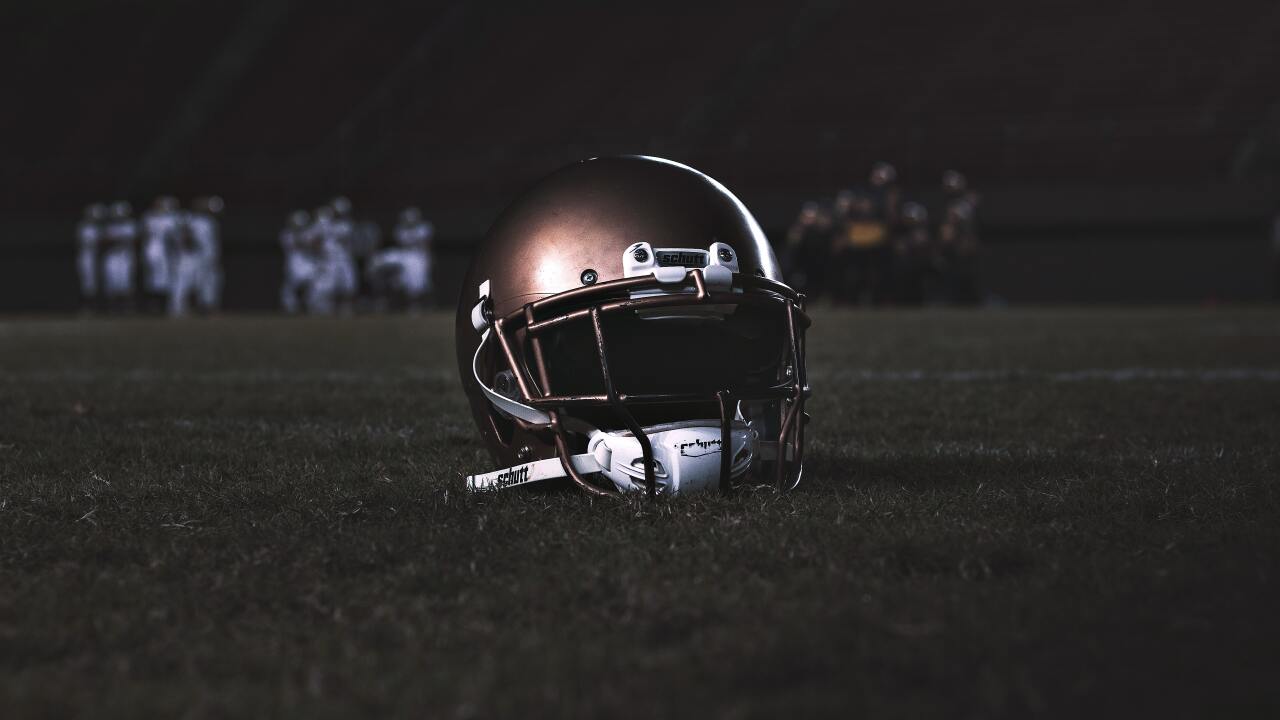 Stock image of a football helmet on the field.

AKRON, Ohio — "The Akron Holy War" and "The Game" will be featured as part of the 2019 Great American Rivalry Series.

Selected for the seventh time as one of the top 100 high school football rivalries in the country, St. Vincent-St. Mary and Archbishop Hoban will face off at InfoCision Stadium, fighting for a win and the coveted Ancient Order of the Hibernians Shillelagh Stick—which is awarded to the winner of each year’s rivalry game.

With a winning streak on the line, the Knights will try to retain possession of the Ancient Order of the Hibernians Shillelagh Stick as they take on the Fighting Irish on Sept. 27.

Another Northeast Ohio high school rivalry has been selected to the play in the national showcase.

The Massillon Tigers will take on the Canton McKinley Bulldogs at Tom Benson Hall of Fame Stadium on Nov. 2.

This will be the 12th time for the game to be featured as part of the rivalry series.

A nearly 100-year rivalry, the Tigers and Bulldogs have played in 129 games. Massillon has won 71 of those, Canton McKinley has won 53 and they have tied five times.

With a win, the team that comes out on top will earn the right to paint their school's colors on the "Victory Bell."