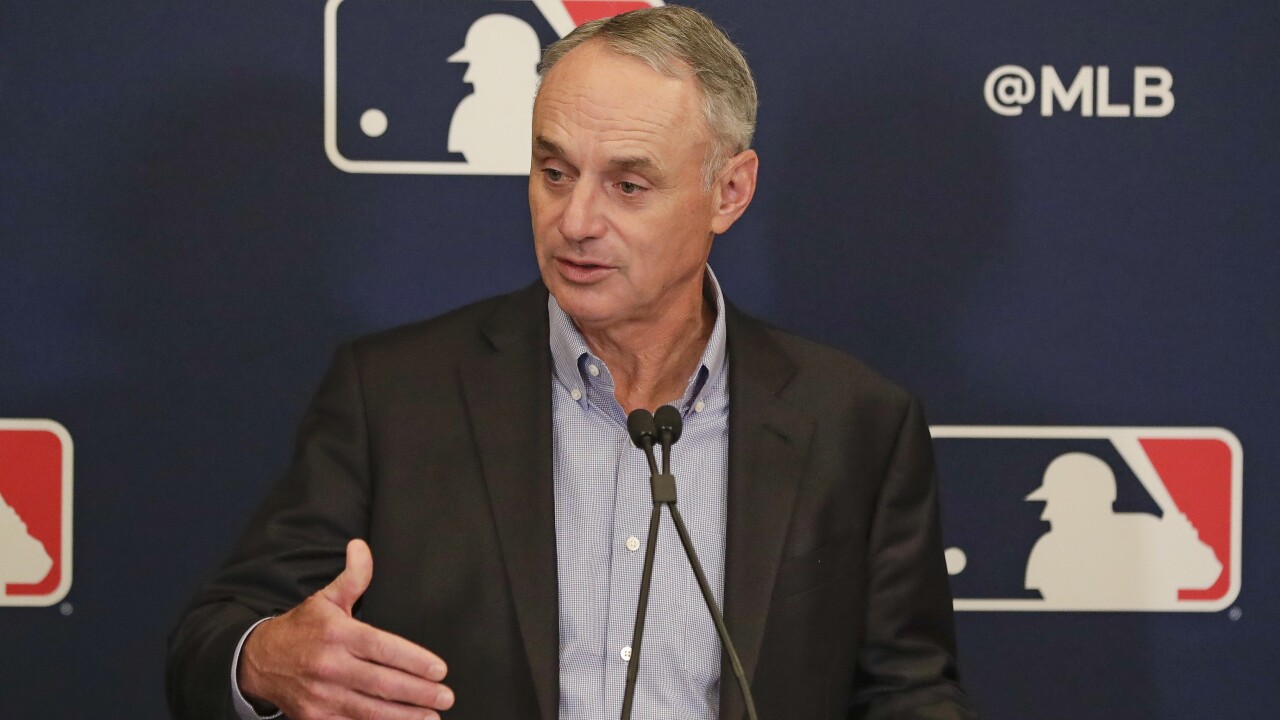 Just last week Major League Baseball commissioner Rob Manfred was confident in a return for the 2020 season. Now, it appears his confidence has wavered.

During the MLB Draft, Manfred said that he was certain the league would return for the 2020 season.

On Monday, however, Manfred walked back that certainty in a discussion with ESPN’s Mike Greenberg during a “Return of Sports” special.

"I'm not confident. I think there's real risk, and as long as there's no dialogue, that real risk is going to continue," Manfred said. “The owners are 100% committed to getting baseball back on the field. Unfortunately, I can’t tell you that I’m 100% certain that’s going to happen.”

The comments by Manfred only increase the uncertainty surrounding the 2020 MLB season after the commissioner’s office told the players association it will not proceed with a schedule unless the union waives its right to claim management violated a March agreement between the two sides, according to the Associated Press.

Manfred previously threatened a shorter schedule, to which the union could file a grievance arguing players are owed hundreds of millions of dollars in damages due to a shorter season. In March an agreement was made to work together in good faith to practice, play and compete in the fullest season and post-season possible, AP said.

MLBPA Executive Director Tony Clark issued a statement Saturday in regards to the back and forth between the league and its players, saying that players agreeing to hundreds of millions of dollars in concessions would be “unwarranted” and “unfair."

MLB issued a statement in response that same evening, saying that players receiving all of the revenue in a season played without fans would be “unfair to the thousands of other baseball employees.”

“We are disappointed that the MLBPA has chosen not to negotiate in good faith over resumption of play after MLB has made three successive proposals that would provide players, Clubs and our fans with an amicable resolution to a very difficult situation caused by the COVID-19 pandemic. The MLBPA understands that the agreement reached on March 26th was premised on the parties’ mutual understanding that the players would be paid their full salaries only if play resumed in front of fans, and that another negotiation was to take place if Clubs could not generate the billions of dollars of ticket revenue required to pay players. The MLBPA’s position that players are entitled to virtually all the revenue from a 2020 season played without fans is not fair to the thousands of other baseball employees that Clubs and our office are supporting financially during this very difficult 2020 season. We will evaluate the Union’s refusal to adhere to the terms of the March Agreement, and after consulting with ownership, determine the best course to bring baseball back to our fans.”