Philly police used Crisco to keep fans from climbing poles, which, naturally, only encouraged them 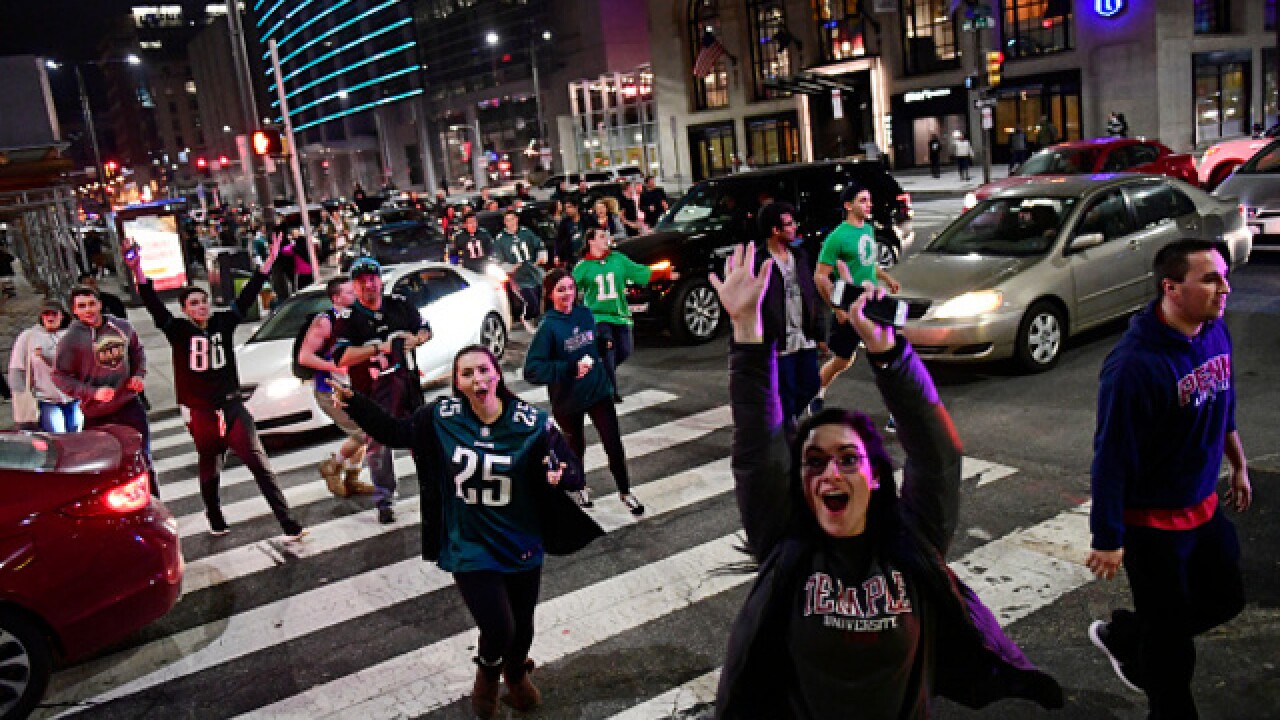 Image copyright 2018 Getty Images. All rights reserved. This material may not be published, broadcast, rewritten, or redistributed.
Corey Perrine
<p>PHILADELPHIA, PA - JANUARY 21: Philadelphia Eagles fans celebrate running and marching on North Broad Street downtown near City Hall on January 21, 2018 in Philadelphia, Pennsylvania. Supporters celebrated in the streets the 38-7 win over the Minnesota Vikings in the NFC Championship game. (Photo by Corey Perrine/Getty Images)</p>

Eagle fans are waking up on cloud nine after their team beat the Minnesota Vikings to secure a spot in the Super Bowl.

But it could've been a long, hard fall down from victory for fans who decided to climb the light poles on the city's streets.

Fans crowded the streets of downtown Philadelphia to celebrate the team's victory.

In an effort to stop fans from climbing light poles, police used Crisco to grease the poles as an extra precaution.

The city of Philadelphia is greasing the town's light poles to prevent fans from climbing on them in the event of an Eagles win.

Did it work? Nope.

The Eagles famously built a special jail in their stadium to incarcerate the team's own fans so, yeah, of course this wasn't going to work.

City workers in Philadelphia greased many of the city’s light poles to prevent Eagles fans from climbing them after the NFC Championship game. It looks like these happy fans were up for the challenge. https://t.co/Jqou2RxP08 pic.twitter.com/r0E1vzQ0CY