Return of the Crunch: After nearly 20 years, professional indoor soccer is returning to Cleveland 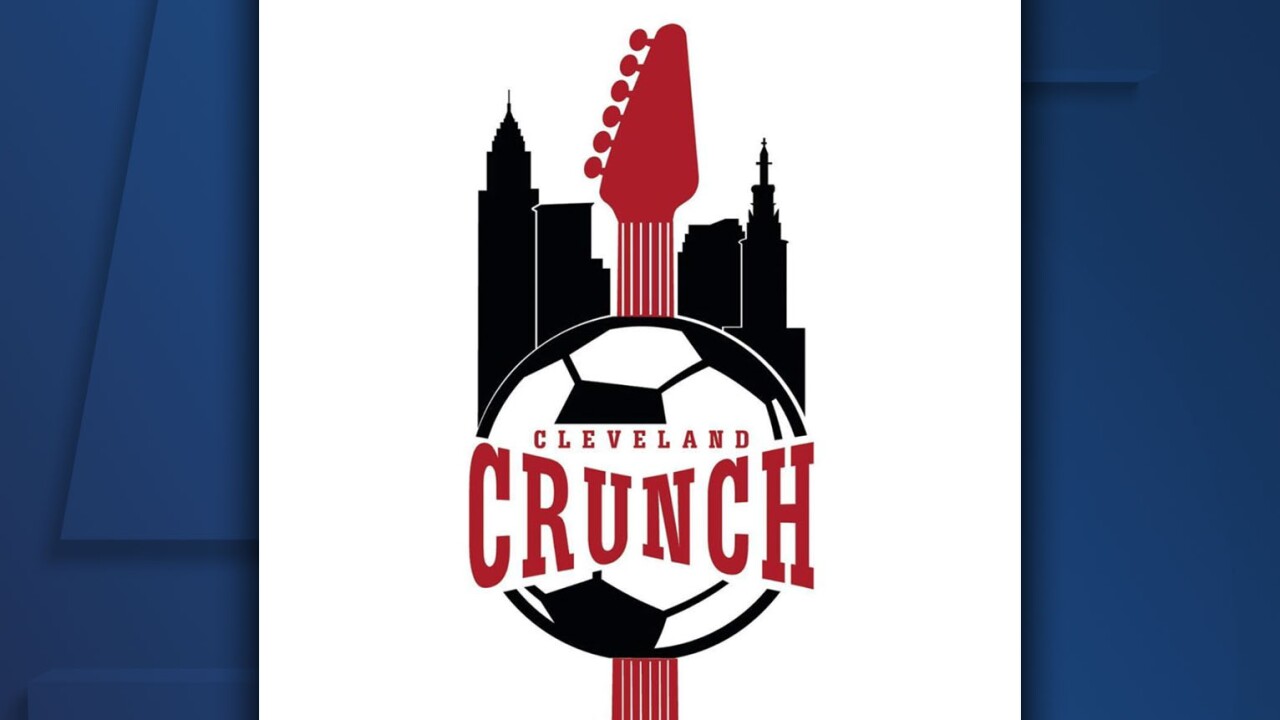 CLEVELAND — Cleveland sports fans who remember the teams of the 1990s will be able to recall a World Series-bound Indians, a talented Cavaliers organization still reeling from the pain caused by Michael Jordan and the Chicago Bulls, and of course a Bill Belichick led Browns team that was unspeakably moved out of the city. But there was another team that brought exciting success to Cleveland—a team that is now on its way back to existence.

For those who don’t remember, the Cleveland Crunch were a professional indoor soccer club formed in 1989 as an expansion team in the Major Indoor Soccer League (MISL). In 1992 the Crunch joined the National Professional Soccer League (NPSL) where it made a name for itself as a dominating soccer club, winning three championships in five seasons.

The Crunch originally played at the Richfield Coliseum but were moved to the CSU Convocation Center, now known as the Wolstein Center. Attending a Crunch game was a staple for many families and children growing up in the 90s.

Marinaro, Karic and Orf were superstars in Cleveland and brought a championship feeling to a city so desperately longing for it.

May 14,1999 - A night to remember: After a disappointing start to the 1998-1999 season, the Crunch found themselves back in the NPSL finals competing for their 3rd championship in franchise history. On May 14,1999 the 5 game series returned to Cleveland tied 2-2 as the Crunch hosted mid-west rivals, St. Louis Ambush, in game 5 of the 1999 NPSL finals. Fans filled the CSU Convocation Center setting an NPSL playoff record of 12,726. The rest is simply history... 🙌 Fun fact: It was an historical night for the Crunch. Aside from the record setting attendance, Zoran Karic tallied 6 assists setting an NPSL record for most assists in a playoff game.🤟🎸 ° ° ° ° ° ° ° ° ° ° ° ° ° ° ° ° ° #ItsCRUNCHTimeCleveland #Coming2021 #IndoorSoccer #Soccer #MASL #MASL2 #MASL3 #CLECRUNCH #ProfessionalSports #Cleveland #216 #TheLAND #ClevelandCrunch #theClevelandCrunch #CHAMPIONS #CLEsports #OHIOsports #fútbol #futból #futebol #fodbold #nogomet #calcio #ArenaSoccer #Score #CRUNCH #ClevelandEntertainment #MajorArenaSoccer #MajorArenaSoccerLeague #sports

Eventually the Crunch was sold by owner and Akron businessman George Hoffman and after the NPSL formed the new MISL, the team was renamed and became the Cleveland Force in 2002. The team folded three years later, professional indoor soccer in Cleveland was no more and the city saw the end of an era.

In the years that professional indoor soccer has been out of Cleveland, some have long forgotten about the exciting championship caliber team of the 90s—but that was not the case for Luciano Ruscitto and Eric Davis who have teamed up to bring the Crunch back to Cleveland.

Ruscitto, a special education teacher and JV soccer coach at Mentor City Schools, and Davis, who worked in sales before dedicating himself to reviving the Crunch, met each other in 2012 at Lake Erie College where they played soccer together. The two bonded right away and realized they had both grown up as passionate Crunch fans and together came up with the idea to bring the team back, this time in the Major Arena Soccer League (MASL).

“I started to do some research and found out through the legal side that there were some things open to us for an opportunity to bring this team back, so Luciano reached out to me and from there we just hopped right into it,” Davis said. “We started talking to owners around the league, gathering some more analytical data needed to support a business plan and we structured our business plan.”

From there, Ruscitto and Davis began developing a youth camp and quickly making a dream to revive the Crunch a reality.

Ruscitto said that the MASL told them what they would need to do in order to get the team off the ground and that’s exactly what they did.

“We were able to, through our research, find out that the trademark was available so we were able to purchase that and brand our new logo,” Ruscitto said.

With an organization in place, the next step is filling a roster with players, and Ruscitto and Davis have a plan for that as well.

“We’re planning to have open tryouts by the end of November held at the Soccer Sportsplex in North Olmsted,” Ruscitto said.

During those tryouts, former Crunch players—including Marinaro, the former Crunch star—have signed on to help evaluate talent and build the roster.

Ruscitto and Davis said players have already found the team’s social media pages and have inquired about tryouts, hoping to land a spot on the revamped Cleveland Crunch.

The two have filled out plenty of paperwork over the last few months and are in the application process to have the Crunch incorporated into the MASL.

Ruscitto and Davis are working hard to revive the Crunch, and as their current timeline goes, the team is expected to have it’s full return in 2021.

Davis said the 16-month timeline gives the team time to strategize, market the team and communicate with the MASL to develop a plan to launch into the league.

The Crunch’s return is in its early stages and Ruscitto and Davis still need to find a venue for the team play in, which they are currently in the process of doing.

“We’re in active conversation with a couple venues but outside of that it hasn’t been set in stone where our home venue is going to be at,” Davis said.

“That’s the biggest underlying factor that we have right now,” Ruscitto said. “We want to keep it downtown. It has to be downtown, because it’s Cleveland. If we’re going to be in the premiere league it has to be, so that’s our primary focus right now is leaning towards securing that because that in turn will help us sell sponsorships and structure tickets, things like that.”

With venue talks in the works, the team can also begin to think about logos, uniforms and mascots.

Davis said Kickster the dinosaur mascot from the 90s will be back with a new look, as will the logo, which has been revamped to combine the classic logo with the soccer ball pushing into the team name and the updated logo that featured a guitar to honor the home of the Rock and Roll Hall of Fame.

What was once an Instagram poll, has now turned into a professional indoor soccer team returning to Cleveland. That’s right Cleveland soccer fans! The Cleveland Crunch is expected to return to Cleveland with a November 2021 target date. Our President, Eric Davis, interviewed with The Beautiful Game Network to share his and his team’s journey thus far, as well as give an inside scoop of what fans can expect in upcoming months. Read more here: https://www.bgn.fm/the-cleveland-crunch-will-return-professional-soccer-to-the-land-in-2021/ #ClevelandCrunch #soccer #MASL #clevelandparent #clevelandsoccer #professionalsoccer #crunchreturns #soccer #indoorsoccer #soccerlife #soccerinspiration #soccerincleveland #soccerskills #summer2020 #2021 #professionalindoorsoccer

Ruscitto and Davis are excited to continue this adventure together and hope that the return of the Crunch will bring a sense of nostalgia to fans of the 90s team while at the same time creating a new generation of indoor soccer fans.

“For us to be able to help bridge that gap between the new era and our generation, it’s going to be fun. I think ultimately it’s going to create a great path for everyone to really enjoy the game of soccer at the professional level in Cleveland,” Davis said. “The Crunch holds a lot of nostalgia in the city still. This team holds a lot of weight, this team carries a legacy that involves championships so we know we have big shoes to fill coming back.”

To learn more about the new Cleveland Crunch, click here.