Shaq helps out Florida driver stranded by a blown tire

When former NBA star Shaquille O'Neal saw a motorist stranded on the side of the road Monday, he pulled over to help. He even gave responding sheriff's deputies a fist bump. 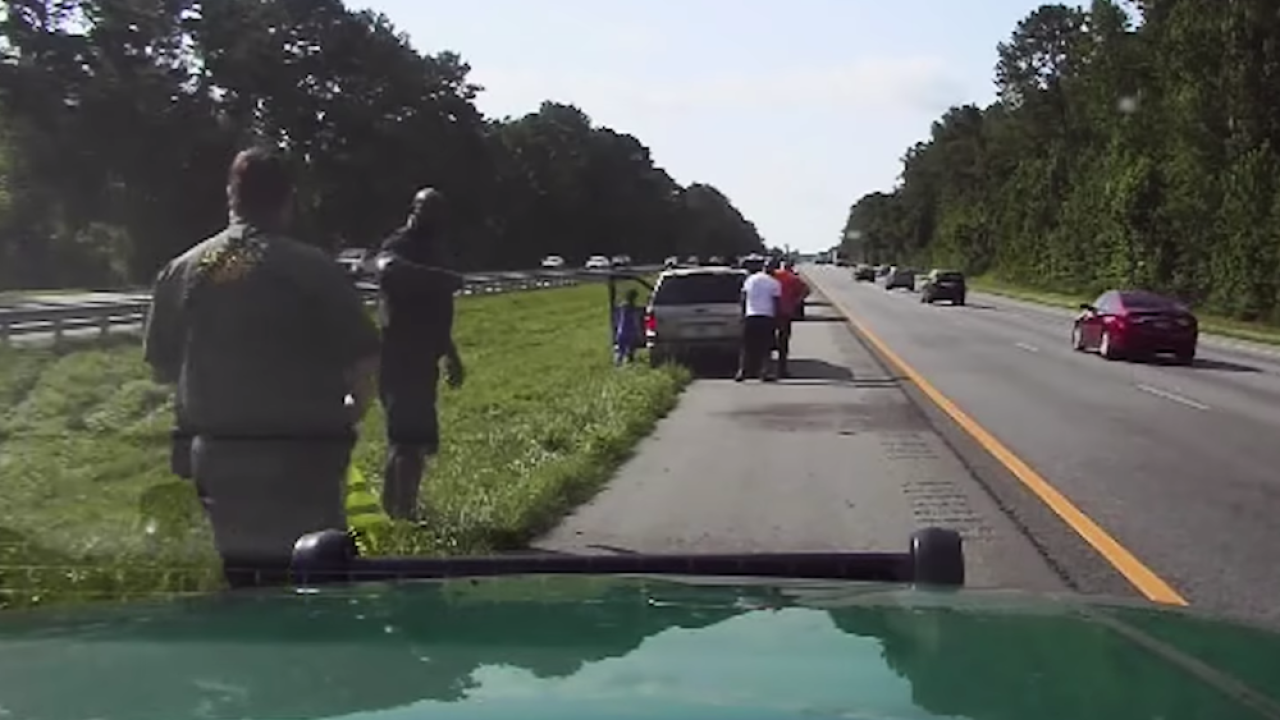 The Alachua County Sheriff's Office said in a Facebook post that O'Neal stayed with the woman on Monday until deputies arrived at the scene.

He fist-bumped the deputies who thanked him for his help.

The woman is heard on the video posted to Facebook telling deputies that her tire blew out, forcing her to stop.

O'Neal, who lives in the Orlando area, said he was passing through Gainesville.