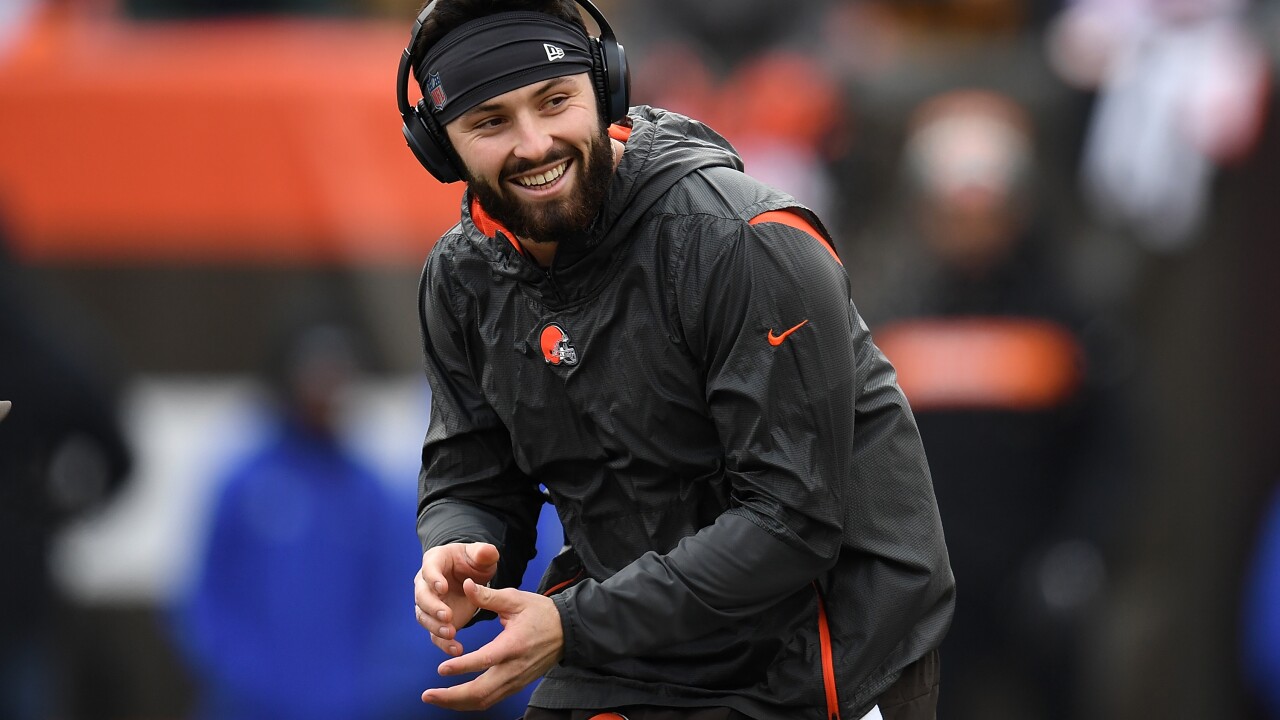 CLEVELAND — Cleveland Browns fans know that quarterback Baker Mayfield is a star on the field, but he proved Sunday that his talent goes beyond football.

Mayfield was featured with many other NFL players past and present in the NFL 100 Super Bowl commercial celebrating the leagues 100th season.

Watch the commercial below:

In the commercial, the players are fighting over a football that has fallen on the floor during a ceremony.

Mayfield is sitting with New England Patriots quarterback Tom Brady and tells him to "Get out there, old man."

Brady hands Mayfield his five Super Bowl rings and says "Hold these," in an epic moment.

All that's left to do now is wait for the commercial with Mayfield handing off his Super Bowl rings that he'll win with the Browns.