Which team each state thinks will win the 2019 NBA Finals

Mike Ehrmann/Getty Images
MIAMI, FL - JUNE 20: The Larry O'Brien Championship Trophy is seen before Game Seven of the 2013 NBA Finals between the Miami Heat and the San Antonio Spurs at AmericanAirlines Arena on June 20, 2013 in Miami, Florida. NOTE TO USER: User expressly acknowledges and agrees that, by downloading and or using this photograph, User is consenting to the terms and conditions of the Getty Images License Agreement. (Photo by Mike Ehrmann/Getty Images)

CLEVELAND — With just eight wins and 32 loses so far this season, many Cleveland Cavaliers fans have come to terms with the team not making a NBA Finals appearance for the first time in four years.

The Cavs have a 2,000-to-1 shot at winning the 2019 NBA Finals, according to betting-trend site OddsShark. With the odds against Cleveland, many people have moved on and started looking elsewhere to pick who will who will win this year's championship.

Apparently, Ohio is all in on the Toronto Raptors, according to an online study.

Sports betting site RealBookies created a map based on geotagged Twitter data since Dec. 1 and determined what teams people expect to win the 2019 NBA Finals based on location. 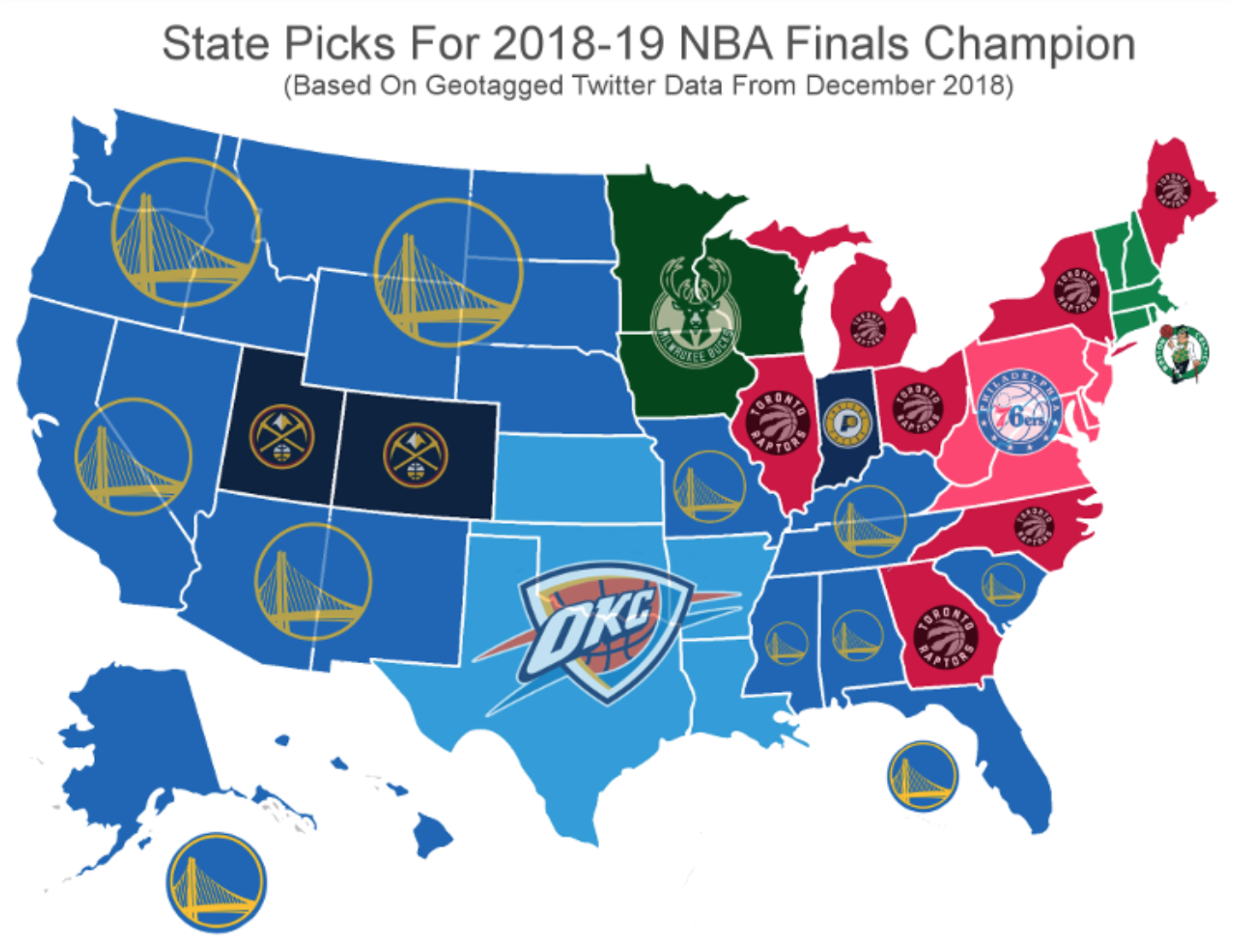 A query was run in every state for phrases and hashtags such as “NBA Finals Champion”, “NBA championship”, “#nbafinals”, “#nbafinalschampion” and others. The results revealed which team was mentioned most in association with those phrases.

21 states believe the Golden State Warriors will win their third straight championship this year, including most of the West Coast, a majority of the South and even Alaska and Hawaii.

Seven states, including Ohio, believe the Raptors will win the championship, according to the the research.

Neighbor states Pensylvania and West Virginia are on the Philly bandwagon along with four other states who believe the Philadelphia 76ers will take the Larry O’Brien Trophy home.

Five New England states believe that the Boston Celtics will win the championship, but Maine is apparently pulling for the Raptors, according to the map.

A handful of states believe either the Denver Nuggets, OKC Thunder, or the Milwaukee Bucks will walk away winners.

Indiana is holding strong with their beliefs that the Pacers will win their first ever NBA Championship this season, according to the data.

Surprisingly, no state picked the LeBron James-led Lakers team or the Houston Rockets, who were a favorite at the beginning of the season.

Not-so-surprisingly the Cavs failed to make it on the map.

There is still plenty of time left in the season, and the map will most likely change drastically as the postseason approaches.