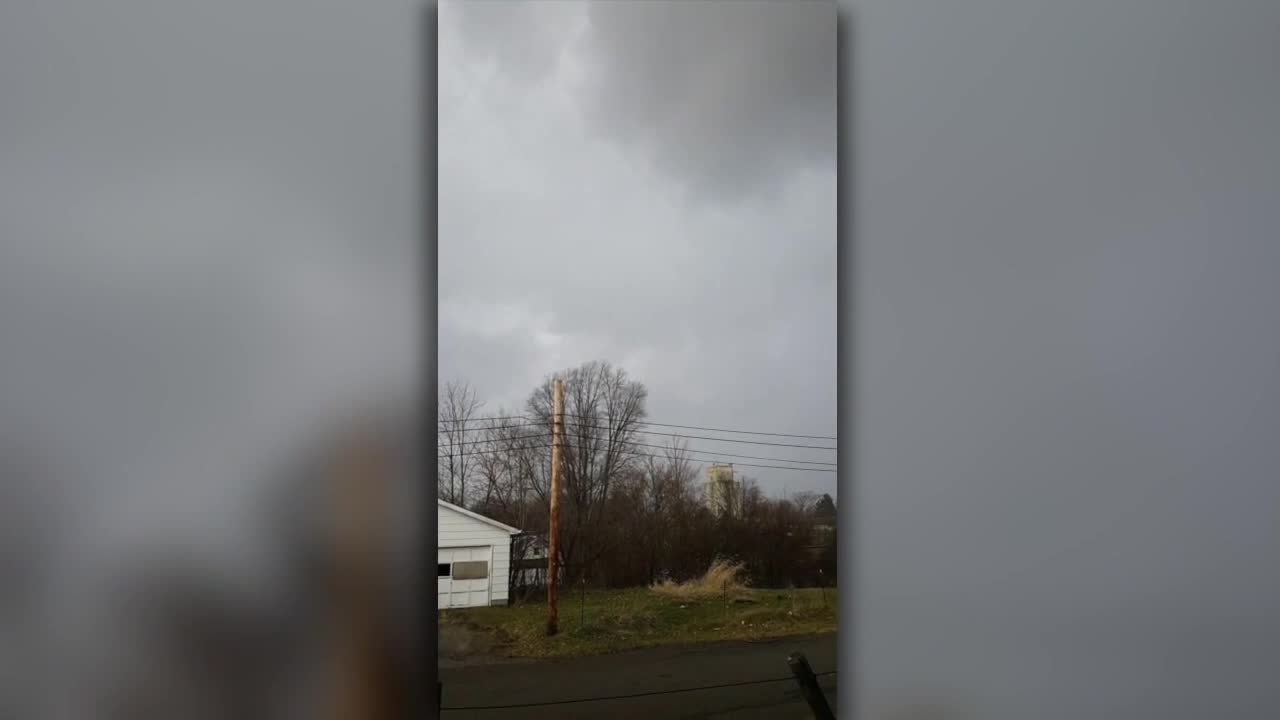 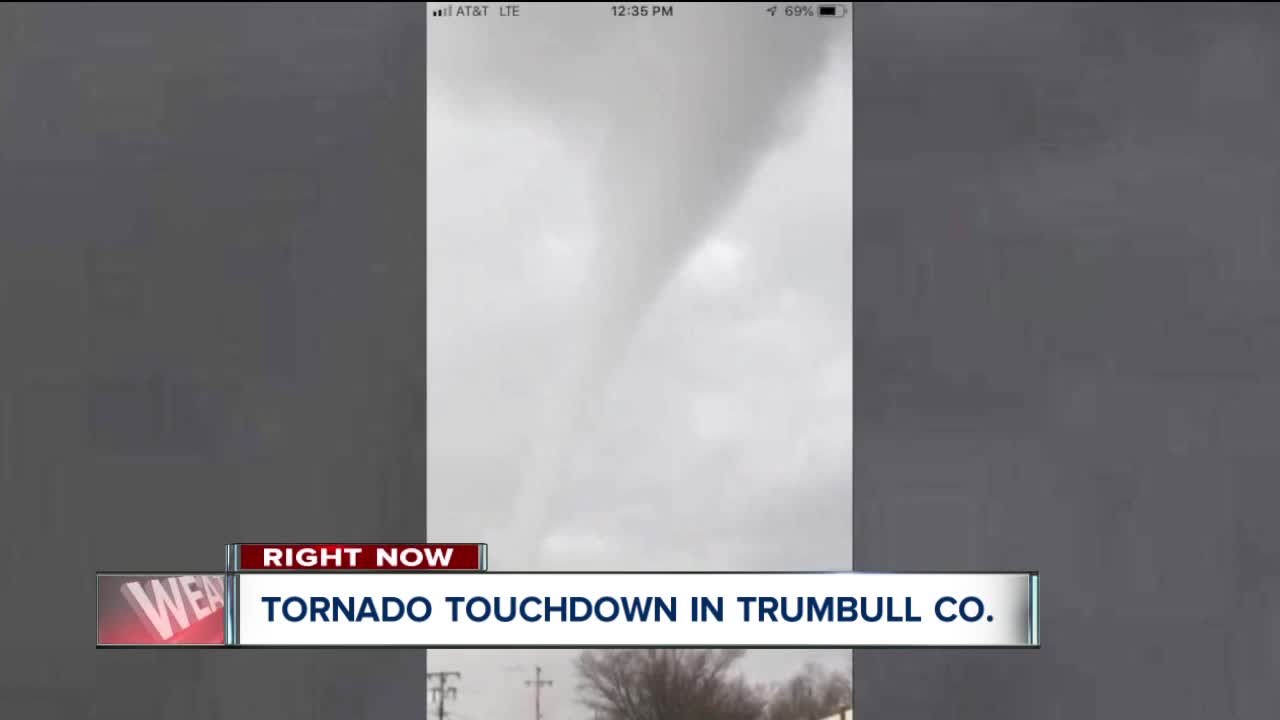 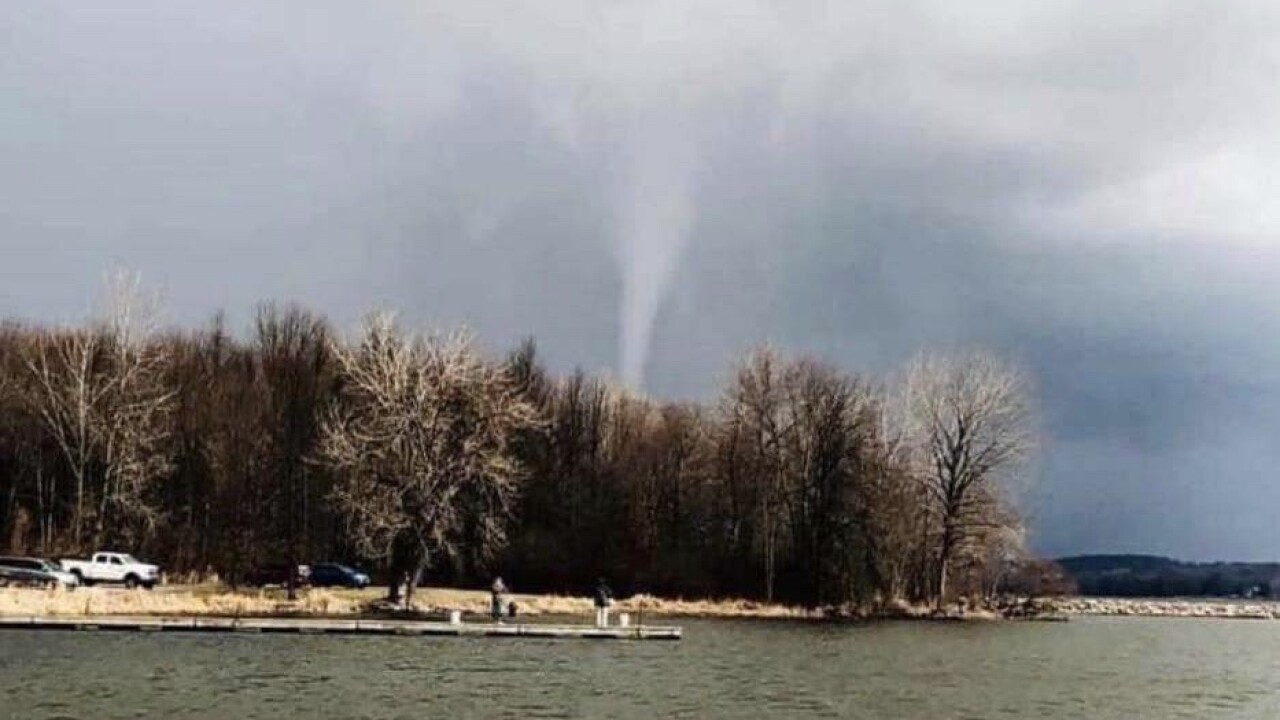 CORTLAND, Ohio — After surveying downed trees and wires in Cortland, the National Weather Service confirmed an EF-1 tornado touched down on Tuesday just northeast of Champion Township in Trumbull County.

Representatives from the NWS say the tornado touched down at approximately at 10:25 a.m.

The tornado moved eastward across Mosquito Creek Lake and into the western part of Cortland, the NWS confirmed.

“The clouds got really black above us,” said resident Keith Chandler

Several trees and wires were knocked down in the tornado's path. The tornado caused significant damage to a cemetery outbuilding.

“Storms like this come through all the time, just not expecting it in January,” said Chandler

The path of the tornado was approximately 4.5 miles long.

The NWS reported no injuries or deaths as a result of the tornado.

“The electric went out and I heard thunder,” said Nancy Hughes who was sitting in her living room of her Cortland home.

According to Cortland Fire Chief David Ray, cars were damaged by trees that had fallen on top of them as well as power lines that were torn down.The most damage centered around North Bank, North High and North Mecca streets.

Police captured what appeared to be the tornado crossing Mosquito Lake near Cortland around 10:30 a.m. Tuesday.

Another citizen spotted a funnel cloud in Bazetta Township in Trumbull County.