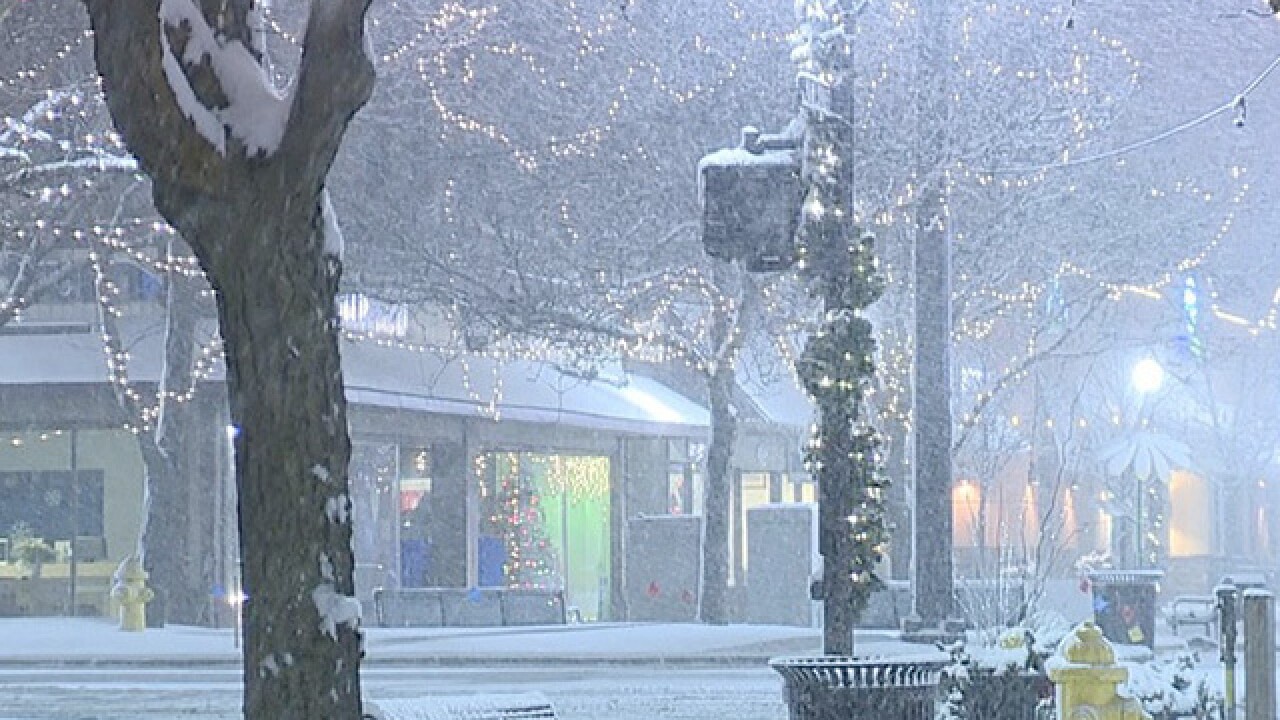 With another wave of snow headed our way, stay up-to-date with weather and weather-related changes here.

Residents across Northeast Ohio are waking up to snow following heavy snowfall early Thursday morning. While most of the snow has stopped, there are lingering pockets that may produce snowfall for the morning commute.

If the track of this incoming system maintains, we could easily see 1-3" across the area by tomorrow morning. Higher amounts the farther Northeast you go. Cleveland has a good shot at 4-5" by morning. Be prepared! pic.twitter.com/l9uWJuhxDV

UPGRADE: Winter Storm Warnings have been issued for northeast parts of the area. Heaviest snow is expected tonight. No changes to the Winter Weather Advisories elsewhere. #ohwx #pawx pic.twitter.com/caXrKcabni

Updated snapshot of the radar. Still watching this lake-enhanced band of snow. With the wind coming from the North/Northeast, this is expected. pic.twitter.com/mRBmeGjHMl

As of 7:00 a.m. on Thursday there are more than 300 school closings and delays across Northeast Ohio. Find the complete list here.

Take the extra time to brush off any snow on your car before heading out this morning! https://t.co/eFPifuS9JW