WHAT TO EXPECT: Snow moves in to Northeast Ohio

After a cold, but pretty snow-less November, December is going to try to make up for it.

In general, it's going to be cold for the next week and a half. I expect highs to remain below 40° and lows in the lower 20s. 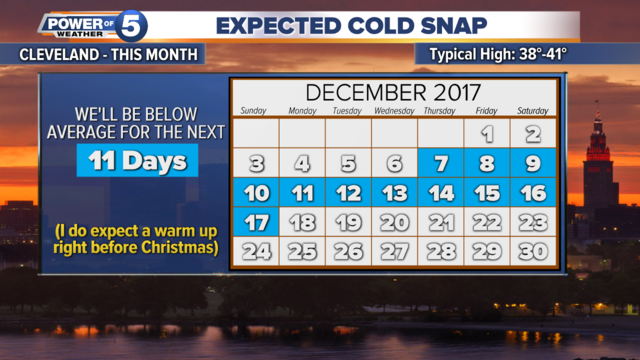 Let's break down what you can expect over the next few days.

Colder air and strong wind. Perhaps a spotty flurry in the afternoon. But no major snowfall or rain is expected. Part of that is because of the direction of the wind. Since it's coming from the Southwest, it's very difficult to get lake effect snow in our area. 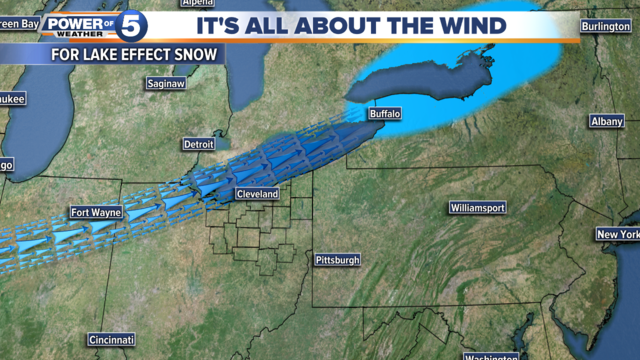 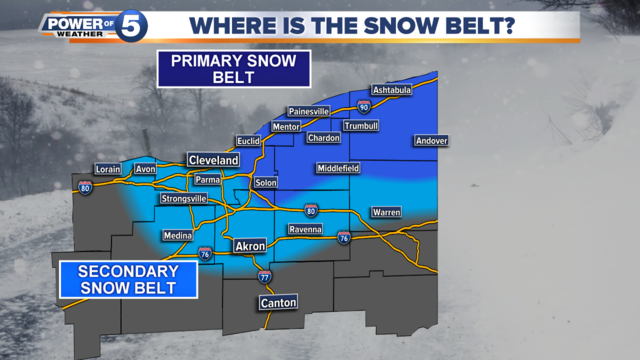 A band of snow should be developing first thing Thursday morning. That band of snow will continue off and on through the day Thursday, leading to some decent snowfall amounts. Here again, the best chance for this snow will be from about Euclid to Ashtabula. 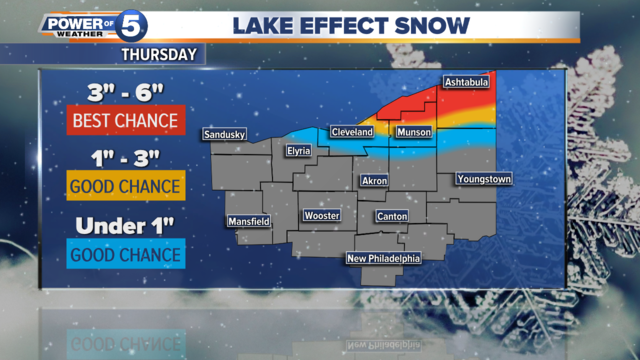 It's possible a little light snow dips into downtown Cleveland and even as far East as Avon. Amounts would be pretty low if this happens. And for those who live South of I-80, you will likely wind up free of snow.

Now the cold is a different story. Everyone will deal with some cold air Thursday. Highs will be on the lower 30s at best, feeling more like the 20s when you add in the wind.

There may be some lingering lake effect snow in far Northeast to start the day, otherwise we'll dry out with sunshine coming back.

The cold air will remain in place and the wind picks up even more, so wind chills will be a factor through the day.

An actual storm system will move into the area. This will be different than lake effect snow bands. Since this is an actual system--and area of low pressure--there will be widespread chances for snow in our area. At this point it's far too early to say "for sure" how much snow we could get. Early indications suggest it could be a couple of inches. However, timing of the system, as well as it's exact track, will play roles in how much snow we see.

The one thing we do know for sure: it will remain cold! Highs remain below 32 degrees. And if we do get a few inches of snow Saturday, it would make Sunday pretty cold...highs in the 20s. 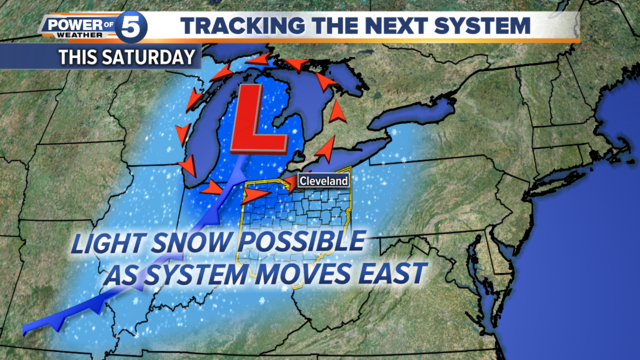 Yet another storm system could roll into the Great Lakes. It brings more cold air and another chance for some widespread snow--which could mix with a little rain on Monday. 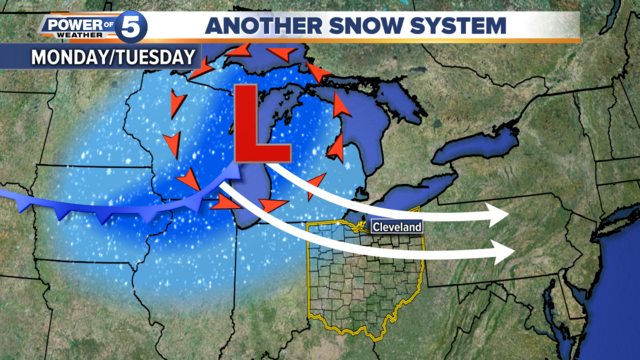 As always, our Power of 5 weather team will continue to monitor and track these systems. We'll give you updates on air, online and on your device, so stick with us as the first snow starts to stick. And by the way, don't forget about our handy Winter Weather Guide so you are prepared for another Winter in Northeast Ohio.