Will we get snow on Christmas? 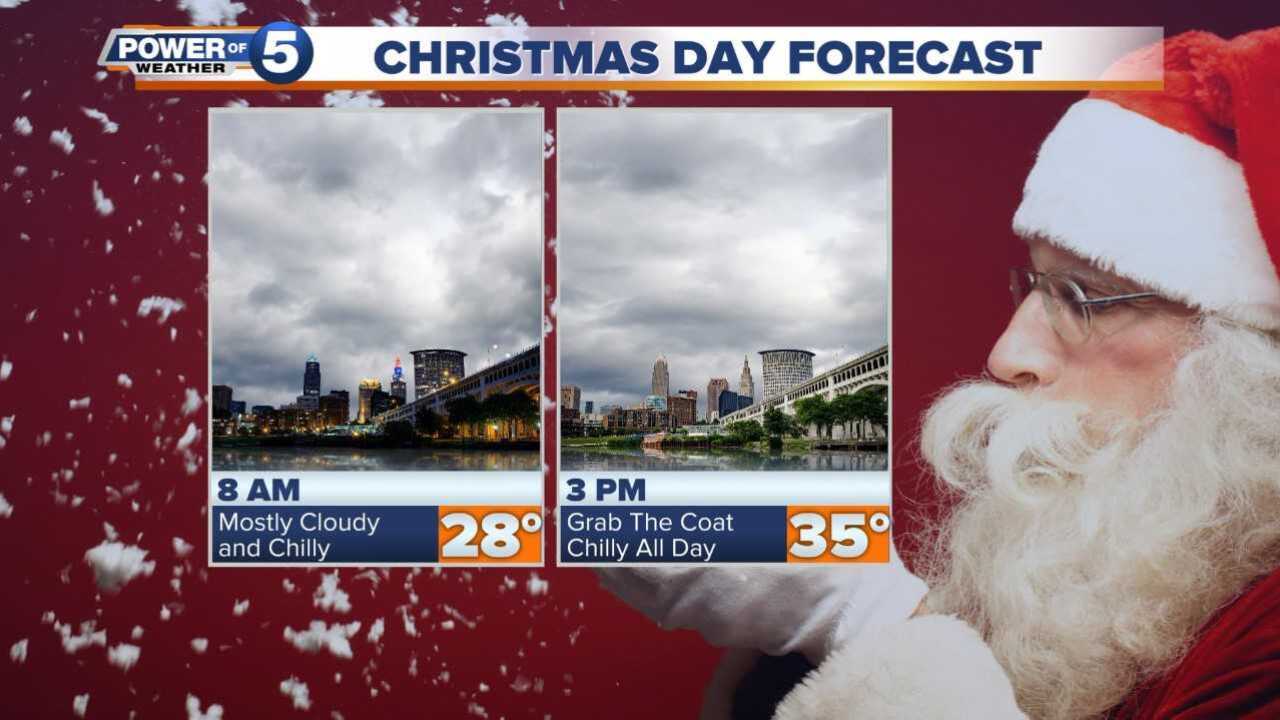 CLEVELAND — Christmas is the only day of the year that everyone wants snow. But what are the chances that we will get to experience a white Christmas?

The Cleveland area has had a white Christmas the last three out of six years. But this year, we may not be so lucky.

According to the forecast, there is a 25 percent chance that we will get snow.

If there is snowfall on the ground, it will most likely fall before Christmas.

Right now it appears that our best chance for snow will be Friday night into Saturday morning, with a few inches of snow possible in the snow belt region and lower amounts everywhere else.

There will also be a chance for additional light snow Sunday night into early Monday morning.

For the holiday to be considered a "White Christmas" there needs to be at least one inch of snow on the ground.

If at least an inch of this snow that we may get from the two snow events in the forecast sticks around for Tuesday, we would still have a white Christmas. The chances are just not that high right now.