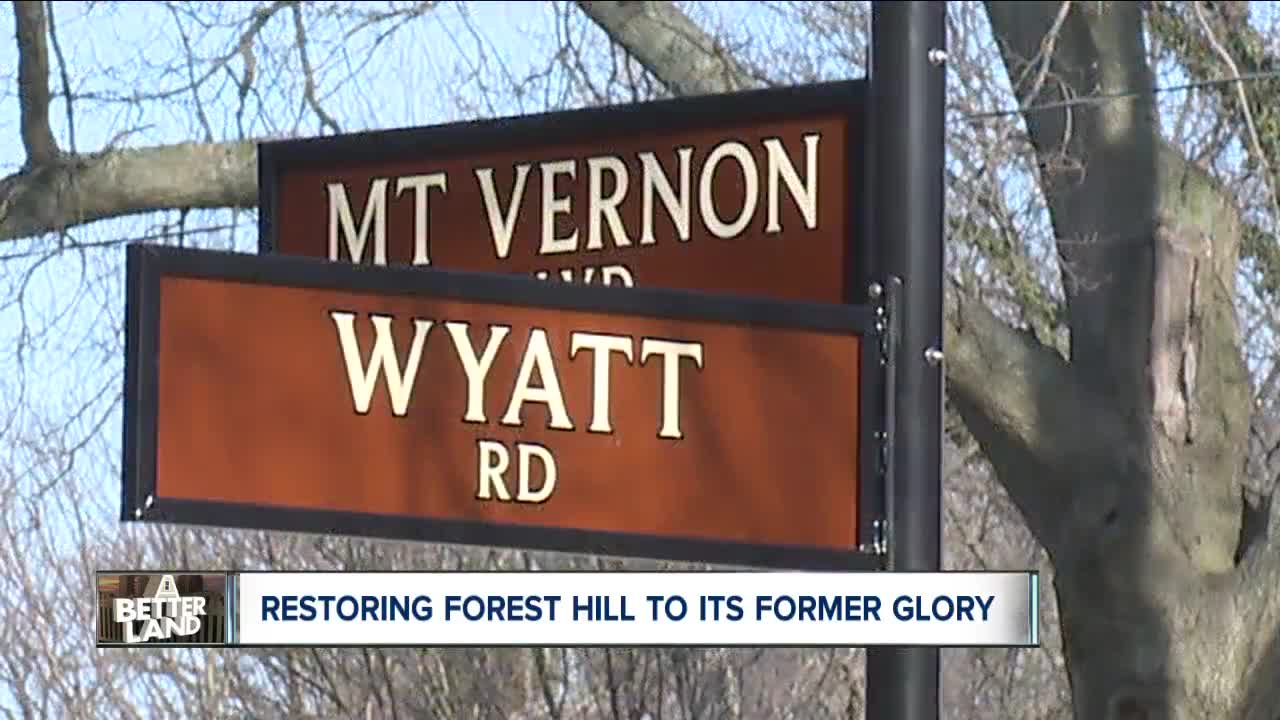 A community group raised money to get replica's of the original 1920s street signs . 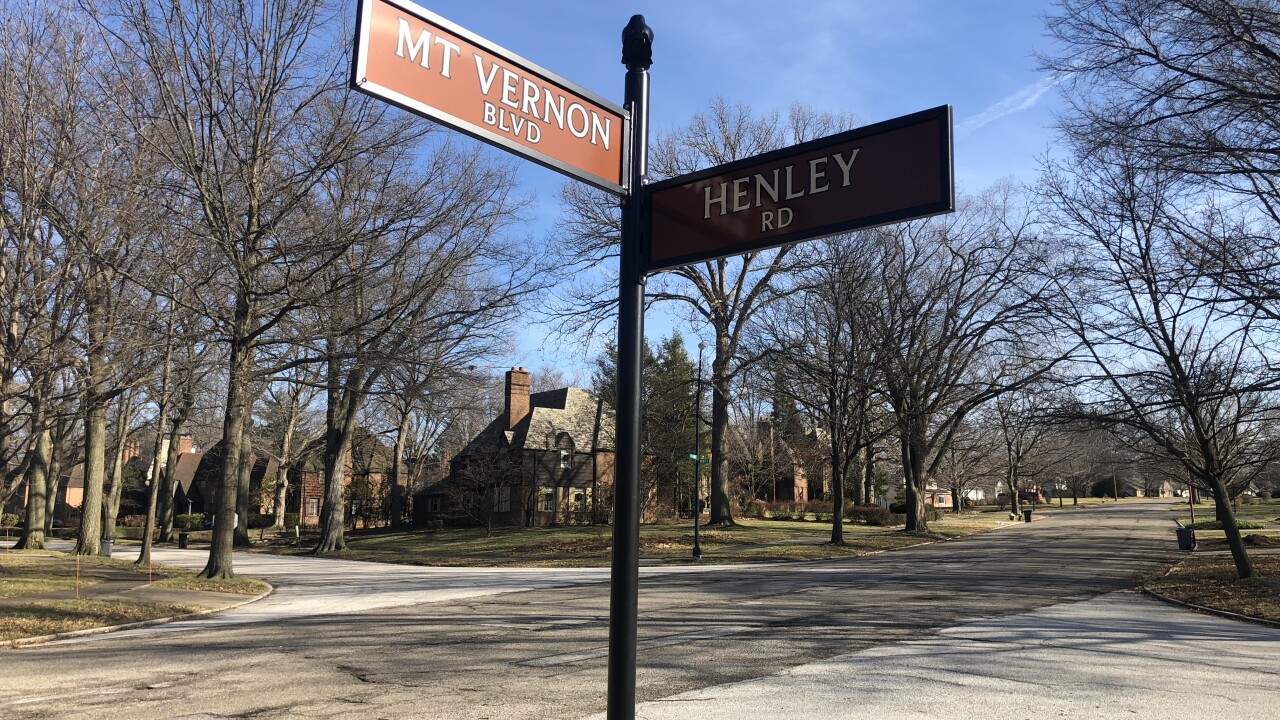 EAST CLEVELAND, Ohio — She loves her community and all of the history connected to it.

Trina Prufer lives in the Forest Hill neighborhood in East Cleveland and when she moved in nearly 10 years ago she was drawn to the neighborhood's uniqueness.

The original Forest Hill street signs from the 1920s were ripped out and replaced with green ones, but the East Cleveland/Forest Hills community group raised a couple thousand dollars to put in new ones that are almost identical to the originals, down to the doves that rest on top.

The group did not stop there.

They worked with the city to get rid of 59 dead or dying trees to keep their historic tree lawn beautiful and started other projects.

Just a few blocks away from the beautiful Forest Hill neighborhood is the heart of East Cleveland. In 2008, the housing crisis hit them hard. Abandoned and blighted homes now line the streets, but East Cleveland officials say they are working to get the city back to what it used to be.

"You will see economic and community development in the next five years and it will happen in the interior of the city," said Michael Smedley, East Cleveland's Chief of Staff.

Smedley says the city is working to help bridge the gap between the city's best and worst neighborhoods.

"Most folks here have the means to maintain their homes, maintain their yards and their issues are different then someone who lives in the interior in the city and who is more concerned about vacant and abandoned houses," he said.

The neighborhood group has more projects in the works, hoping they will have a domino affect on the rest of the city.