Forgotten for decades, students discover and mark the graves of some of Ohio’s first African American settlers 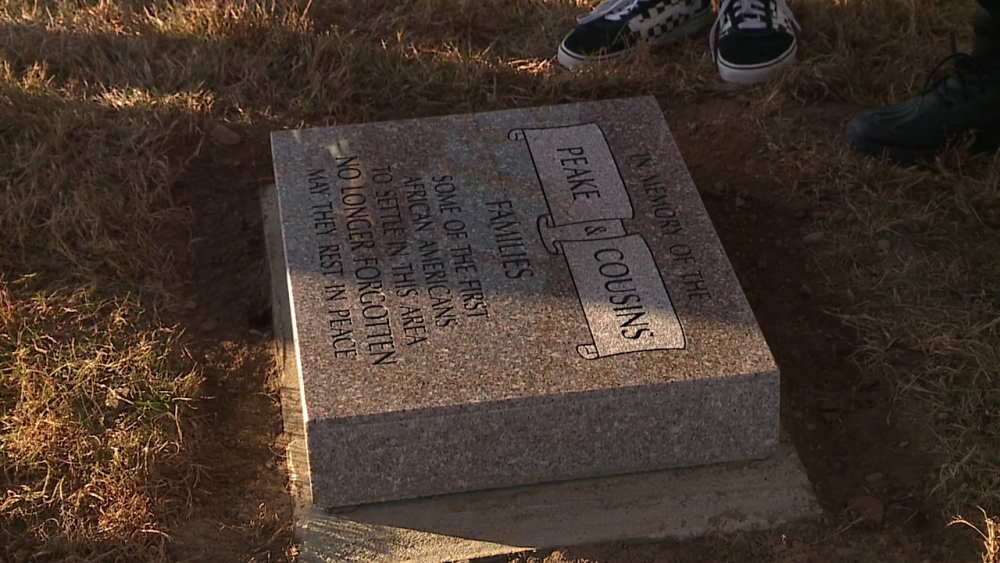 A group of 8th graders studying North Olmsted's history made a shocking discovery: an unmarked mass grave for an untold number of the area's first African American settlers. Thanks to the students, the grave site now has a donated granite stone to forever recognize these long-forgotten lives. 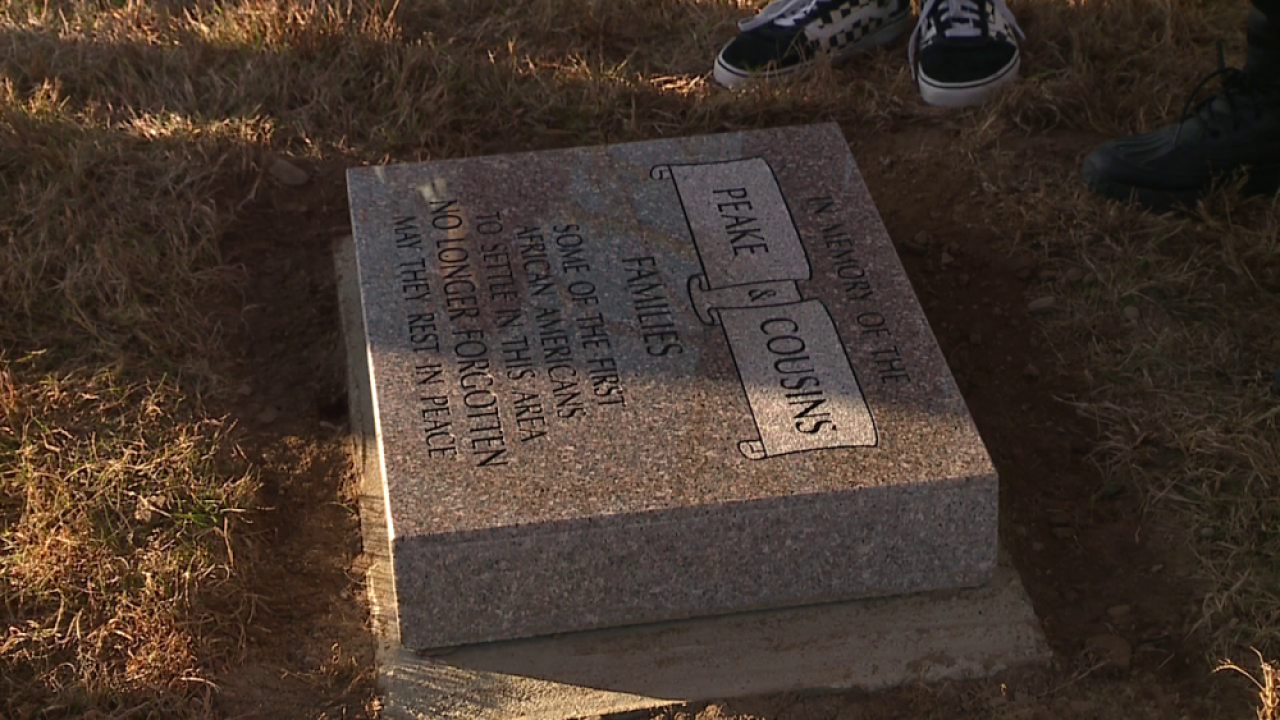 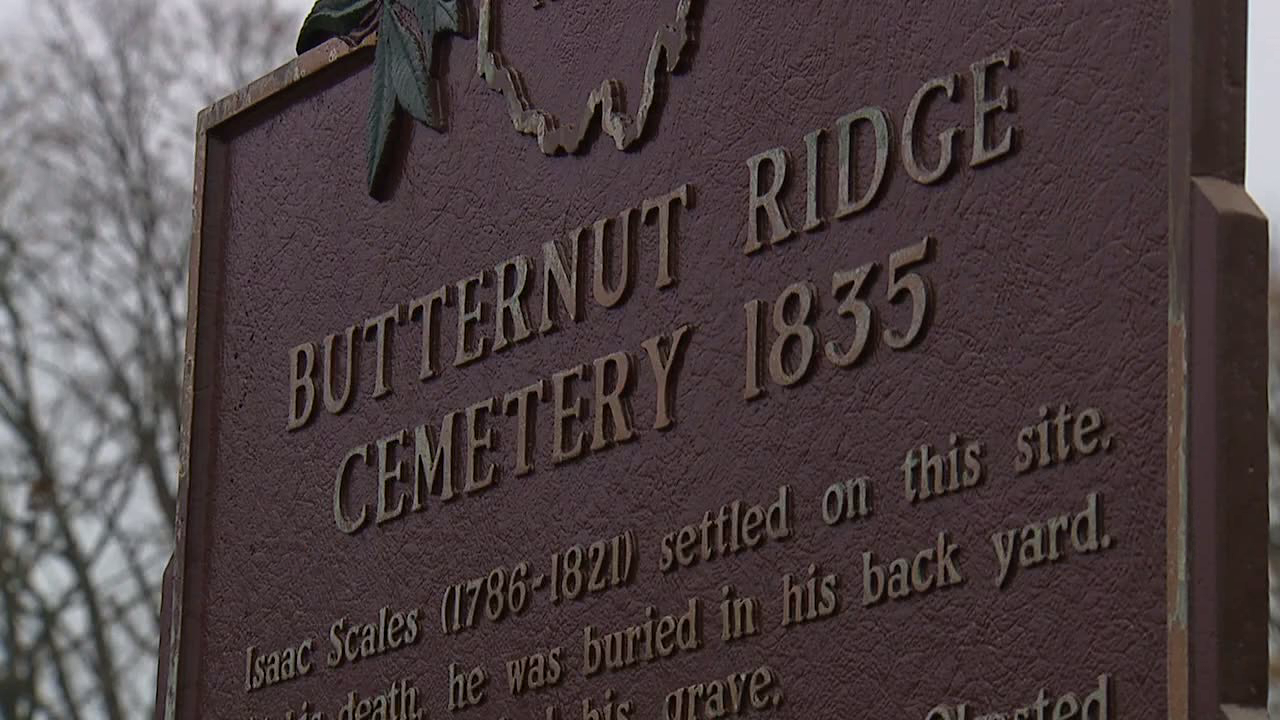 NORTH OLMSTED, Ohio — It’s a simple concept: a piece of stone, a marker in recognition of a life lost. But the newest grave stone at Butternut Ridge Cemetery in North Olmsted carries so much more weight than the granite it’s made of. It only exists because a group of eighth graders working on a history project uncovered a dark secret in their town.

“A lot of times people think of, especially kids, think of history as ‘that’s a subject in school and that’s what you learn about’ and all of the sudden it was coming to life,” North Olmsted Middle School teacher Debbie Holecko told News 5. She and another teacher asked their students to dig into their local history. There were a selection of topics including the women of North Olmsted, the veterans of North Olmsted, and African-Americans of North Olmsted.

That’s the topic 8th graders Rafel Alshakergi, Kameron Swanson and Maya Elkhatib wanted to research. Holecko and another teacher spent hours at Frostville Museum gathering records for their students to dive into. “We brought the stuff here and they were working like real historians,” said Holecko.

Once they started digging through those boxes, the kids found something. Something big.

“All of the sudden I just heard this ‘oh my gosh, look at this,’” Holecko told News 5, “It was a handwritten map of the cemetery. It just said ‘occupied by colored people, no stones.’” The kids, now all in the ninth grade, had just found out a cemetery, just one mile from their school, was holding a sad secret.

“I just think that’s kind of rude, disrespectful,” Swanson told News 5. He and his team knew that needed to take action. They got the mayor involved, then they visited the cemetery only to be stunned yet again by what they found.

“We go to this little section by this big tree and it’s just a big, big space right there,” Swanson explained.

They went looking for this unmarked spot and found it so inconspicuous they walked right past it.

It struck Alshakergi: "The fact that we walked past it not realizing where it is, that shows you how overlooked it is.”

A group of African-Americans, buried with no marker — no recognition of the lives they lead. They likely never knew equality during those lifetimes, and failed to find it still even in death.

Alshakergi was disheartened by the thought of it, telling News 5, “They passed away now knowing if they were going to get recognition of them stepping on Earth.”

Now thanks to these three students, that recognition has come at last.

“The original plan was to put a sign up just noting this and they were happy with that,” Holecko explained.

A local company wasn’t satisfied with a sign though; it donated a granite stone. The kids got to decide how it should be engraved, and the stone was unveiled Monday. It now marks the spot where these African-Americans have spent so many years buried in the Earth, with no recognition of their lives or deaths.

Rafel, Kameron and Maya put their heads together settled on this simple but powerful message to be engraved on the stone that now marks their burial place: "In memory of the Peake and Cousins families. Some of the first African-American settlers in this area. No longer forgotten. May they rest in peace."