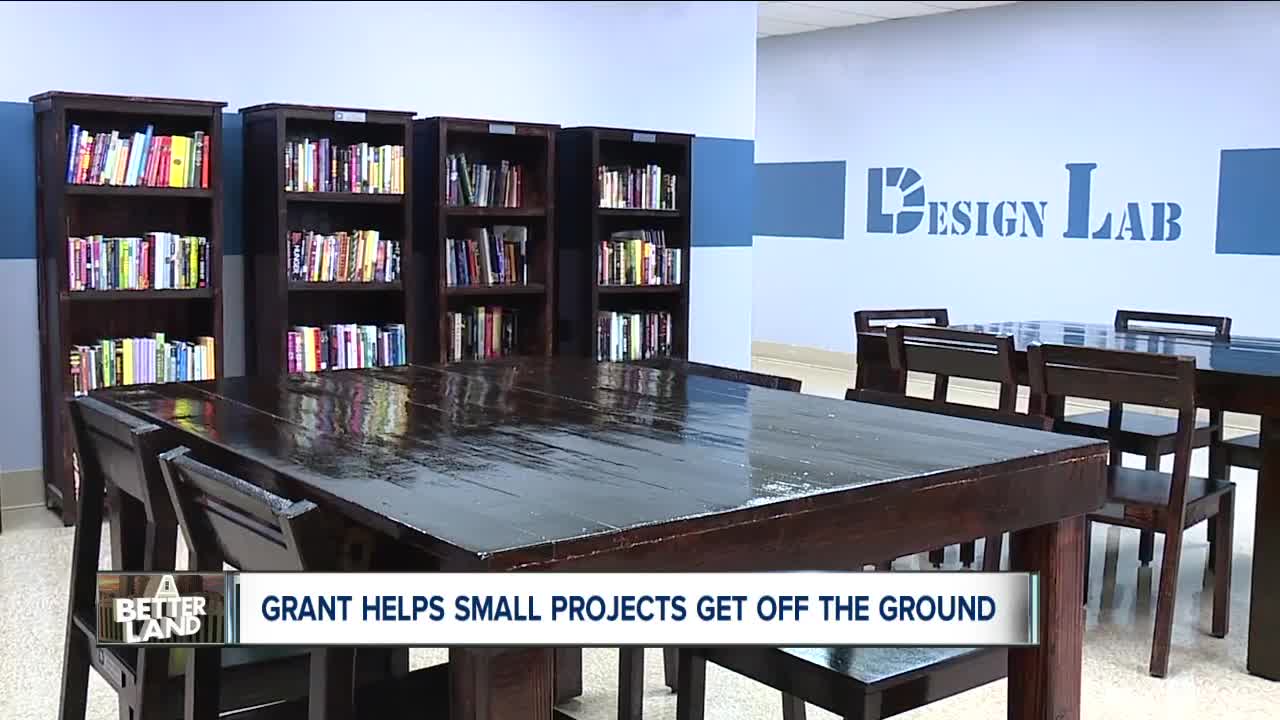 Whitney Young School serves students from Pre-K through 8th grade. However, many students and teachers are faced with a barrier they can’t climb without help. 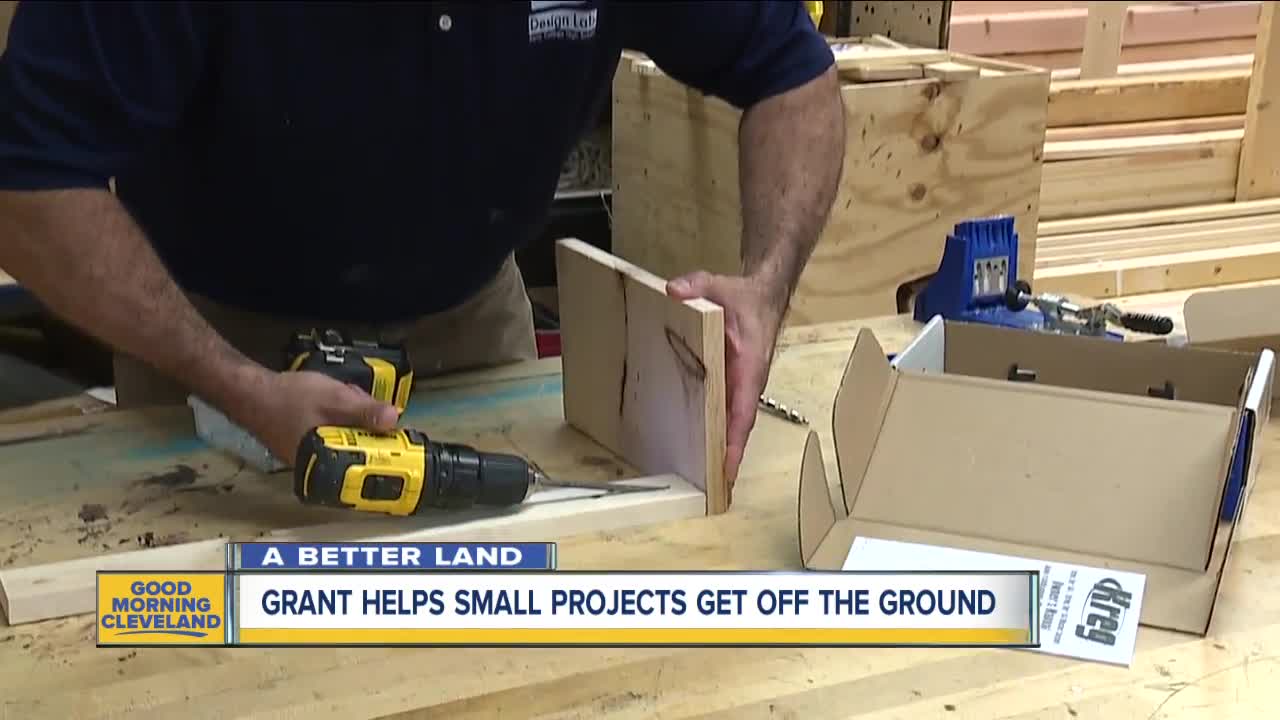 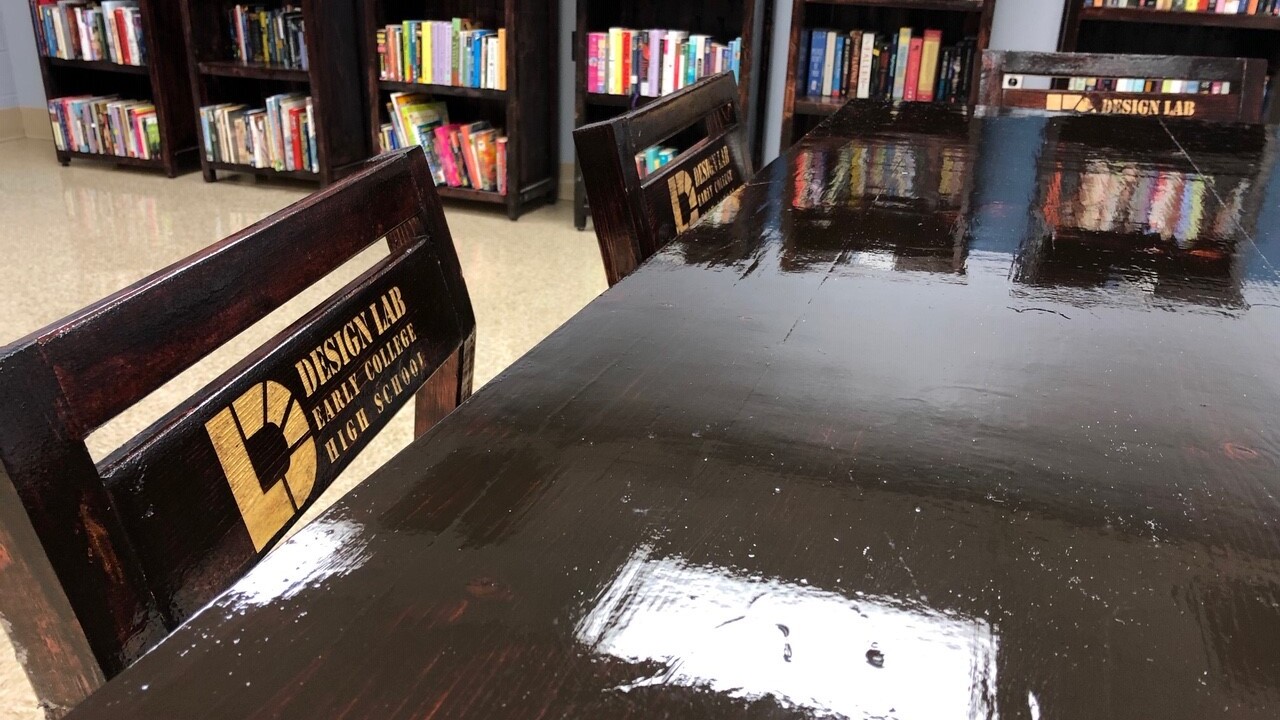 CLEVELAND — Cleveland's Chapter of The Awesome Foundation, a non-profit that provides $1,000 grants to a variety of projects, launched in Northeast Ohio by funding two projects helping the local community.

BigHearted Blooms collects flower arrangements that would normally be thrown away after their intended purpose, such as weddings and corporate events. We repurpose them to make new bouquets that can be enjoyed a second time using recycled vases. We then surprise people who need an emotional lift with a random act of flowers and a personal touch to let them know that others are thinking of them

The other project is run by Cleveland Metropolitan School District Teacher Tony DiPiero.

In a school where nearly every piece of furniture in the library was made by his students, DiPiero doesn't often find a problem he can't solve.

"A lot of kids have never done anything like this before," said DiPiero in his shop class, where he teaches students to work with power tools.

At home, DiPiero and his wife have taken in foster care children, adopting one child and moving forward with the adoption of a second child currently in foster care with a different family.

Through that process, he learned when kids leave the foster care system, they can be totally alone and empty handed.

"They really haven't accumulated anything over time," said DiPiero. "A lot of these kids literally are moving around with all their stuff in a black trash bag. Like, that's it. That's what they have."

So just like the furniture already in the school's library, DiPiero will work with his students this year to make tables, chairs, and beds for the kids who need them the most.

"You're learning skills, you're doing the work, but you're affecting somebody else and this is going to them," said DiPiero.

It's possible partially because of a $1,000 grant DiPiero got from The Awesome Foundation's newly-formed Cleveland Chapter, which was just created by Allison Lukacsy-Love.

"It's like this is really tangible, with this $1,000, I can buy this piece of equipment and it's going to take my business from here to here," said Lukacsy-Love, explaining how the grant can help some projects right away.

A few years ago, Lukacsy-Love tried to fund her own volunteer project and realized it can take a lot to get just a little bit of money.

The Awesome Foundation makes it a little easier, pulling together at least 10 trustees who donate all the money needed for the grant.

There's no additional fund-raising and since it's only $1,000 per grant, there aren't any reporting requirements that come with larger grants.

"It's like, here's the cash, and go do the thing that you said you were going to do that's amazing," said Lukacsy-Love.

The money is just enough so DiPiero can make sure he always has the materials he needs, even after CMSD stocks his room.

While he's teaching his students that they can have a huge impact on someone else's life, he's helping foster care kids get a fresh start.

You can learn more about the Cleveland Chapter of The Awesome Foundation, and apply for grants here.