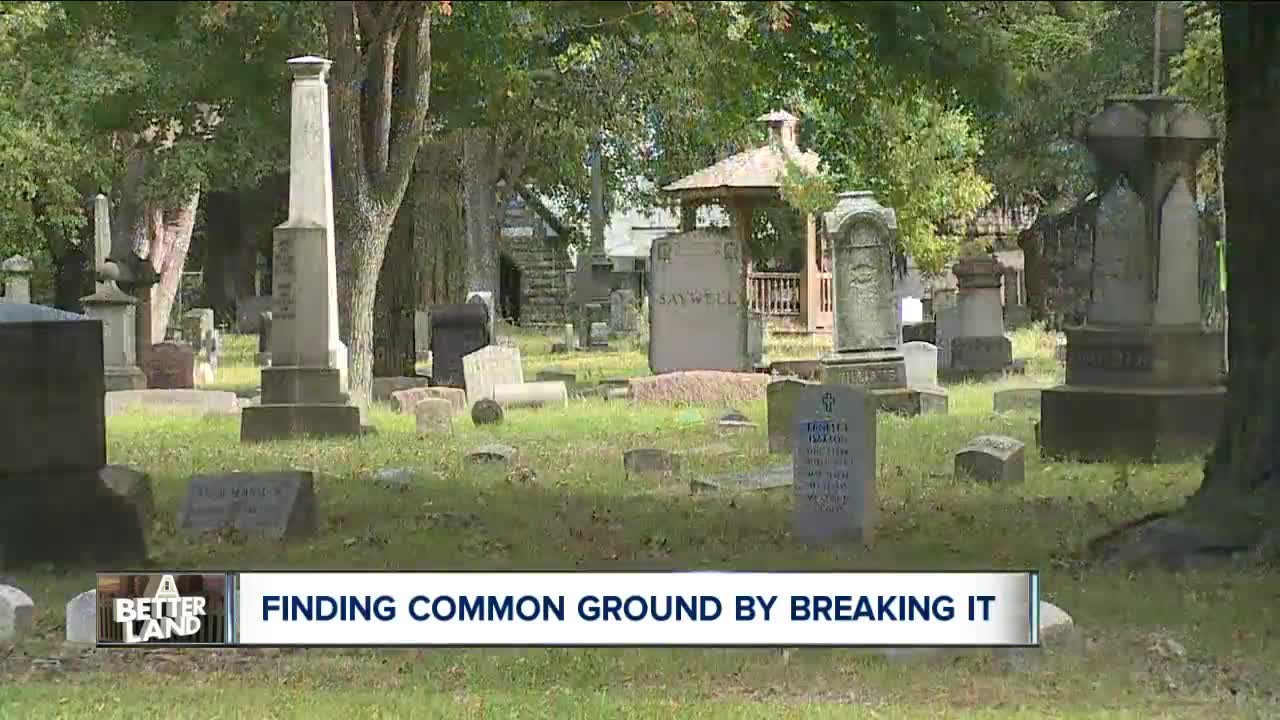 An organization started by a pair of high school students took its mission to create community to an unlikely place Friday, as a group of diverse teenagers find common ground by breaking it. 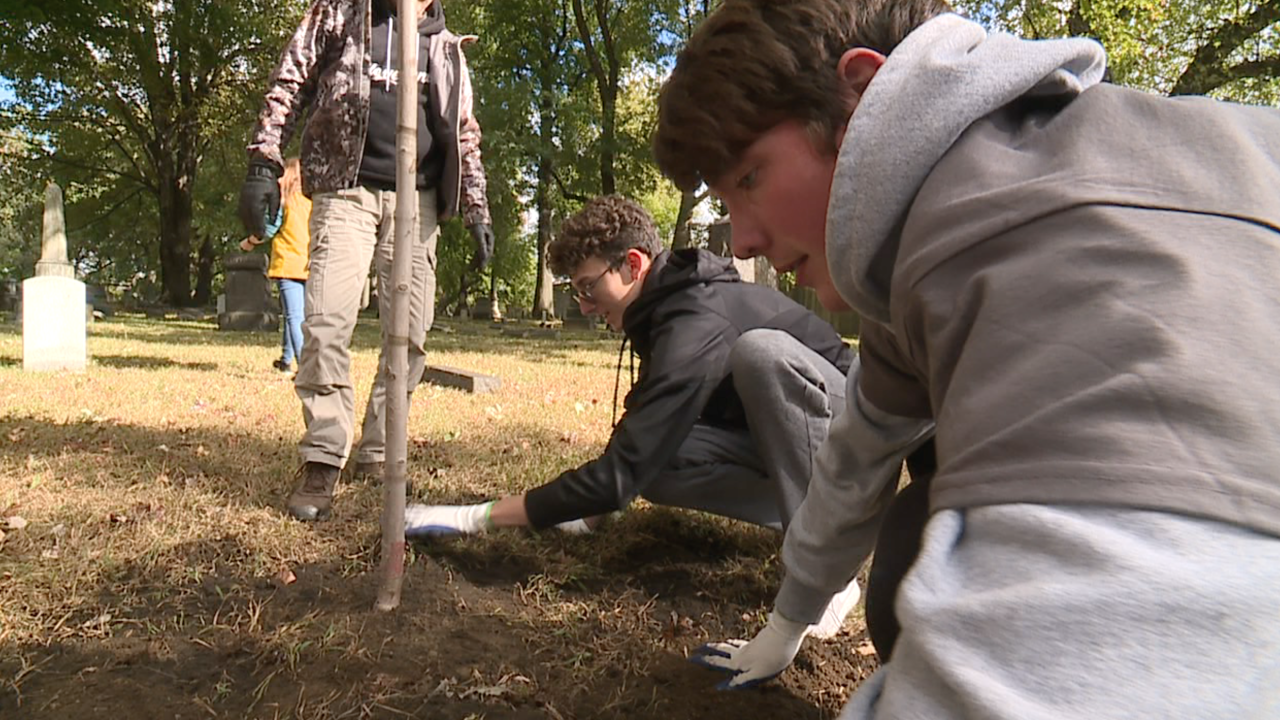 CLEVELAND — An organization started by a pair of high school students took its mission to create community to an unlikely place Friday, as a group of diverse teenagers find common ground by breaking it. The experience helped forge relationships between refugee and non-refugee students in the East Cleveland Township Cemetery.

Karson Baldwin, a junior at University School, along with some of his classmates, planted trees with their counterparts from International Newcomers Academy.

"Making friendships is a good way to help people feel welcome," Baldwin said. "I was just amazed by the work that they do at the school, I knew I wanted to be involved."

After just one visit to the Cleveland school for students from other countries, Baldwin got the idea to launch Onè Respè.

"They're making their first American friends, they're just feeling more welcome in Cleveland. To be able to attach immigrant and refugee to the faces and names of some of our closest friends now really helps us change the way we view people who have grown up in very different situations than we have," Baldwin said.

Nalin Needham, Baldwin's teacher, said he is proud of the difference Onè Respè is making.

"As Cleveland has welcomed more and more immigrants it is important to make them feel part of the city," Needham said. "[It's] bringing people together to form common bonds of empathy and friendship."

Students from both schools worked together and planted more than two dozen trees, strengthening the roots of their community.

Karson said part of the group's success is hosting events in unique places like the one they held at East Cleveland Township Cemetery, a sacred cemetery that dates back 160 years.

"To make it feel more like just hanging out with friends rather than a school field trip or something like that," Baldwin said.

This is the group's first gathering of the school year. Several more are planned in the months ahead as—like the new trees—their friendships continue to grow.