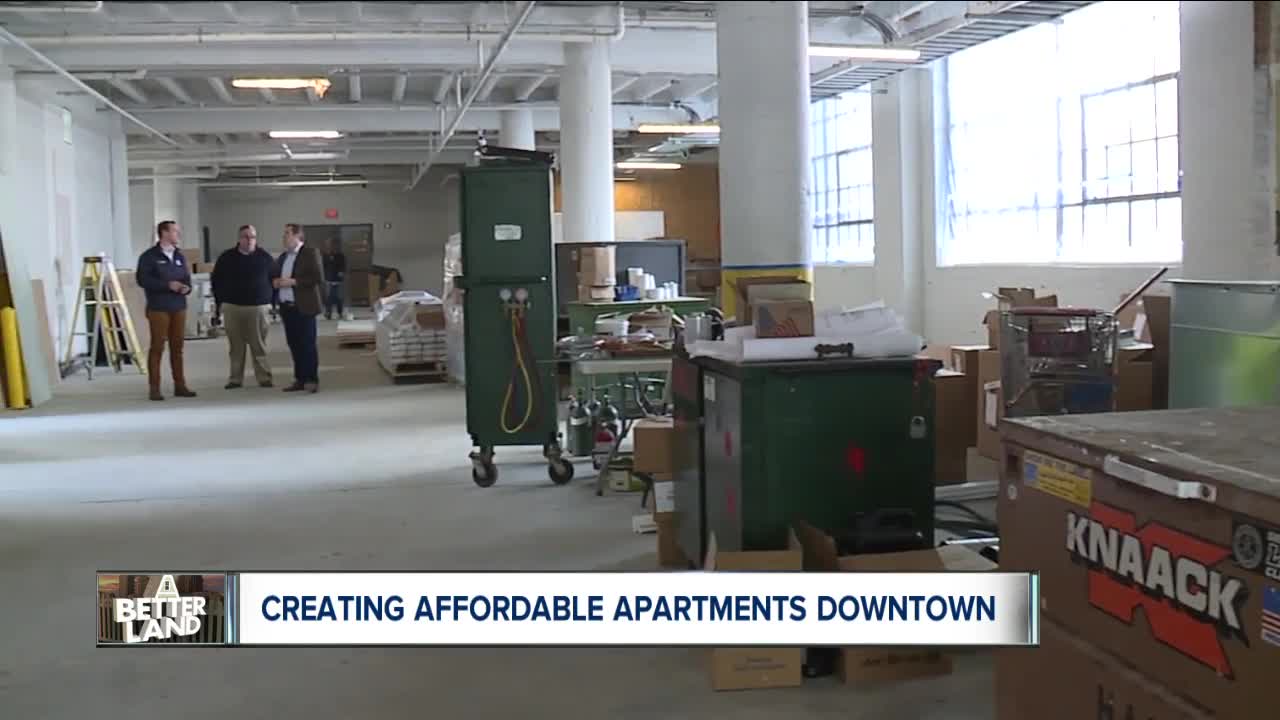 In early December, Prospect Yard is expected to make 42 affordable apartments available to residents, walking distance from downtown Cleveland and some of the most expensive apartment projects in the city. 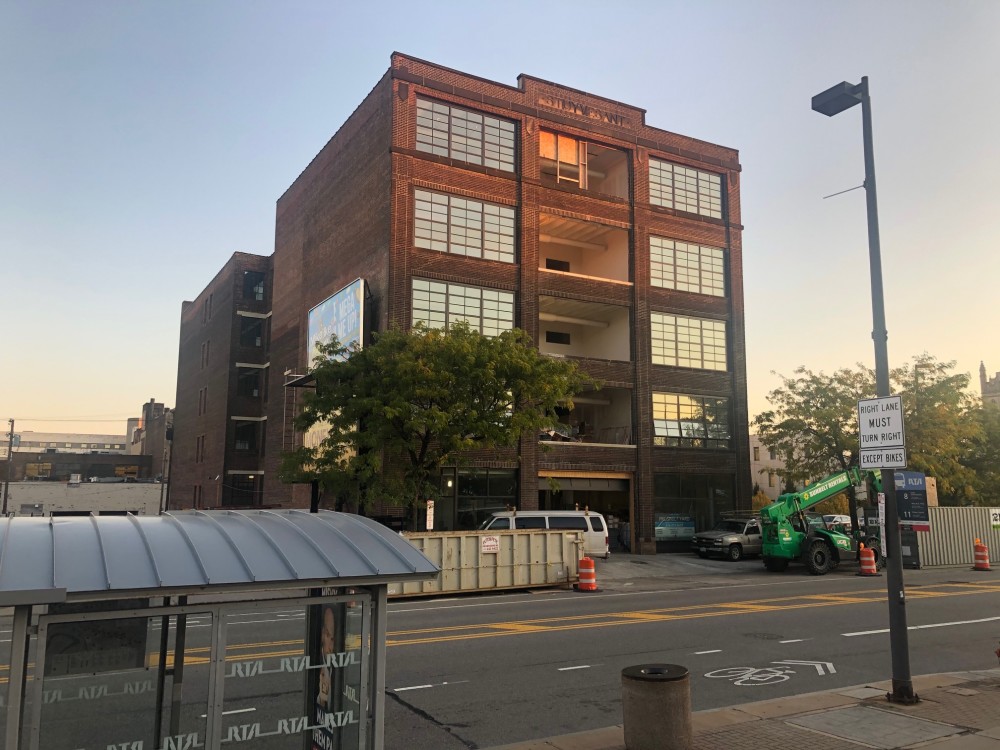 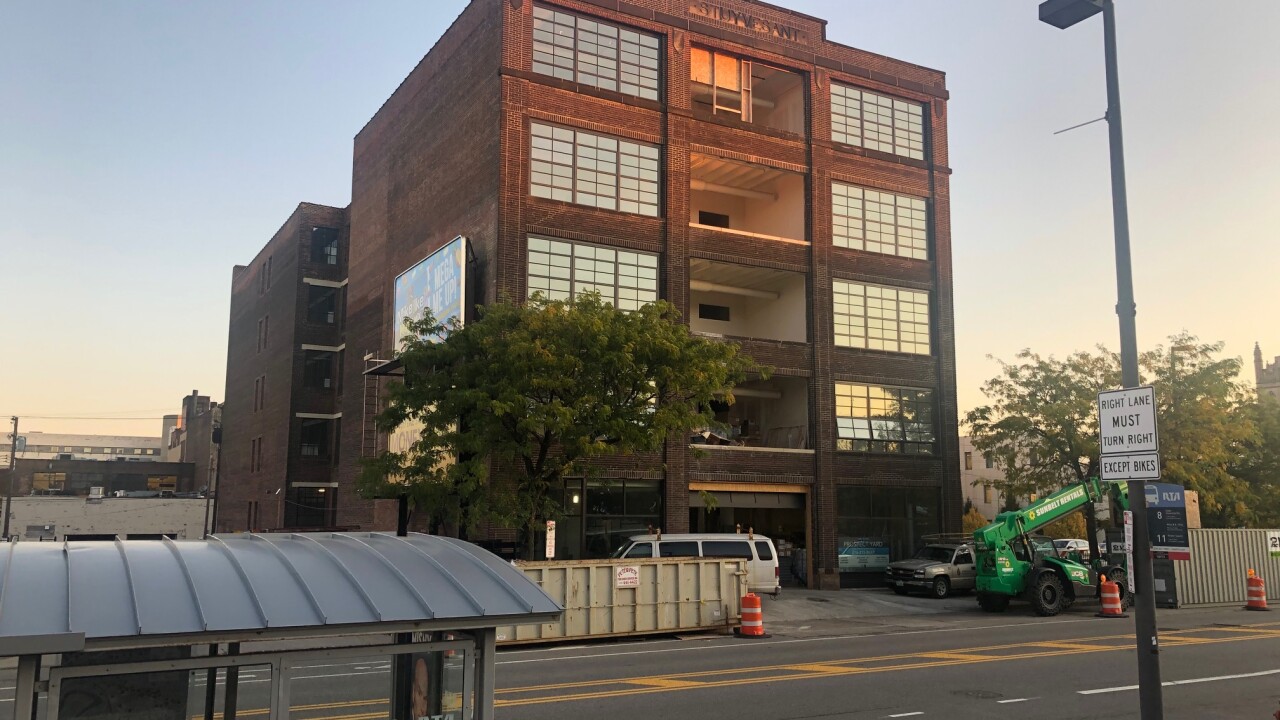 CLEVELAND — In early December, Prospect Yard is expected to make 42 affordable apartments available to residents, walking distance from downtown Cleveland and some of the most expensive apartment projects in the city.

Woda Cooper Companies bought the building in 2014 early in downtown's expansion to the east that brought new apartment complexes like The Althon, Euclid Grand, The Beacon, and The Lumen at Playhouse Square.

But the rents at those luxury locations can be as high as $2,000 or $3,000 per month, much too high for many people pulling in more modest incomes.

"There aren't many people who can live by themselves downtown," said janitor Brian Yarbrough, referring to his co-workers and friends who work downtown. "They're probably working close to downtown but I guarantee you they aren't living downtown because it's too expensive."

The answer to their problem might be found in the old Stuyvesant Motor Company Building at 1937 Prospect Avenue, where Woda Cooper Companies is building the Prospect Yard apartments.

The building was built in 1917 and a stone in the brick at the top of the building still reads "Stuyvesant" after more than a century. Faded paint on the back shows where used car ads used to catch the eye of people passing by.

While the top floors were used for car manufacturing, the bottom floor used to house a car dealership will now serve as part of the building's indoor parking facilities once residents move in.

The whole project is just a few blocks from apartments that rent for triple the price, if not more.

The whole building will have 42 apartments, with rent starting at $330 and topping out at $1,247 depending on how large the apartment is.

"A lot of developers have turned away because it is so hard to do affordable housing," said McCabe.

The project, like many others downtown, uses many layers of historic tax credits. Woda Cooper went the extra step to also get affordable housing credits, creating more work but making it possible to keep rents so low.

McCabe says it's a complicated process so other developers instead often build market-rate apartments and shoot for higher profits. Woda Cooper instead is looking to house people with working-class incomes and people needed in the downtown service industry.

"A lot of the time, those lower-income people are actually the people that perform the services that we need and we require," said Brown.

To keep utility bills down, McCabe says Prospect Yard is built to be an energy efficient as an old car factory can be. Special attention to sealing windows and doors might cost more to build but it will help residents in the long run.

"It means that they have less money going out the door or out the windows, literally and figuratively, and less money on heating or lighting and it means more money in their pocket," said McCabe.

"It still gives you that ability to live downtown, and to be able to afford it," said Brown.

The apartments are expected to be ready for residents in early December.

Here are some additional historical notes from Woda Cooper Companies about the building:

RELATED: Community improvement, not displacement, is the goal of turning old blanket factory into affordable apartments