The Future of Cleveland: Cleveland Rising Summit looking for equity as Cleveland grows 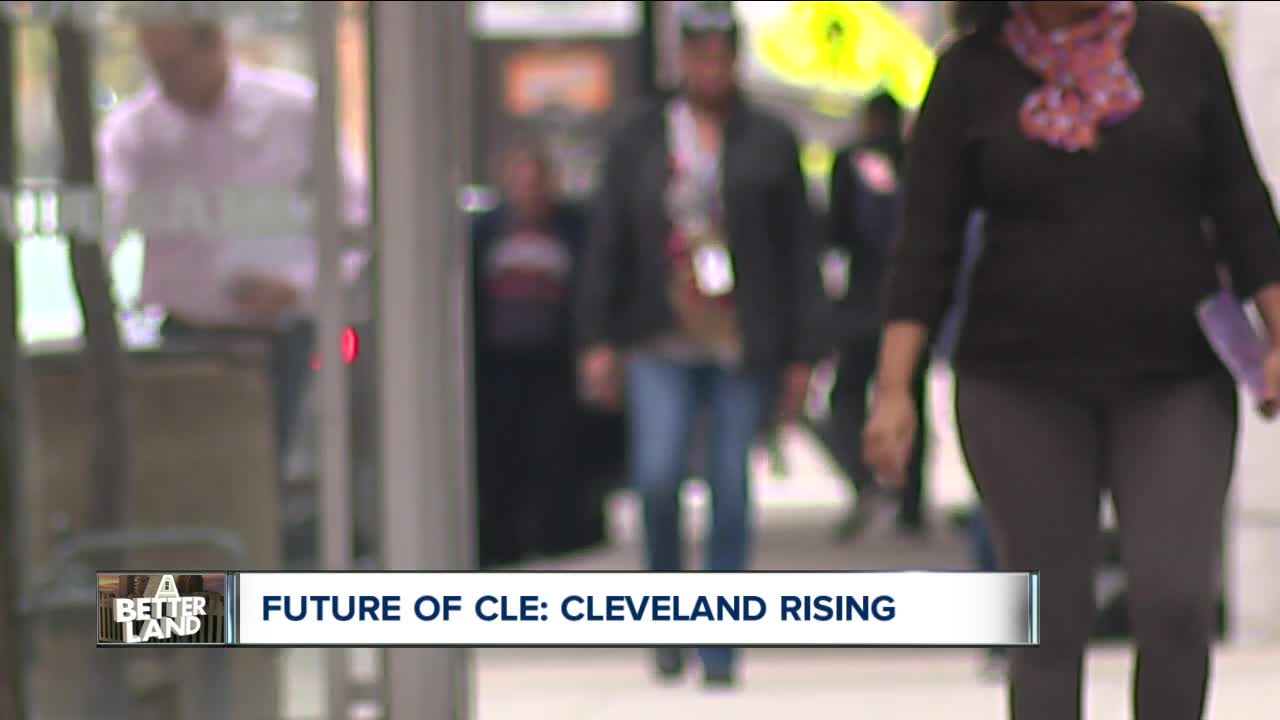 The Cleveland Rising Summit started at 8:30 am Tuesday, looking to have hard conversations about economic and racial equality around greater Cleveland 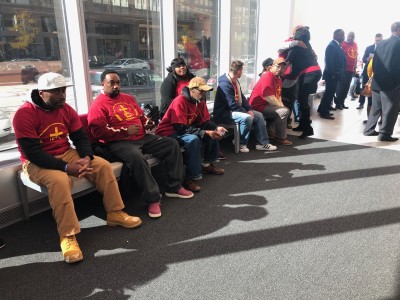 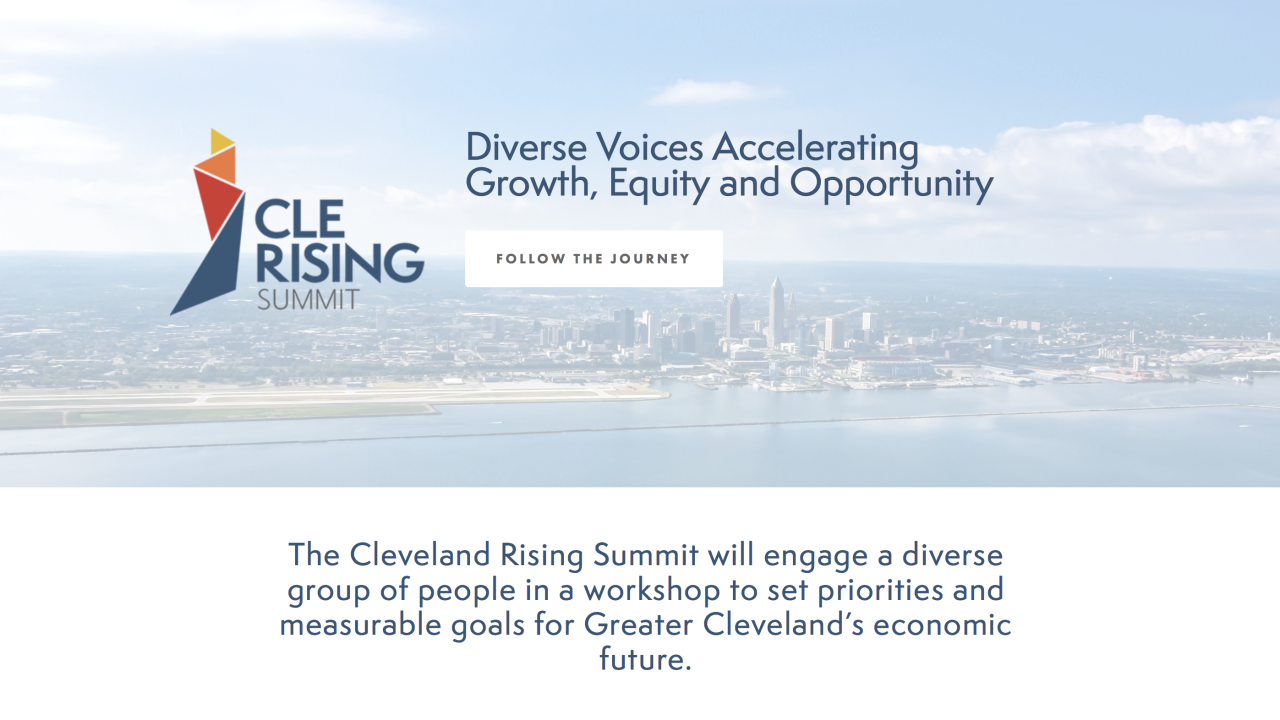 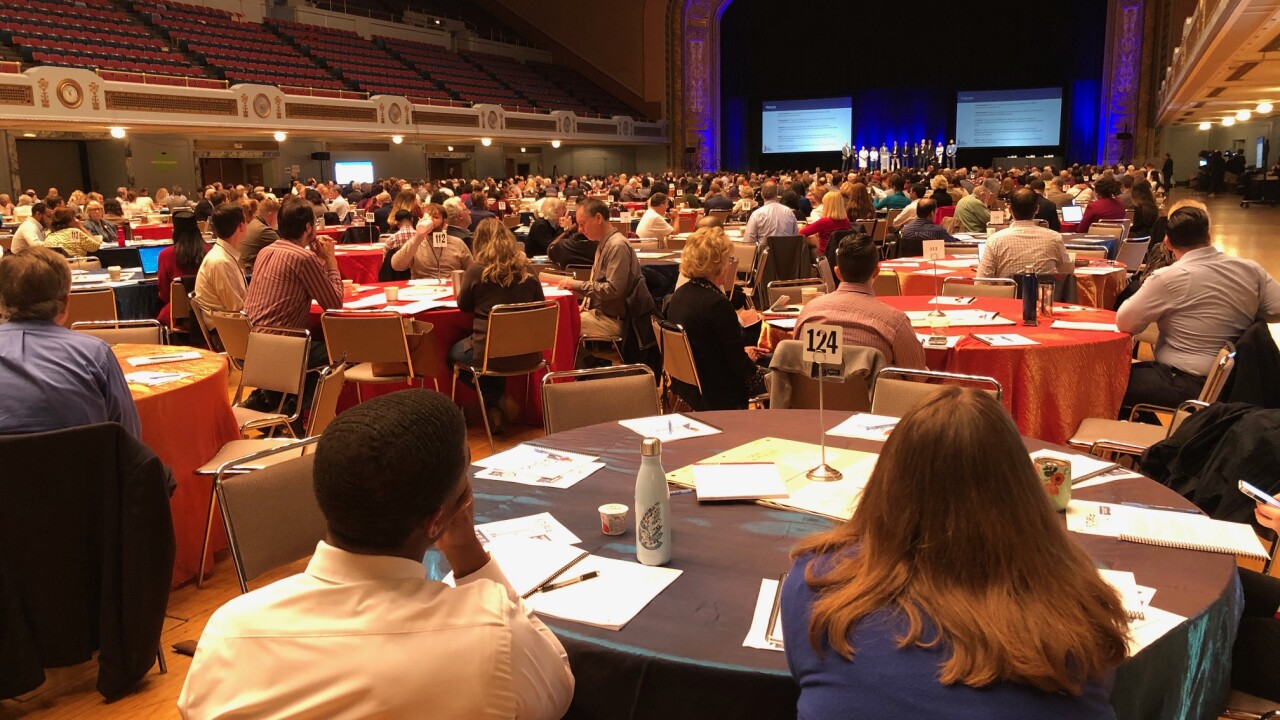 CLEVELAND — The Cleveland Rising Summit started at 8:30 a.m. Tuesday, looking to have hard conversations about economic and racial equality around greater Cleveland

The goal is to imagine what the region might look like in 2030 and then figure out how to make it a reality.

"We need to be having conversations like this more consistently," said freelance marketing consultant Chardonnay Graham.

Graham was brought in to make sure a wide range of voices were being heard by summit planners.

"The objective is to come together, have these conversations, and get to the root of the issue," said Graham.

Summit Co-Chair and Cleveland Public Library Director Felton Thomas says in his decade around the city, Cleveland is definitely going through a period of revitalization.

"But we all know that the economic prosperity hasn't been seen around all neighborhoods," said Thomas.

To shape the conversations, Cleveland Rising held a series of input sessions in September focused around how the region could achieve its potential.

"Nobody is going to be surprised by these areas," said Case Western Reserve University Organizational Behavior Professor Dr. Ronald Fry, who is advising the summit.

The main themes that emerged from those discussions are:

Dr. Fry also helped create the "Appreciative Inquiry" approach that will be used to facilitate discussions during the summit. It helps create change in an organization or community by talking about how it found success before.

"You actually start by re-looking at the past through this lens of when we were able to be at our best or when we were most successful, what helped that happen," said Dr. Fry.

After those initial discussions, summit participants will split into working groups to make the ideas into reality. Dr. Fry says we'll know if the summit and its approach worked by the energy and wide-spread collaboration he hopes emerges after.

"That one plus one doesn't just equal two," said Dr. Fry. "It equals three, or four, or five. We just believe there's so much possibility there but we have to find it together."

Before the summit started, groups like the Cleveland Clergy Coalition and American Center for Economic Equality planned to protest because they weren't part of the summit's planning process. Apologies and invitations from summit planners got those groups to cancel their protest and instead join the summit.

"We forgive ya and we plan on having some representatives at the summit," said Cleveland Clergy Coalition Executive Director Aaron Phillips. "We'll be there and we want to be a part of the process."

Dr. Fry and Cleveland NAACP President Danielle Sydnor says the key is making sure a wide range of people from different networks and backgrounds are all at the table.

"I've seen the word "inclusion" used more in the last 90 days than I think I've seen in my entire life," said Sydnor.

Sydnor says success will come when Greater Cleveland is more intentional about making sure everyone benefits from the region's success, but the summit is a start.

Later this week, look for our stories looking at what the Future of Cleveland looks like for downtown development, urban planning, and businesses looking to hire and keep workers.

This story is part of A Better Land , an ongoing series that investigates Northeast Ohio's deep-seated systemic problems. Additionally, it puts a spotlight on the community heroes fighting for positive change in Cleveland and throughout the region. If you have an idea for A Better Land story, tell us here.