AKRON, Ohio — Days after the weekend snowstorm dumped more than a foot of snow in Akron causing residential streets to become undriveable, the Akron City School District joins residents who are fed up with the treacherous streets.

On Wednesday morning, 12 buses became stuck in the snow while trying to pick up students for school.

Mark Williamson, director of marketing communications for Akron City Schools, said luckily the district had its own tow trucks that were able to get the buses out of the snow.

Williamson said the district decided to have school because of the warm up, and now some people still can’t get out of their side streets.

Students will arrive late because of the buses that were stuck in the snow. Williamson said the district will accommodate and readjust schedules so the school day is not completely interrupted.

News 5 crews came across several cars, trucks and SUVs stuck in snow-covered residential streets Tuesday evening, including a mail truck that had to be abandoned in an intersection on Curtis Road and a Spectrum cable van that couldn’t move.

Parents voiced their frustrations on the Akron Ohio Crime Facebook page about the lack of plowing done to streets, causing the schools buses that take their children to school to get stuck. 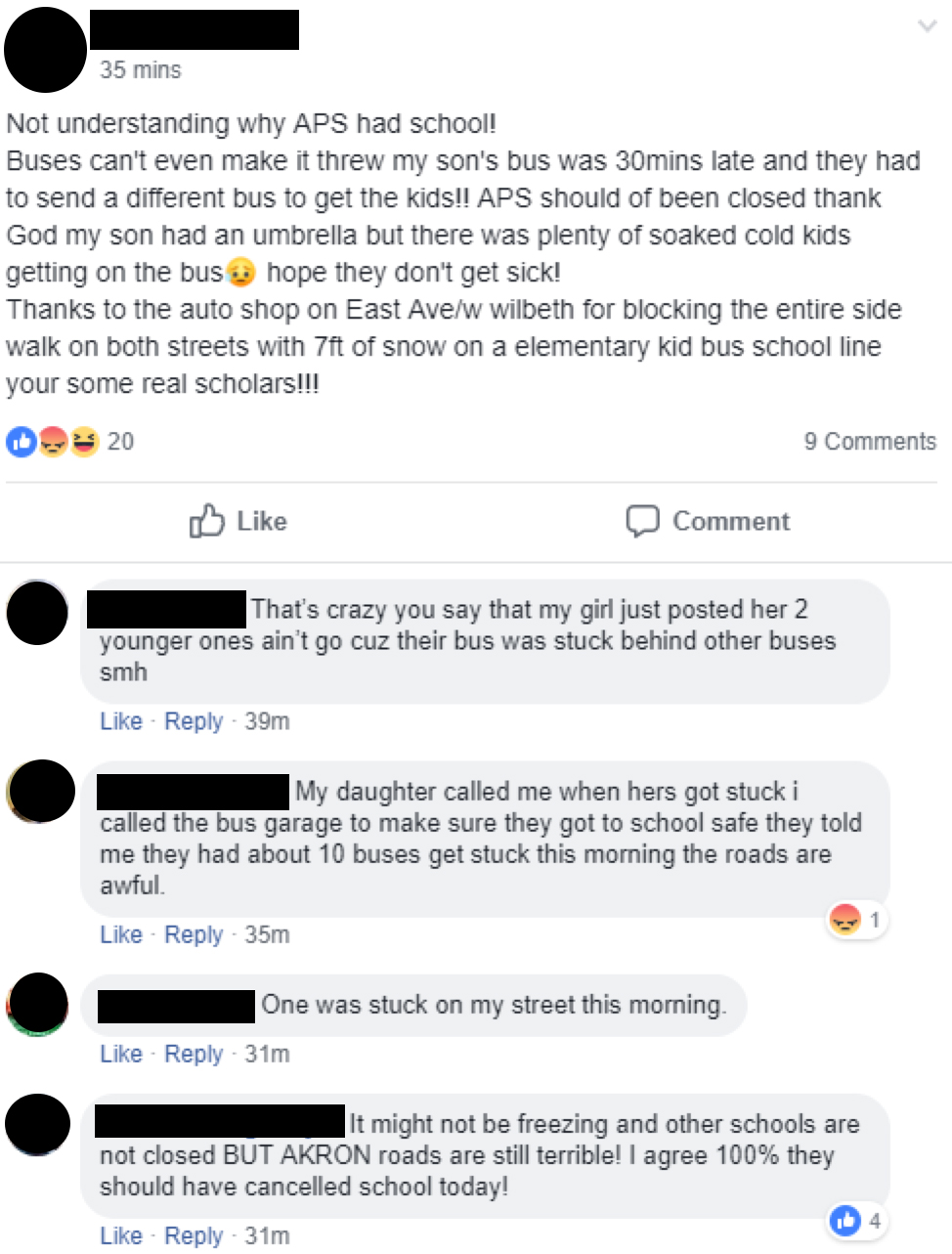 Many parents complained about getting stuck while trying to take their children to school. 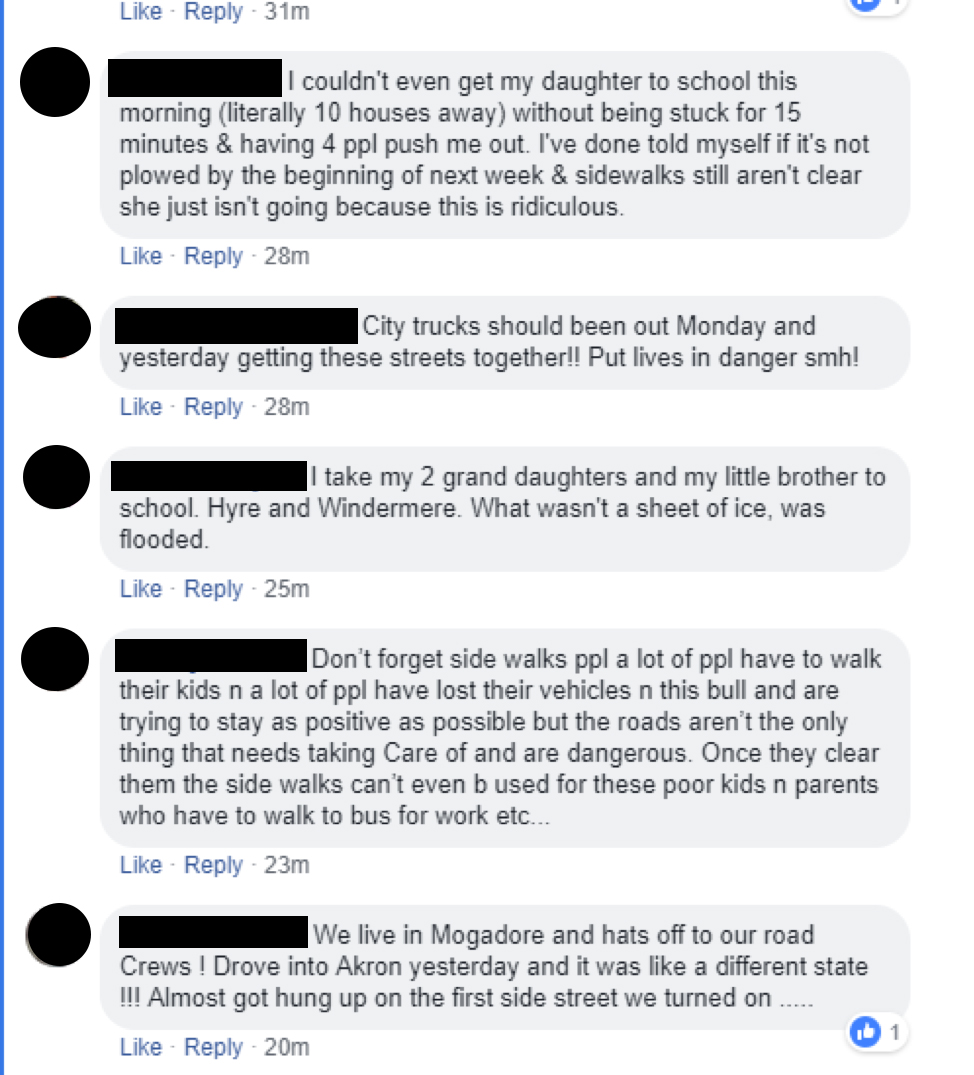