Democratic U.S. Rep. Tim Ryan, who represents Ohio’s 13th District, announced Thursday on ABC’s The View that he is joining the race for president in 2020. 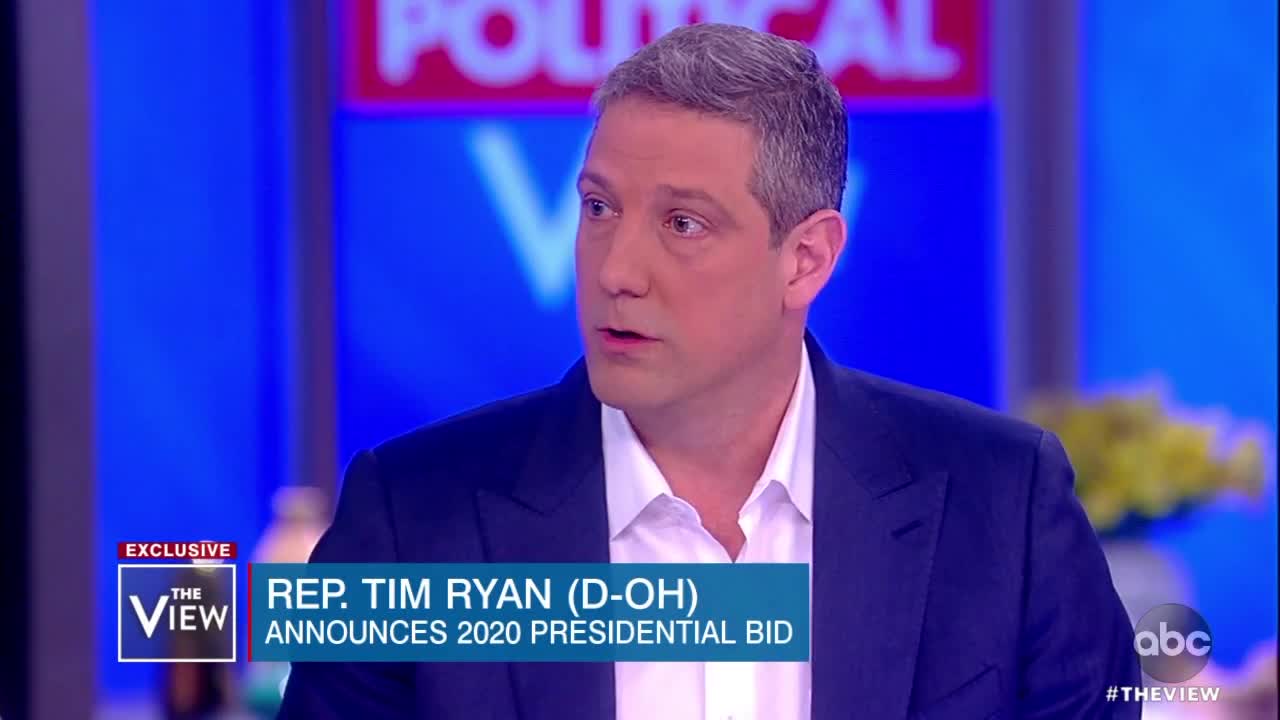 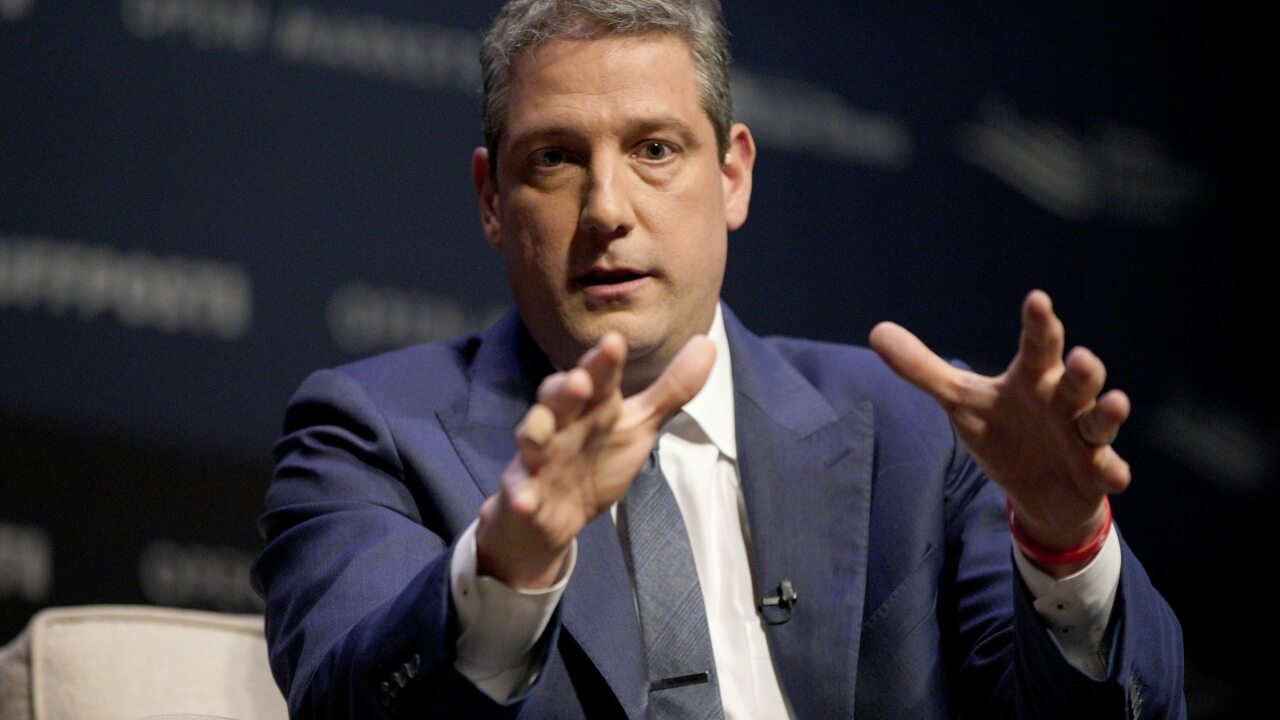 Democratic U.S. Rep. Tim Ryan, who represents Ohio’s 13th District, announced Thursday on ABC’s "The View" that he is joining the race for president in 2020.

Shortly before making the official announcement on the show, the website TimRyanforAmerica.com went live.

"This country, as you all now, as you talk about every single day here, is divided," Ryan said to the hosts of "The View" Thursday. "And if I can just say that this has been going on a long time. Our country’s been divided for a long time, and I can go back into the late 1970s when my father-in-law lost his job when Youngstown Sheet and Tube closed. He was off for 13 months – just bought a new house.

"I can go back 20 years – my cousin Donny who worked at the local plant – his last act at the factory was to unbolt the machine, put it in a crate and sent it to China.

"And I can go back just a few weeks, where my daughter called me crying from school because her friend was crying to her – her dad just got transferred at the local General Motors plant. The kids had to move.

Ryan has been vocal in recent months about GM’s decision to close the Lordstown plant, which is in within the district he represents. He has criticized not only GM, but also President Trump for the closure.

“So far, President Trump has been asleep at the switch and owes this community an explanation,” Rep. Ryan tweeted last November. “We tried to get his attention on this issue two years ago. He promised us that his massive corporate tax cut would lead to dramatic reinvestments in our communities.”

Ryan made national news when he announced he would challenge Nancy Pelosi’s position as Minority Leader in 2016.

He also made headlines last year when advocating for the legalization of marijuana in all 50 states.

Ryan isn’t the first Ohio politician to make moves ahead of the 2020 race. U.S. Senator Sherrod Brown was considering a run for the presidency last year, but bowed out last month after an exploratory swing through early voting states.

Fifteen other politicians have already announced their intentions to run for the Democratic ticket for president in 2020, including big names like Sen. Bernie Sanders (I-Vermont), Sen. Kamala Harris (D-California) and Sen. Elizabeth Warren (D-Massachusetts). While he has not officially announced his intentions to run, former Vice President Joe Biden is widely expected to launch a campaign in the coming weeks.

Ryan is one of just three Midwestern candidates, along with Sen. Amy Klobuchar of Minnesota and Mayor Pete Buttigieg of South Bend, Indiana.

Dr. Tom Sutton, a professor of political science at Baldwin Wallace University, said people from all over the country identify with Ryan's background and story.

"I think he’s got a lot of credibility with more moderate voters, independent voters, and certainly that part of what was the Democratic Party that seemed to swing towards Donald Trump in 2016," Sutton said. "And a lot of that swing happened right in his home district of Mahoning Valley and Youngstown."

In 2016, Ohio was still considered a swing state. After the 2016 presidential election and the 2018 midterm elections, many analysts no longer consider Ohio a swing state. Still, Sutton said, in a district that is increasingly turning red, Ryan is considered a moderate Democrat.

"He’s got a good track record in supporting worker's issues, supporting healthcare, expanded healthcare," Sutton said. "But at the same time, he wouldn’t necessarily be considered a super-left liberal. He at one point had a 100% rating with the NRA. He had been a pro-life candidate until a couple of years ago."

A project by ProPublica shows that Ryan has voted against his party slightly less often than the average House Democrat.

The Republican National Committee released this statement after Ryan announced: "Tim Ryan is a Congressional backbencher who has no chance of becoming president. You can just add him to the long list of liberal candidates demanding government-run health care, and it underscores how radical and out-of-touch this Democratic field truly is."

In 2020, Sutton said, both parties will be vying for the support of independent voters. But success in a presidential race is not only about voters; name recognition and funding from major party donors is also critical.

"It’s about the network, it’s about the campaign professionals, it’s about the big donors, and that’s another handicap he’s going to have because the Midwest is not where you get a lot of big-name, big-money Democratic donors," Sutton said.

Sutton noted that most of those donors live on the coasts and may already have committed to another candidate, although he said that could change if donors see him as a candidate who could win.

He said much depends on how many people show up to vote in 2020 and that the numbers from the 2018 midterm elections don't necessarily predict what could happen in 2020, given the higher expected turnout in a presidential election year.