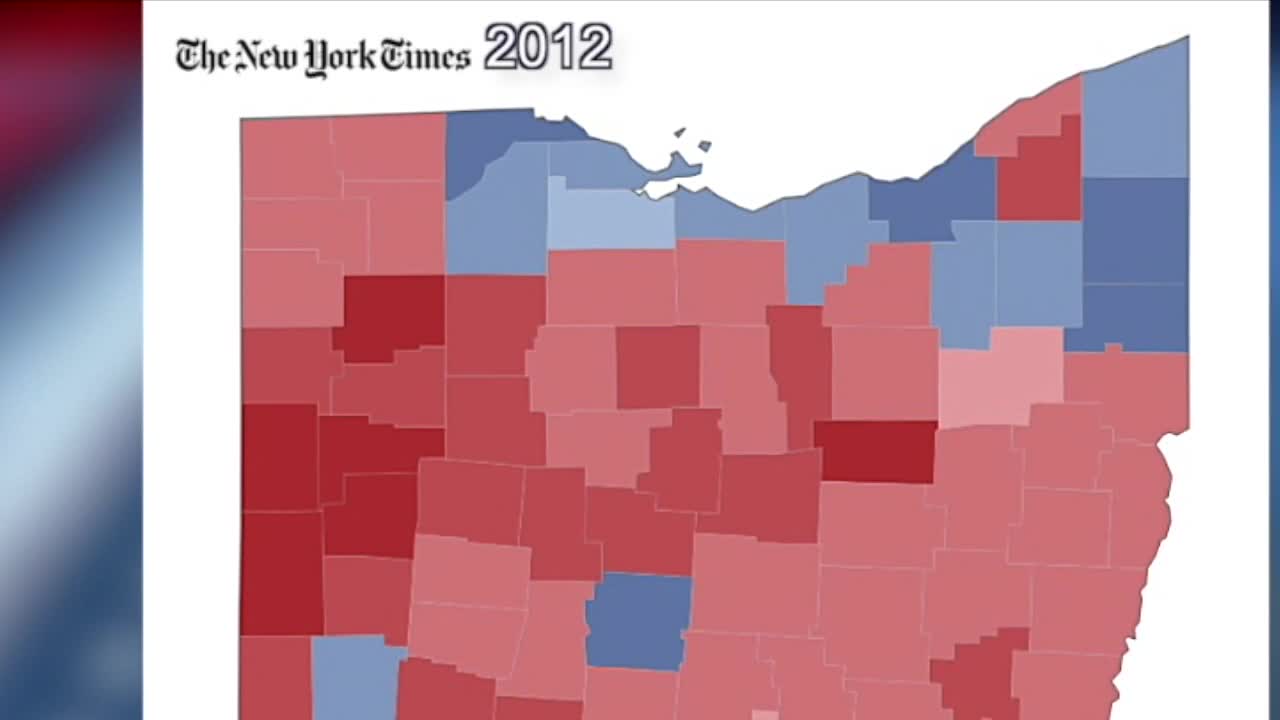 CLEVELAND — President Donald Trump will kick off the Ohio leg of his 2020 re-election with a "Keep America Great" rally in Toledo Thursday at 7 p.m. The trip marks the president's 15th visit to Ohio since taking the oath of office, three more than President Barack Obama at this stage of his first term. It's a total you can expect him to only add to as he well knows no Republican has ever won the White House without winning Ohio.

"This president cannot afford to lose his base and when you talk to this campaign about it's base, it starts with Ohio," said ABC News Political Director Rich Klein. "Losing Ohio would terrify this White House, terrify this president. He considers Ohio to basically be his political backyard and he needs Ohio more than ever in 2020."

That the president is choosing to rally in Lucas County, which he lost by nearly nine points to Hillary Clinton in 2016, is not by mistake. That's because it's next to or near Ottawa, Wood, Sandusky and Erie Counties, which are four of the nine pivot counties in the state that voted for Obama in 2008 and 2012 and voted for Trump in 2016.

"He knows the key to this election is keeping those voters who may have voted for Democrats in the past, may have voted for Obama in the past, on the Trump train," Klein said. "And those counties, when you start looking at the suburbs and exurbs of this country, that will be where the battle lines will be drawn across the nation and Ohio in particular. The president and his team have done a lot of data analysis that suggests that they need to recreate the same kind of dynamics, the same kind of map as last time and that means those areas in and around Toledo are critical in this election."

That map includes the counties around Cuyahoga as well, with four of the other pivot counties located in Northeast Ohio in Stark, Portage, Ashtabula and Trumbull. Lorain County narrowly escaped the category by voting for Hillary Clinton by 131 votes out of 133,767 cast.

The president is expected to talk about the impact his administration's policies have had on the state, but look for him also to touch on this week's situation in Iran following the killing of Iranian Major General Qasem Soleimani, commander of the Islamic Revolutionary Guard's Quds Force.

"I think we're going to see a big disconnect between the president at the White House, in the Oval Office or behind a podium and on the campaign trail and on Twitter," Klein said.

"The Iranians are watching the words as well but they're going to be reacting primarily to actions and I think the American side as well, he said. "Frankly the bluster is not viewed as something that's helpful from the point of view of the Pentagon or the president's national security team, but he is going to be who he is and I would expect that out there on the campaign trail, he is talking about one fewer bad guy on the planet and his decision to confront an individual that the previous administrations decided not to try to kill."