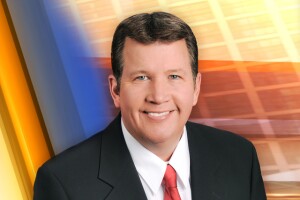 Most Memorable Stories: Covering the Democratic National Convention in Chicago in 1996. Traveling with Pope John Paul II during his October 1995 visit to the United States. Hosting a television special with Tony Bennett, looking back on his career in show business.

And just really having the opportunity to pick the brains of a lot of great talents especially during my years in Atlantic City, talking with Jimmy Stewart about “It’s a Wonderful Life,” with Merv Griffin about the Big Band era and a half dozen other subjects we’d explore whenever I would interview him, with Sammy Cahn about how he wrote “Three Coins in a Fountain” and with Paul Anka about how he wrote “My Way” for Frank Sinatra, with Shirley Jones about “Oklahoma” and the “The Partridge Family,” with Steve Allen about the early days of television, with Frankie Avalon and Bobby Rydell about the early days of “Bandstand,” just to name a few.

Role Model(s): Dave Roberts, former Philadelphia weatherman who took me under his wing as an intern and taught me about the business and how to balance it with family. Dave and his wife, Patti, have three kids including their son, actor David Boreanaz.

Favorite Sports Team(s): All Cleveland teams, of course, but my allegiances are still with the Philadelphia teams I grew up with.

Family: I'm married to Stacey Frey and we have one son.

Hobbies & Interests: Sports of all sorts, biking and skiing.

Something most people don't know about me: I was a political press secretary in Philadelphia prior to taking my first job as a reporter.

What I like best about Northeast Ohio: Showing people who aren’t from here around and watching their faces as they discover the hidden gems that those of us who live here so very often take for granted and rediscovering them by seeing them through their eyes.

On the weekends I love to: Spend time with my family and decompress.