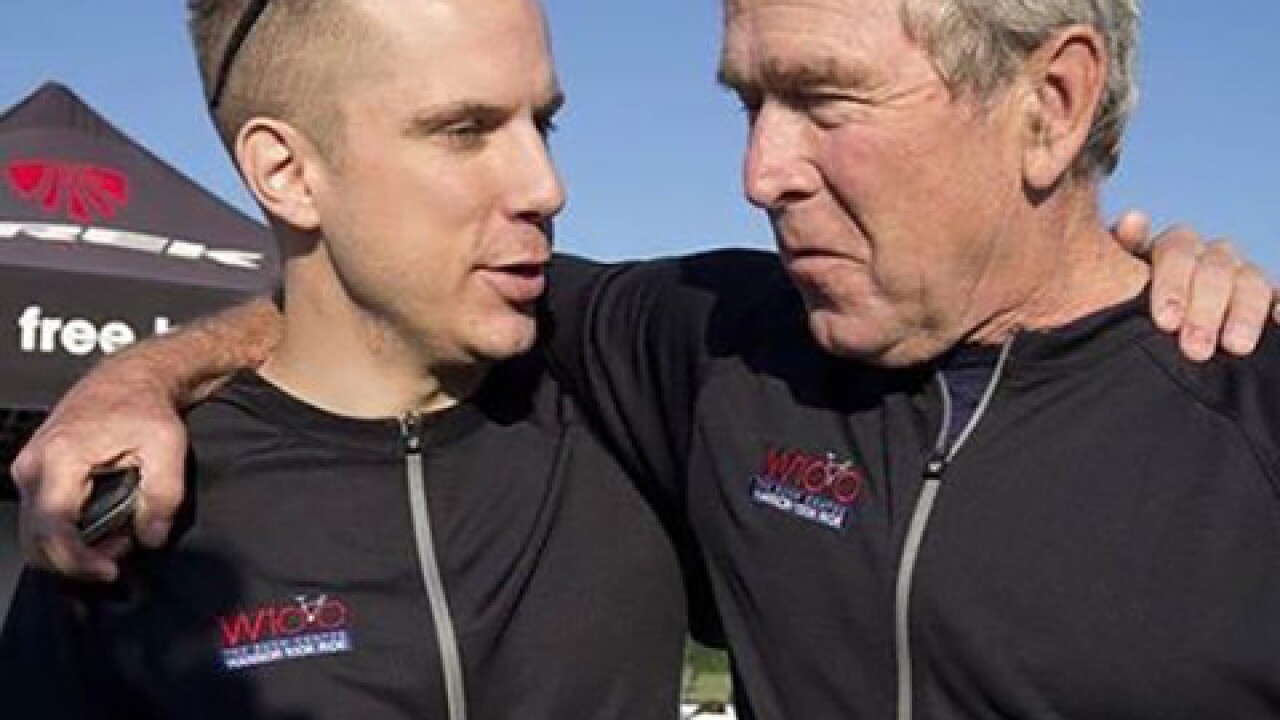 While on tour in Iraq in April 2005, he was injured when debris from mortar explosion hit his neck and legs while conducting a mission.

Upon his return to Ohio, McCann faced a road of recovery.

His injuries led to a Purple Heart Award and a discharge from his days of service.

McCann was looking for ways to stay in shape without further injuring himself and found cycling. McCann realized that the fluid motion of mountain biking did not further damage his ligaments or tendons that were wounded in combat.

"I realized that I could actually cycle and found it relaxing," McCann said. "There was no pounding or stress put on the parts of my legs that were injured."

It was through this passion that McCann met former president George W. Bush.

The former president's foundation hosts a 'Military Service Initiative', hosts a Warrior 100 kilometer mountain bike ride each year. The ride, which honors wounded warriors from the military, gives veterans the chance to meet other men and women who stood on the front lines - as well as meet the former president himself.

McCann was invited to the ride for the first time after his discharge from the Marine Corps. and met George W. Bush.

He then continued his relationship with Bush by volunteering at other Warrior bike rides, helping the organization bring in and host new groups of veterans.

After meeting the former president several times and building a more personal relationship with him, McCann has a permanent place in Bush's legacy.

He is featured in Bush's Portraits of Courage: A Commander in Chief's Tribute to America's Warriors book, released this year. His portrait is seen on page 185 of the book and was based on a photograph sent into Bush.

"President Bush really cared and really wanted to know about the stories of myself and others that had been wounded," McCann said. "He cared about the impact of the decisions he made during his presidency and cared about our stories... I think this is his way of giving back."

McCann currently lives in Oberlin. In October, he is traveling to Texas to see his portrait for the first time in person. He has a copy of the book and received a copy of his painting, but has yet to see it in person.