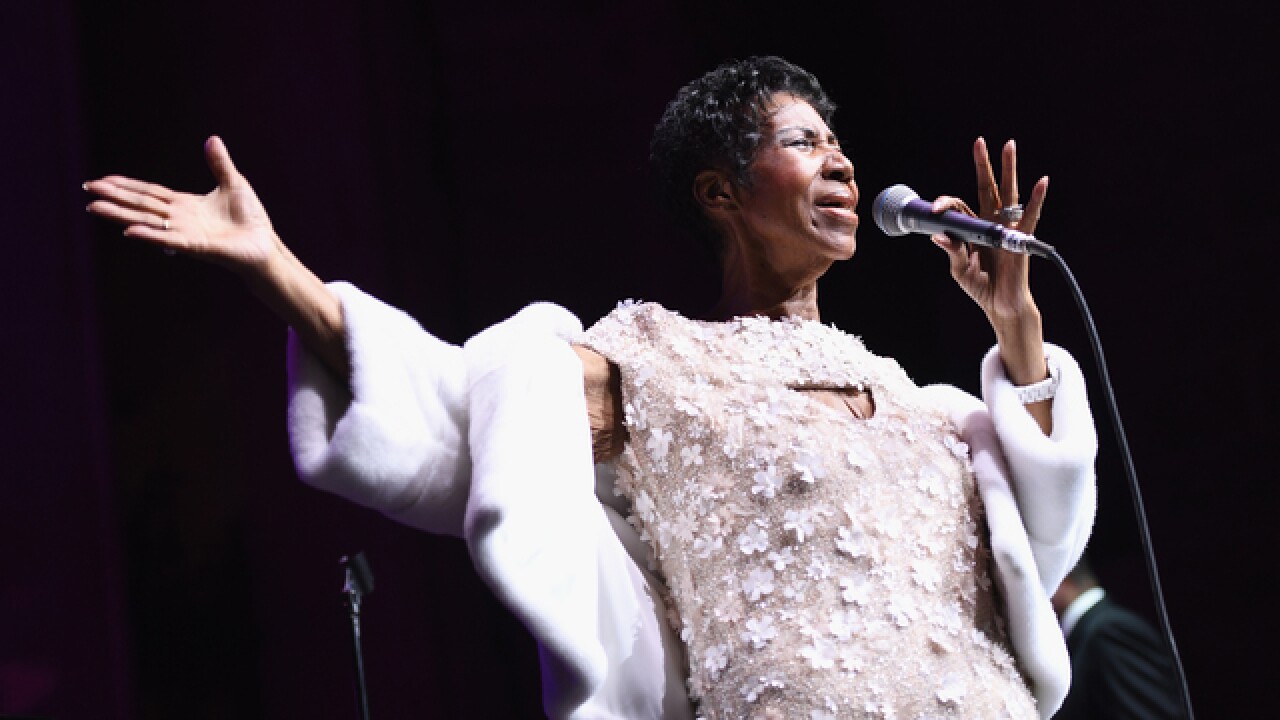 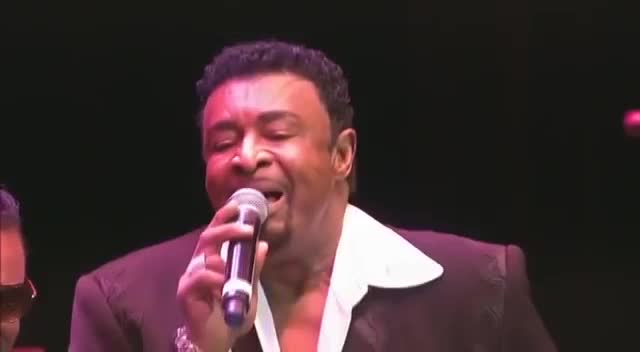 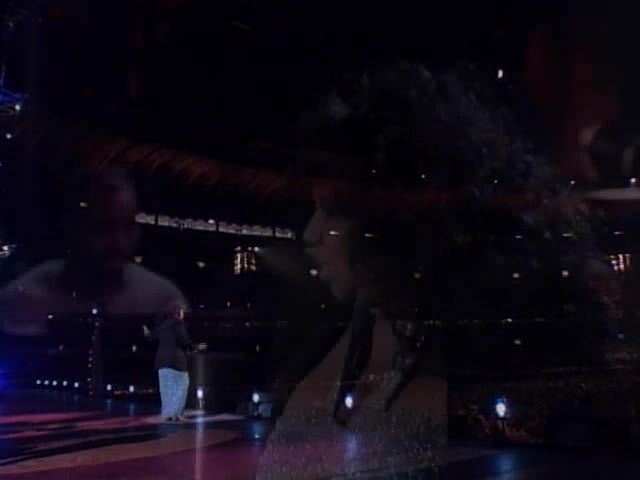 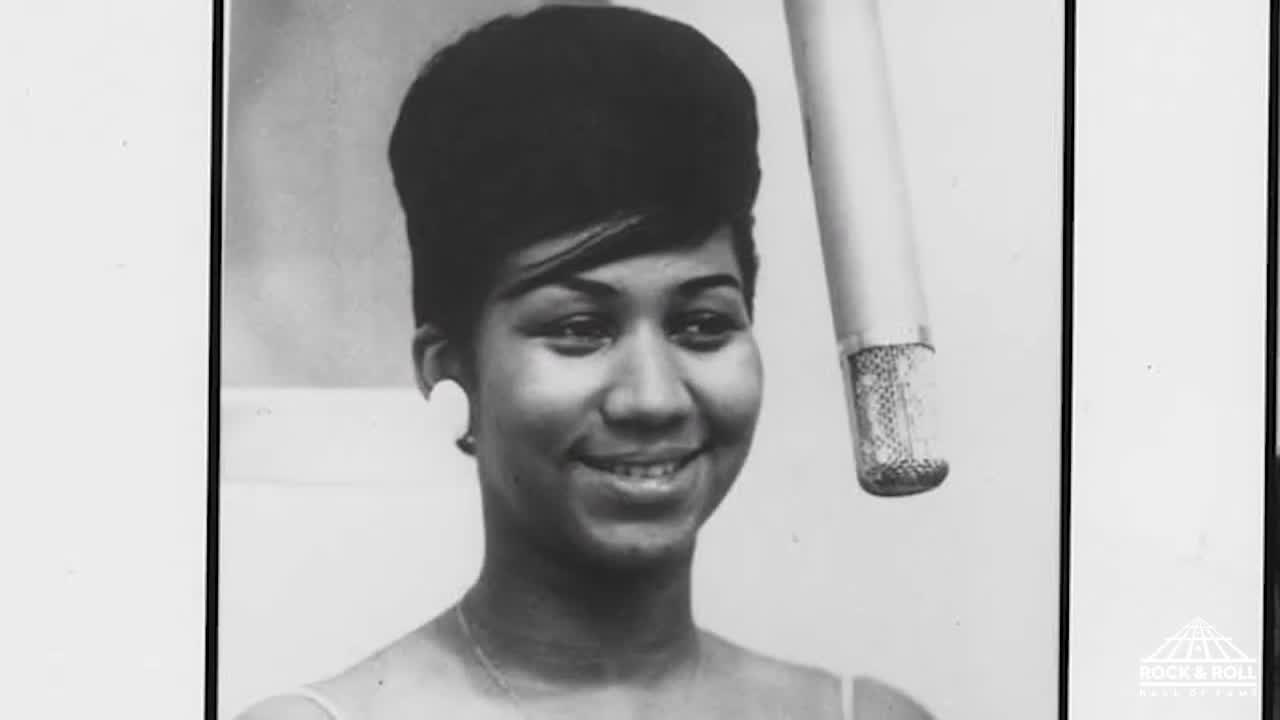 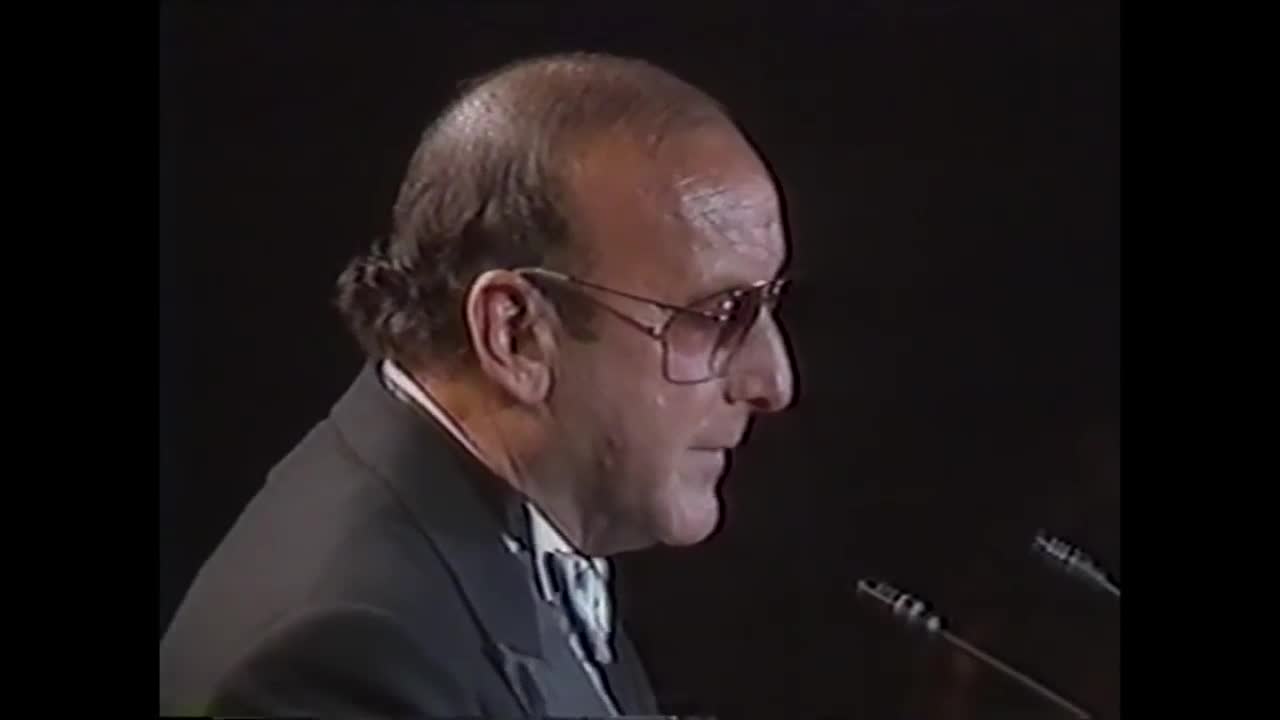 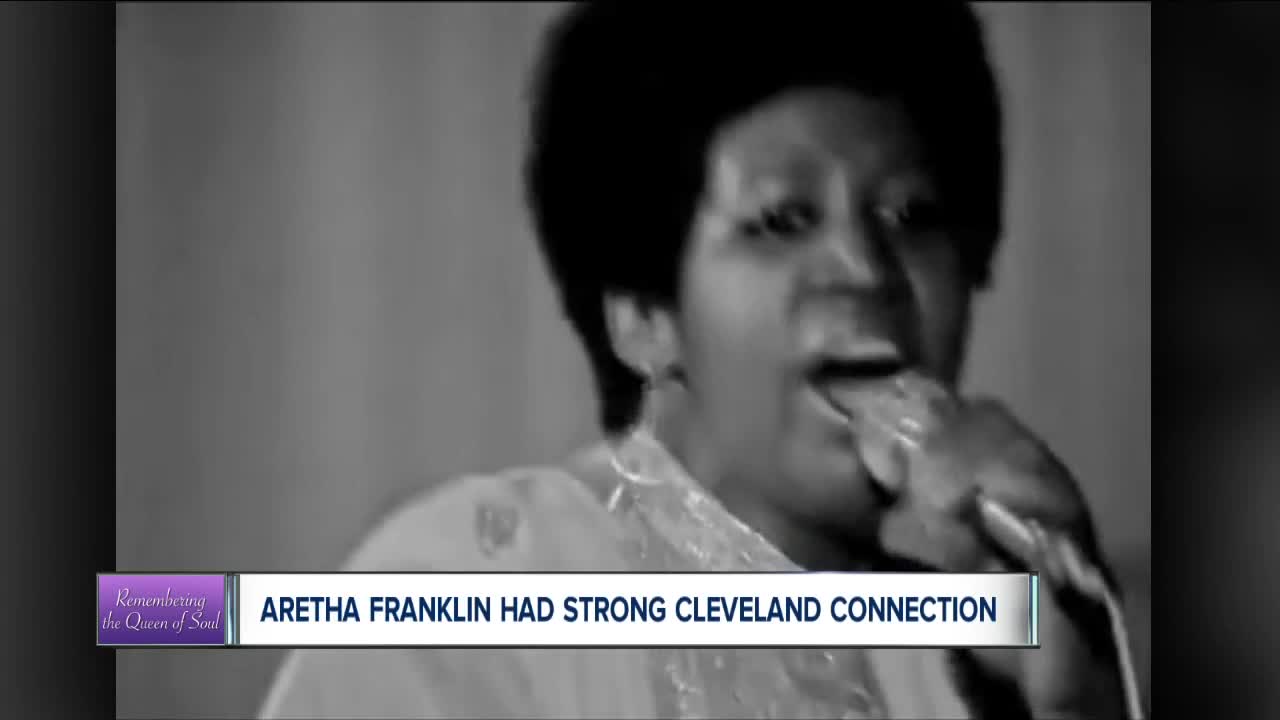 The news of Aretha Franklin's death on Thursday sent shock waves across the world—and here at home in Cleveland. She will be remembered for many reasons in Northeast Ohio, not the least of which is her legacy as the first woman to ever be inducted into the Rock and Roll Hall of Fame. Franklin was inducted into the Hall of Fame on Jan. 3, 1987.

In 2011, the Rock Hall hosted the 16th Annual Music Masters tribute concert honoring Franklin at Playhouse Square. She surprised everyone with a jaw-dropping performance of  "A Song for You" with Ronald Isley and Dennis Edwards.

Though she wasn't in attendance to accept her induction, Clive Davis and Aretha's brother Cecil Franklin read a speech on her behalf.

"To be the first woman inducted into the Rock and Roll Hall of Fame,  it's a historical moment and indeed a milestone in my career. It's a moment I hoped to share with you and the illustrious members of this esteemed committee," Davis said as he read her speech during the induction ceremony.

Following the news of her death, Davis shared his condolences online.

I’m absolutely devastated by Aretha’s passing. She was truly one of a kind. She was more than the Queen of Soul. She was a national treasure to be cherished by every generation throughout the world. (1/2)

Rock and Roll Hall of Fame CEO Greg Harris shared a story many may not have heard about Franklin.

He also spoke about her magical ability to connect with everyone.

"When you talk to other musicians, they don’t talk about her technique and style, they just say, 'She grabbed my heart.' And when you can grab somebody’s heart, great things happen," Harris added.

Don Webster, who hosted the music show Upbeat, had Franklin on the show many times. He said she always came in with a big smile.

"Always nice to people, and I think that came through in her music," Webster said.

He, too, spoke about her ability to connect with so many.

Franklin made her rounds throughout Northeast Ohio, stopping for an unforgettable performance at The Rubber Bowl. It was 1997 and the weather resembled more of a monsoon than good weather for a concert.

Mark Cheplowitz, who is a special events producers, remembers the week like it was yesterday. He was helping produce "The Reunion" for the Salvation Army— a concert put on to benefit military members and veterans.

The main event was a concert featuring Three Dog Night, the All Star Band with Ringo Starr and Aretha Franklin.

The Salvation Army didn't have rain insurance at the time, so they lost a large investment on the weekend

Before the show, Cheplowitz said he went backstage to pay Franklin, who had to be paid in cash at the time. Recognizing the weather put a damper on the show, Franklin reached in her purse and pulled out her wallet. Not knowing what was happening at the time, Cheplowitz couldn't believe what he was witnessing.

"I didn't know what she was doing. I get a little choked up describing that moment. She wrote a check back to the Salvation Army and asked me to give it to the appropriate person," Cheplowitz said."No one asked her to do this."

With the rain relentlessly coming down on a crowd not much larger than 500 people, Cheplowitz said all three artists performed on stage.

"She performed like it was full house. It was a memorable performance," he said.

He also recalls how Franklin and Ringo Star both mentioned to him how they wanted to meet each other.

"They met backstage. It was clearly the most uncomfortable encounter I've ever witnessed. To describe it to you, it was like an invisible line separated them. Soaked from the rain, they reached over the invisible line and shook hands with each other," Cheplowitz said about the encounter that took place in what he calls the sketchy lockers at the stadium. 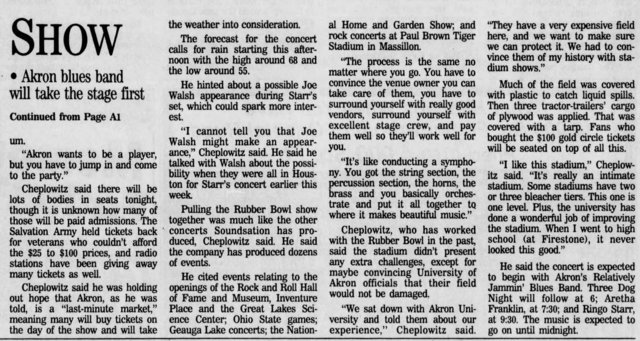 An Akron Beacon Journal article writing about the event.

Born in Memphis and raised in Detroit, she was always surrounded by the beats of Motown and gospel. Her father, Rev. C.L. Franklin, led his local congregation and was considered at the forefront of the civil rights movements. Her songs reflected the change and empowerment happening during the civil rights era.

Lady Soul. The first woman inducted into the Rock & Roll Hall of Fane, Aretha Franklin was an artist of passion, sophistication and command, whose recordings remain anthems that defined soul music. Long live the Queen. pic.twitter.com/V3khKRPyX5

Case Western Reserve University recognized Franklin's achievement in American culture with a Doctor of Humane Letters—an honorary degree given to those who exemplify excellence and human endeavor in their work. 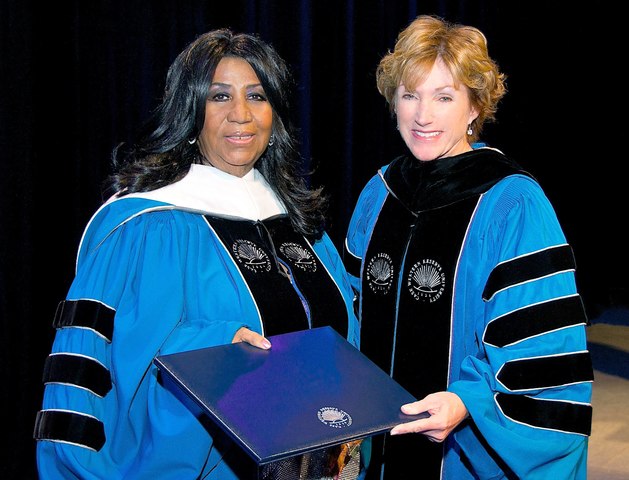 During her ascent as the Queen of Soul, Franklin performed at the legendary Leo's Casino at 7500 Euclid Ave. She joined The Temptations, The Supremes, and Stevie Wonder as artists who had some of their earliest performances at the popular jazz club, which closed in 1972. 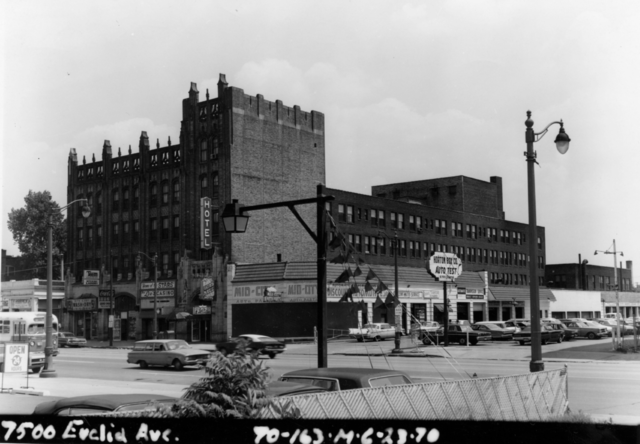