LIST: Vendors to check out at the September Cleveland Flea 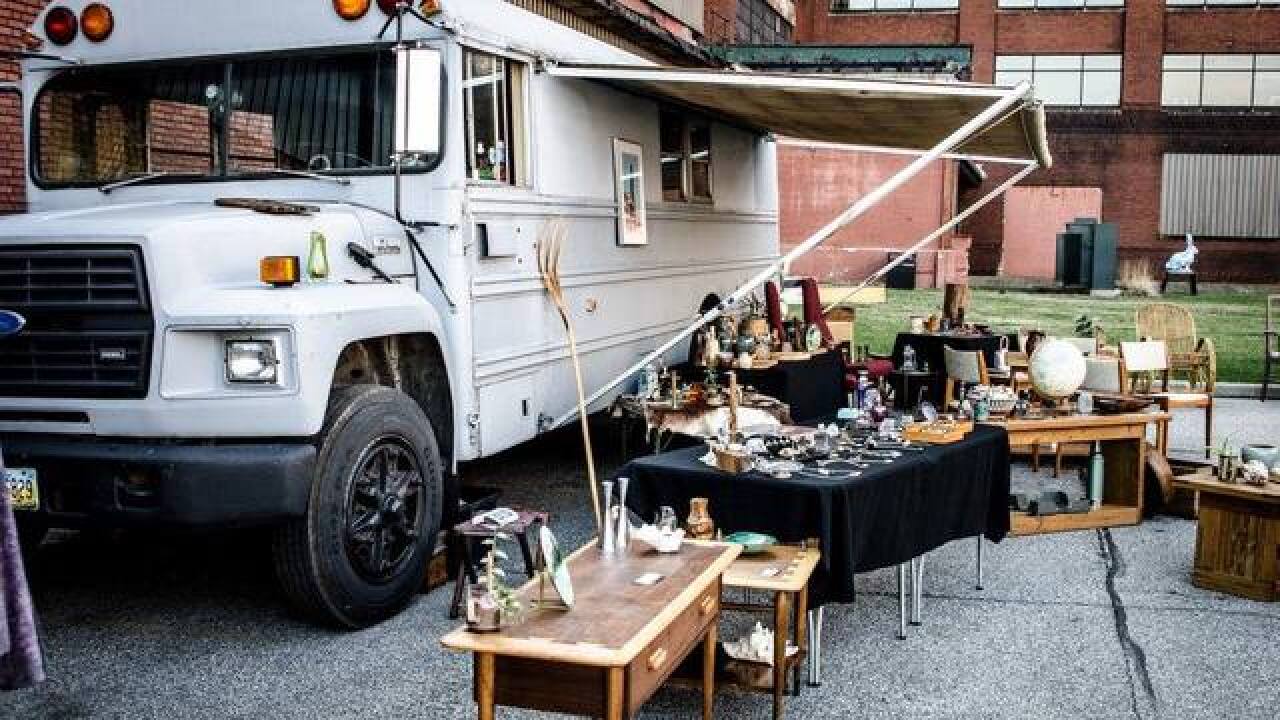 Thousands of people will flock to Tyler Village in the St. Clair Superior neighborhood this weekend for the Cleveland Flea — a monthly outdoor market where the public and budding entrepreneurs can connect and see what creativity is brewing in the city.

The Cleveland Flea helps small businesses gain exposure without taking on the risk of a store front property.

Every month, new vendors come to the flea hoping to get new customers and ultimately be the next vendor everyone can't wait to see.

Here are some of the vendors who are new to the flea this year:

For as long as she can remember, sewing and creating things have been a part of Anne Skoch's life. She began selling her skyline accessories — from bags to pillows to wristlets — by participating in countless craft shows and selling on Etsy.

"Over the past six years, I have created, designed, failed, grown, and, most importantly, learned what I love doing the most, as well as how I want my brand to be established," Skoch said.

When she isn't busy with her full-time job as a student studying fashion merchandising and entrepreneurship at Kent State University, she's focused on creating products made from 100 percent organic cotton in small batches.

You can find her designs ahead of the flea here.

5 am Press by Keith Allen

Keith Allen's journey into the book publishing world is a long one that stems from dabbling in children's books as a hobby in 2012. Trained as a senior product designer for American Greetings, Allen always wanted to self-publish a complex pop-up book, even more so after becoming a father.

So he started a rough draft inspired by how hard it was for him to get his daughter to clean up her toys. Once his son was born, Allen was up with his wife trying to make their son fall asleep during the night. After months of trying, his son started to fall asleep but Allen found himself waking up at 5 a.m., which became a designated time to work on his book. Hence, 5 am Press was born.

Allen finished the book, What a Mess!, and then turned to Kickstarter for funding and has received funding from backers from all over the world.

"It has been a labor of love for many years so it's really exciting to see it finally launch and lead to some pretty great opportunities," said Allen.

For Ashley Weingart, throwing away unwanted produce because of an imperfection is something she takes personally. Her husband's family has been in the produce industry for nearly 100 years so it's suffice to say produce is usually a hot topic.

"It's sound really boring but on our honeymoon in California we actually visited a garlic farms and lettuce farms and see how much was being wasted. There would be just rows of unpicked lettuce so I started asking why this produce wouldn't wasn't being picked," said Weingart.

Weingart partners with wholesale produce companies like Produce Packaging to get fruits and vegetables that would otherwise be thrown out for an imperfection.

Every week, she packages boxes of assorted produce along with a recipe card for a dish that is easy and affordable. On Fridays, the boxes are delivered to those who subscribe.

At the Cleveland Flea, Weingart will offer a farmer's market style area where an assorted produce will be available.

Weingart said 30,000 pounds of food have been saved since last May.

"My main priority is rescuing food before it goes into the garbage."

Every artist has their own path into finding a routine and their own place in the artistic world. In the last couple of years, Rachel Dewey said she had a never-ending urge to pick up a paint brush and paint. But it was developing habits that was the challenge.

It was little increments of time dedicated to painting that Dewey said was a breakthrough for her. She began to see habits develop and vowed to do 100 days of art, no matter the size of the piece.

The September Cleveland Flea will be Dewey's first time putting all of her art out at once for the world to see.

Committing to the Cleveland Flea forced Dewey to push beyond her fears and vulnerability, feelings many artistic people face.

For the last week, Dewey has been putting the final touches on her colorful, botanical-inspired paintings.