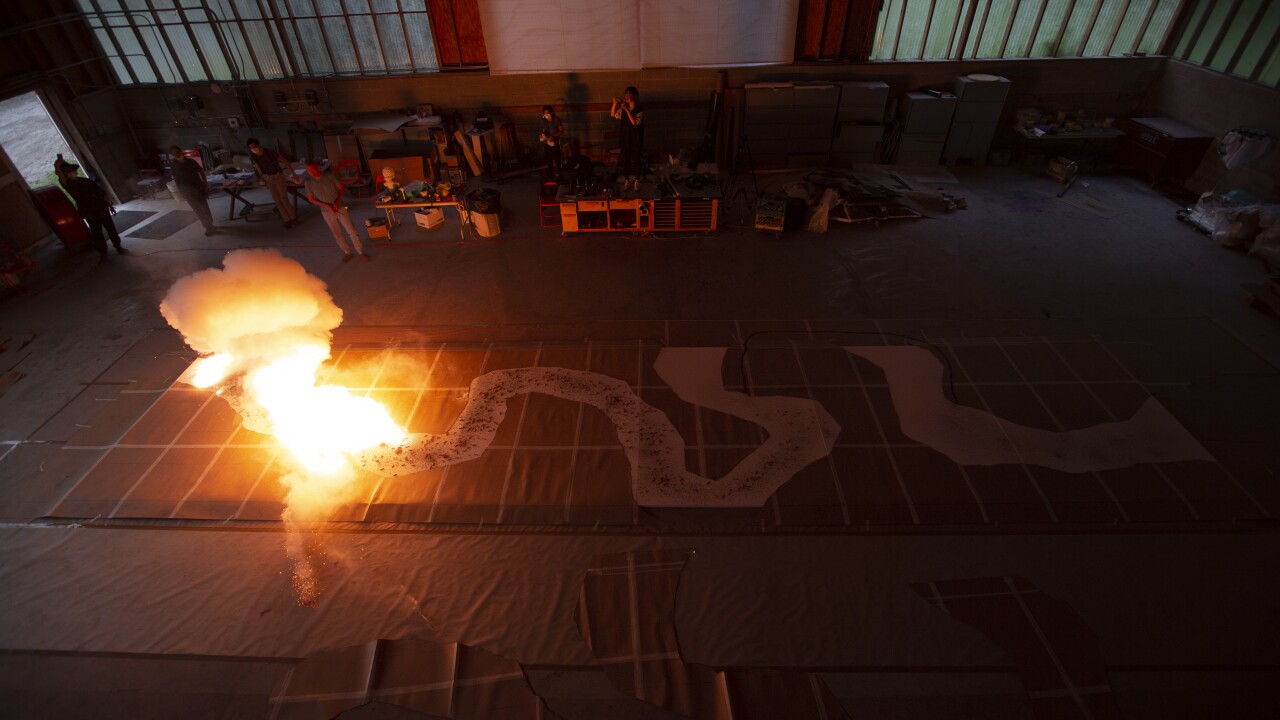 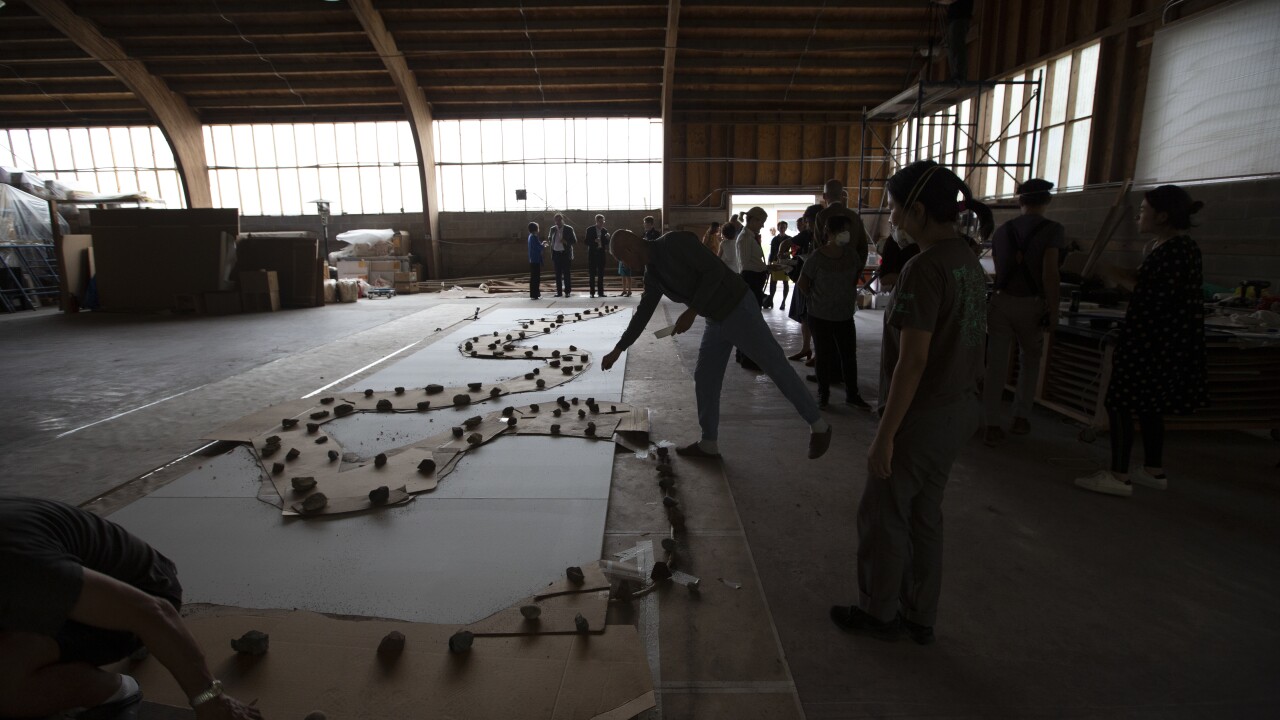 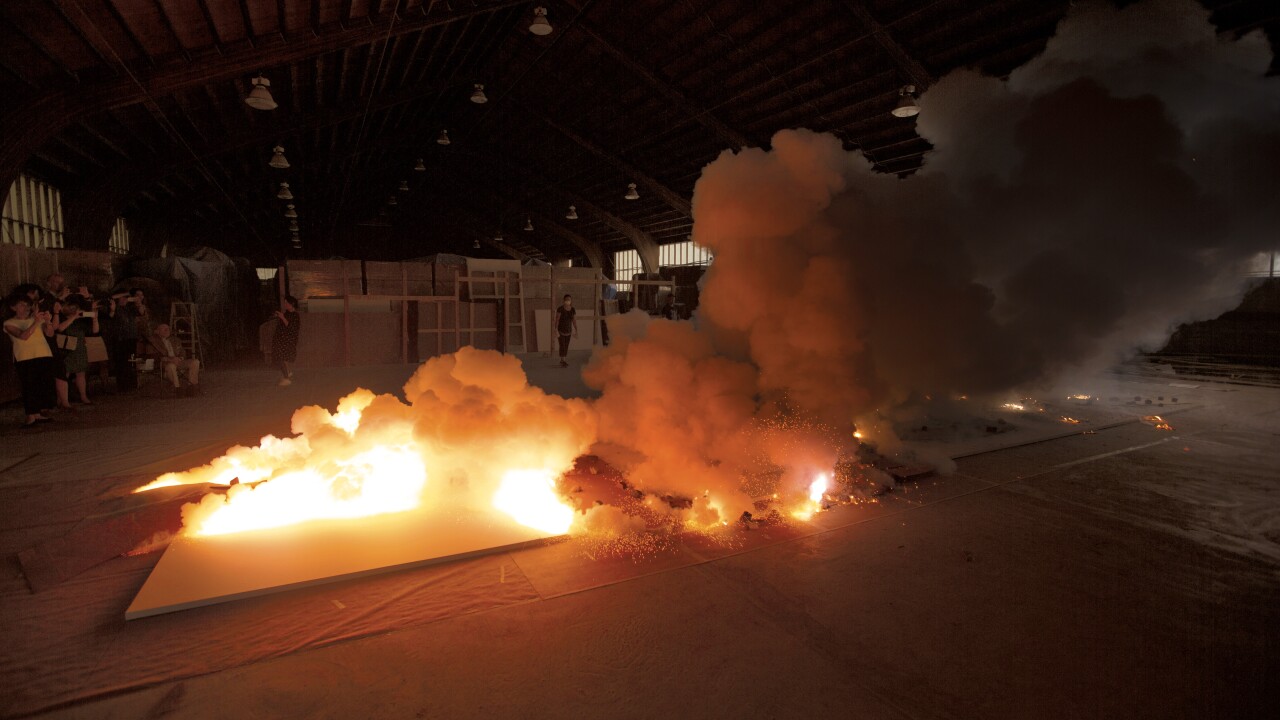 CLEVELAND — Another highly-anticipated exhibition will likely make the Cleveland Museum of Art a destination in your summer plans. Internationally-acclaimed, Chinese-born artist Cai Guo-Qiang, known for his explosion events, gunpowder drawings and installations, is showing his work for the first time in Cleveland with his exhibition Cai Guo-Qiang: Cuyahoga River Lightning.

Part of Cuyahoga 50, a citywide commemoration of the 50th anniversary of the last time the river caught fire and progress made to keep the river clean, the Cuyahoga River Lightning features three monumental gunpowder works that address humanity’s relationship with nature and the planet’s diminishing resources of water.

The exhibition is now available for public viewing and will be available through Sept. 22 in the Julia and Larry Pollock Focus Gallery. More info here.

“Cai is the first and foremost artist who makes use of the medium of gunpowder,” said Clarissa von Spee, chair of Asian art and James and Donna Reid curator of Chinese art in a news release from the museum. “An explosive mixture of sulfur, charcoal and saltpeter—gunpowder is a Chinese invention known in China as ‘fire-medicine’ (huoyao). By directing the destructive forces of the explosion, Cai creates unique works of art, with outcomes often beyond his control. We are delighted that Cai Guo-Qiang agreed to collaborate with us on a project that commemorates a historic moment in Cleveland that had national repercussions and inspires awareness about our endangered planet today.”

RELATED: Exhibition featuring rare artwork from Japan will be on display at the Cleveland Museum of Art

In 2018, Cai created Cuyahoga River Lightning, which is what the current exhibition is based on and named after.

Cai, who choreographed the fireworks for the 2008 Beijing Olympic Games, depicted an aerial view of the Cuyahoga River from the bend where it burned to the point where it goes into Lake Erie.

In the drawing pictured below, Cai used additional gunpowder on the stretch of the river where it caught fire. The ignition of the drawing, recorded on video, is part of the exhibition.

Cai has also shown his gunpowder works in color at the Prado Museum in Spain in 2017 and the Uffizi in 2018.

See video of Cai igniting a similar work of art for the MOCA in Los Angeles in 2012: