Everything you need to know about St. Patrick's Day 2018 in Cleveland

St. Patrick's Day is a time when thousands descend from all corners of Northeast Ohio and embark on a journey to downtown Cleveland to join others decked out in a sea of green—a tradition that has been a constant since 1842.

St. Patrick's Day is a time when thousands descend from all corners of Northeast Ohio and embark on a journey to downtown Cleveland to join others decked out in a sea of green—a tradition that has been a constant since 1842.

Not much has changed in the ways Cleveland celebrates a holiday where everyone seems to find a piece of Irish ancestry in themselves. Lots of green beer. Corned beef sandwiches stacked as high as the Terminal Tower and a parade that makes everyone smile. 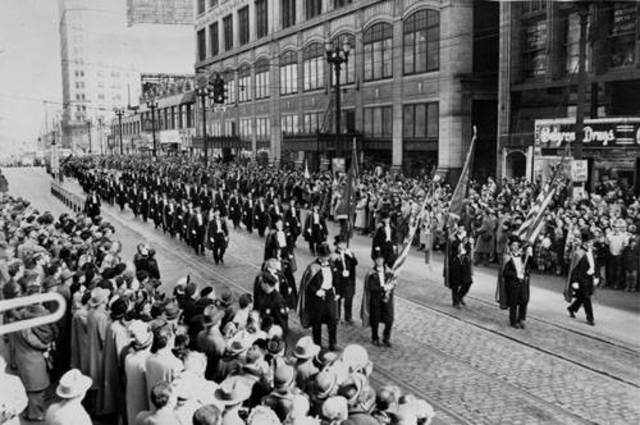 If ye be drinking the booze, ye should not drive

Before you think about which bar or restaurant or even where to stand for the parade, first you have to decide how you're going to get downtown.

If the RTA isn't your thing, you can do a ride share with Uber or Lyft. If you use Lyft, use "THISISCLE" to get your first ride free up to $20.

What makes this year's celebration different?

In a refreshing change, the majority of the wrestling downtown on Saturday will be legal. St. Pat's this year falls on the 2018 NCAA Division I Wrestling Championship.

If you plan on seeing the main event, your best bet is to find spot on Superior Avenue near East 9th Street for the best view. The parade will begin at Superior Avenue and East 18th Street. It begins on Saturday, March 17 at 1:04 p.m. More info. 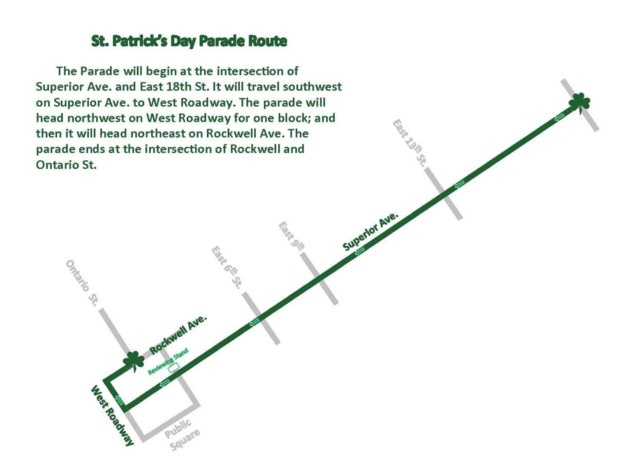 Where to chow down on corned beef

Corned beef is synonymous with St. Patrick's Day, and it's hard to beat Slyman's or Danny's Deli for an oversized corned beef sandwich. Expect long lines because hungry fans line up as early as 5 a.m.

Flannery's Pub has been a Cleveland trademark since 1997. The pub features a wide selection of Irish whiskey.
325 E. Prospect Avenue East, Cleveland, Ohio 44115

Barley House is a good spot if you want to move your St. Patrick's Day celebrations to the dance floor. There is a wide selection of beer and food, including their king corned beef sandwich made on a pretzel bun.
1261 W. 6th Street, Cleveland, Ohio 44113

The Flat Iron Cafe: Want to wake up early and experience kegs and eggs? Doors open at 7 a.m. with live music and a free shuttle to the parade.
114 Center Street, Cleveland, Ohio 44113