CLEVELAND — Some may consider Sweetest Day another Hallmark holiday but for many, it's a time to celebrate that special someone.

Sweetest Day is celebrated on the third Saturday of October in the Midwest and some parts of the Northeastern United States, this year falling on Oct. 19. It is a day to exchange romantic gifts and expressions.

Established in 1921, Sweetest Day has a holiday with a local connection to Cleveland candy makers. Legend has it Herbert Birch Kingston, a candy company employee at the time, wanted to bring happiness and the feeling of inclusion to the lives of those who were often forgotten by family and friends.

Kingston would frequent nearby orphanages and elderly homes to distribute candy and small gifts.

The year after the holiday was established, The Plain Dealer ran a full-page editorial chronicling the origin of the day: 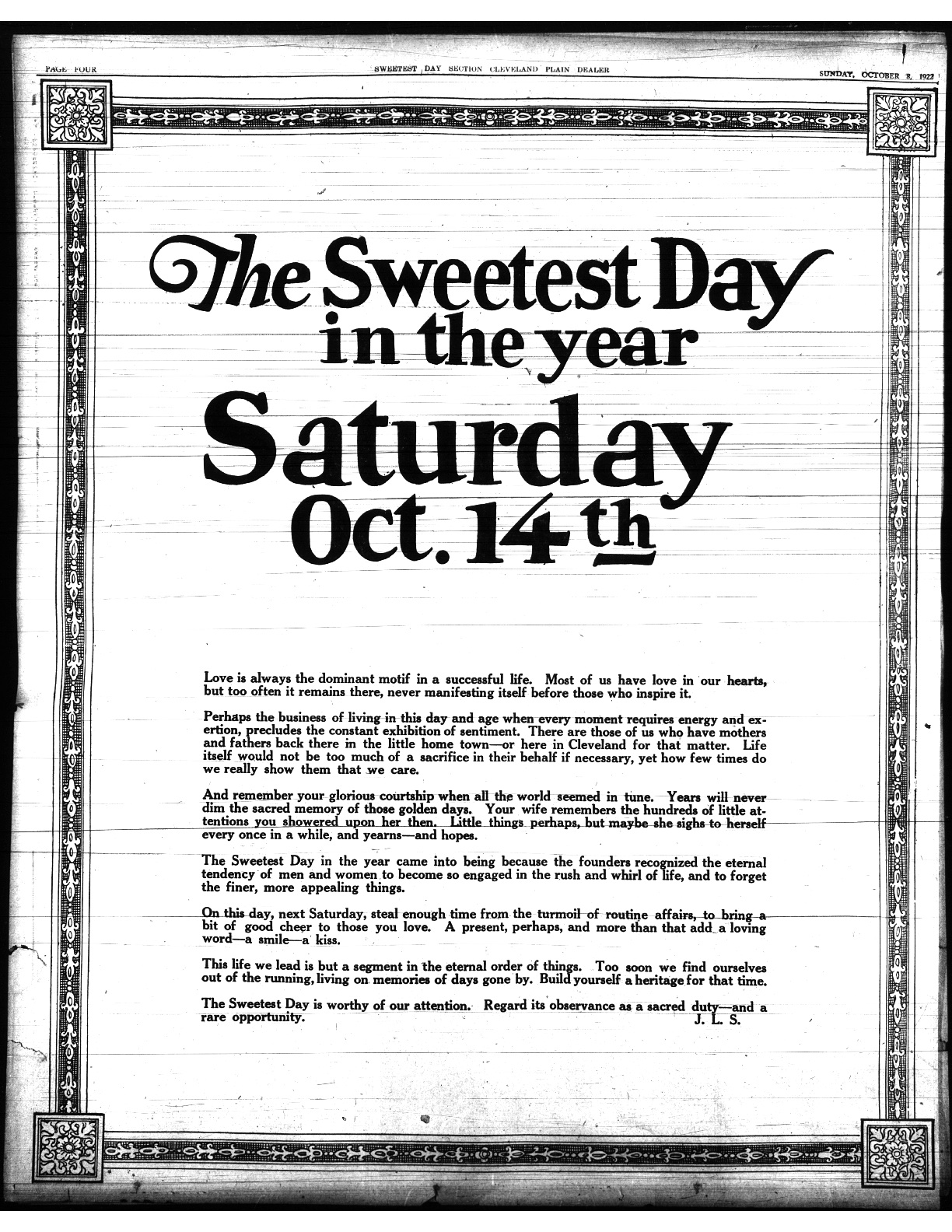 In the early 1930s, movie stars and other celebrities jumped on the idea and began doing their own form of candy distribution. Ann Pennington is said to have distributed candy to around 2,200 Cleveland-area newspaper boys.

Throughout the years, Sweetest Day started to become a way of showing love to family and friends.

Sweetest Day is still most prevalent in the Great Lakes region where it originated but has since expanded to the rest of the country.