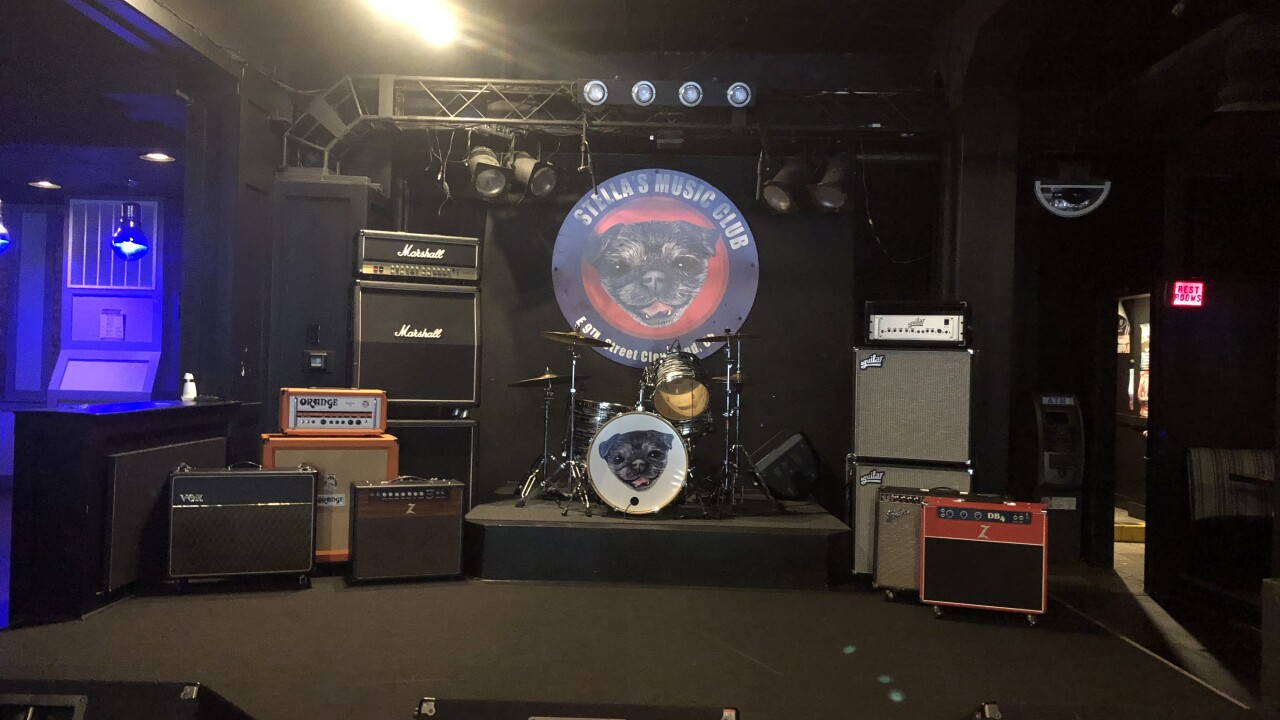 CLEVELAND — Stella’s Music Club is putting up a fight against the pandemic. The venue welcomed back live music and more customers on baseball’s opening night in Cleveland Friday night hoping it helps in its fight against coronavirus.

But Jerrell says they’re fighting with up to $100,000 in losses because of the state’s shutdown and another $75,000 in damages from the May 30 protests downtown.

“It would literally be impossible if the city of Cleveland didn’t help us come back,” he said.

And they’re not alone.

According to the National Independent Venue Association (NIVA), about 90 percent of music and entertainment venues across the nation say they would not have survived if the shutdown lasted any longer without federal or state help.

“This is just untenable. Nobody can do it,” said NIVA spokesperson Audrey Schaefer. “We can’t just be left without any compensation because we’ll all go under.”

The group is now pushing congressional leaders to help by supporting and passing legislation like the bi-partisan Entertainment New Credit Opportunity for Relief & Economic Sustainability (ENCORES) Act (HR 7735) introduced by Rep. Ron Kind (D-WI) and Rep. Mike Kelly (R-PA). The bill would throw venues a lifeline by providing the following:

· Businesses must have offered a voucher to customers first, and customers opted for a refund instead, in order to get the credit.

Schaefer says through SaveOurStages.com, more than 1 million emails have been sent letting all 538 members of Congress know that constituents want to keep independent venues alive.

“You cannot put this problem on ice,” she said. “They have to provide this funding for us before they go away for August recess, otherwise it’ll be too late.”

As a member of NIVA, Stella’s Music Club is joining is continuing its fight against the pandemic, while helping other venues still hoping to reopen.

“We’re signing all the petitions we have our staff doing it. We’re going door to door to help people understand that live music is something that is essential,” Jerrell said.