From Iraq to Ohio, a young war victim’s story of healing and acceptance 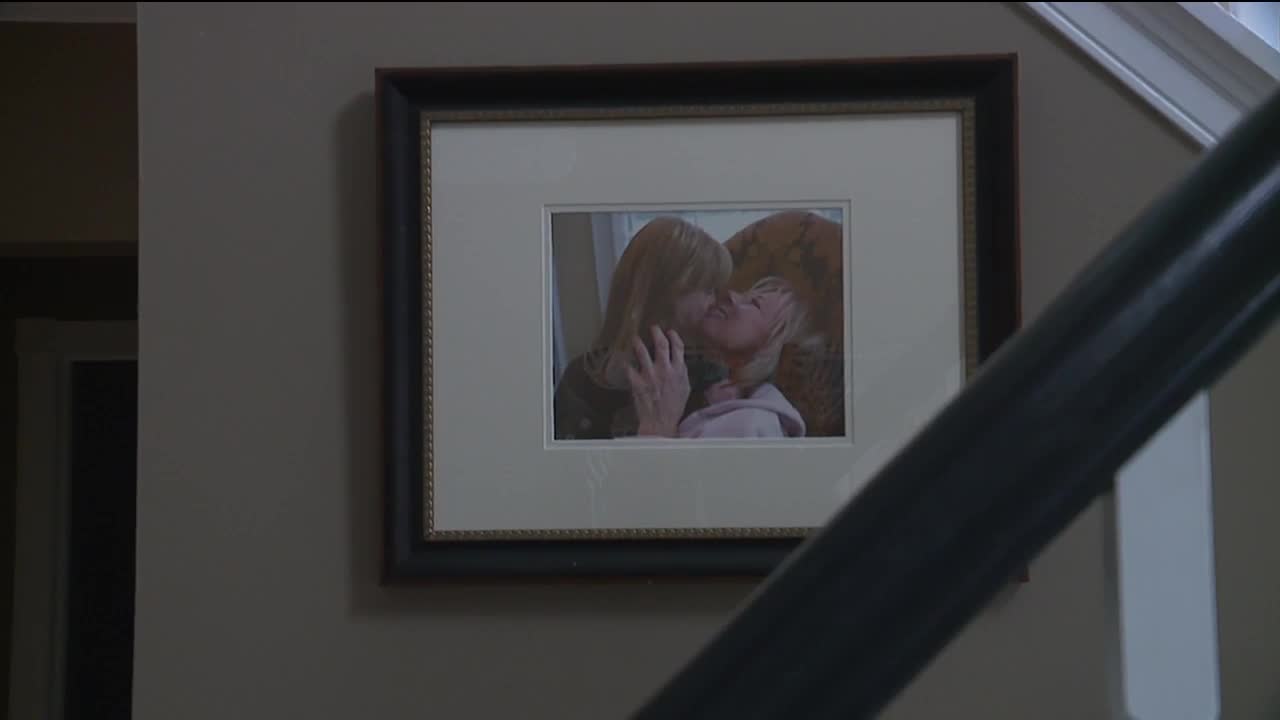 Teeba Furat Marlowe was only 19 months old when her life changed forever. One doctor told her mother it would be best if she died. No one expected what would happen after she posed for a journalist’s picture. 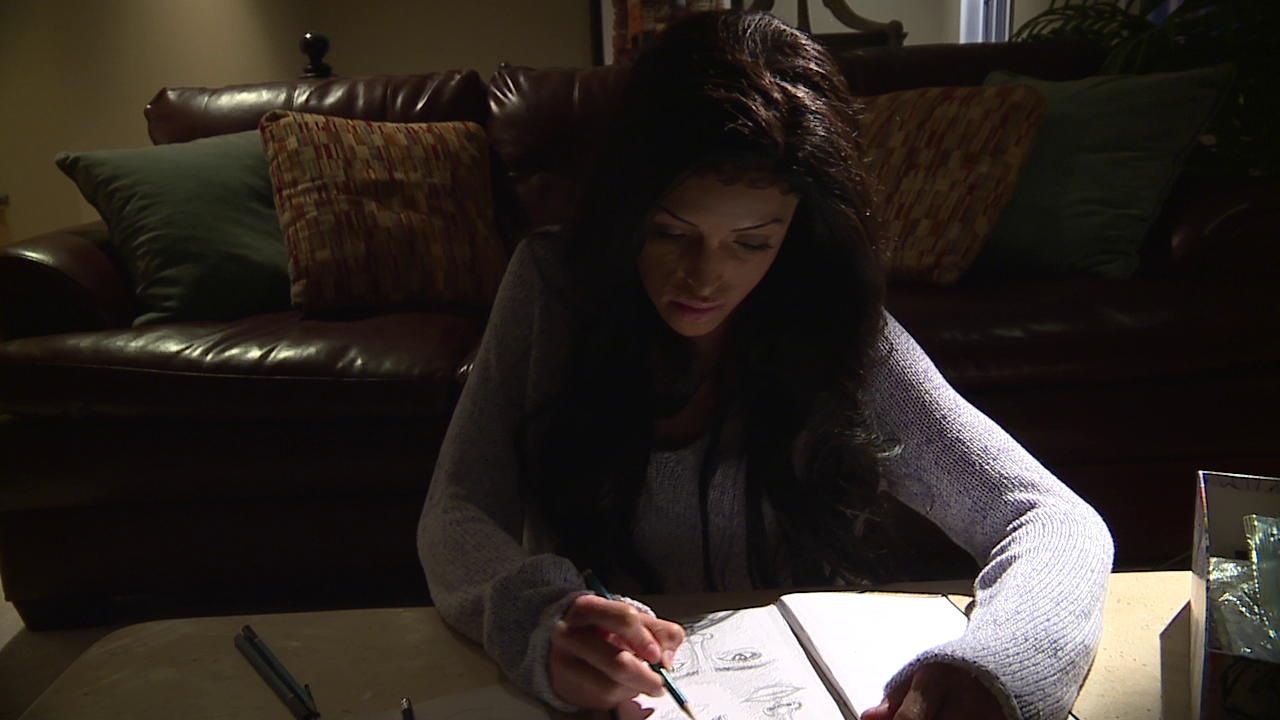 Teeba Furat Marlowe was only 19 months old when her life changed forever. One doctor told her mother it would be best if she died. No one expected what would happen after she posed for a journalist’s picture.

“When people ask me how I’ve been so strong and so brave through my years, and this journey, I wish I could say it was easy,” Teeba said. “But in no way was it easy.”

A country at war

In 2003, Teeba Furat Marlowe was living with her family in Diyala Province, a rural area in the eastern part of Iraq, when Americans invaded the country.

“It was an atmosphere… you didn’t want to open your eyes,” she said. “You wanted to hold your breath.”

Despite the danger, her parents tried to create a normal life for Teeba and her 3-year-old brother, Yousef.

One November day, her father took them in a taxi to buy her brother a bike. The trip would change their lives forever.

The taxi they were in struck an improvised explosive device hidden on the road. The roadside bomb engulfed the vehicle in flames.

“I remember the dust began to suffocate me,” she said.

Somehow, Teeba survived. Her big brother did not.

“There are days where I’ll see some little boy who reminds me of 3-year-old, innocent Yousef,” she said. “And I often wonder who he would be now.”

No reason to live

While the heavy coat she was wearing protected her body, the fire seriously scorched her face, hands and head, even burning the cartilage off her ears.

In the rural culture, a child with such severe injuries would be an outcast. She would have little chance of ever getting married or living an independent life.

A doctor told her mother it would be best if she died.

“Sometimes, I get angry at those doctors or the elders in the village who truly believed I had no reason to live,” Teeba said.

Her parents were only concerned about the lack of treatment available for their daughter, who was just 19 months old.

Few plastic surgeons were available in Iraq who could treat Teeba. Her family had even less money to pay for procedures or even medicine to ease her pain.

The skin on her face was so severely damaged making any movement hurt.

“I was constantly in pain,” she said. “Doing just simple things, like smiling or crying or laughing.”

“It’s like nothing would please my scars,” she said. “I would want to scream, but it would just hurt more.”

Three years later, their desperation led them to accept an invitation from an American journalist who heard about Teeba, who was now 4 years old at that time.

Desperate to help his daughter, her father took her on a dangerous drive to Baghdad to share her story.

The journalist had shared similar stories involving children injured by war. He told Teeba’s father it was unlikely anyone who saw her story would help. He was wrong.

The eye of the needle

From the pages of her Sunday edition of The Plain Dealer, the girl in the picture stared at Barbara Marlowe.

“It stopped me dead in my tracks,” Marlowe said. “I was mesmerized by her eyes.”

In the photo, Teeba sat on her father’s lap. The eyes that captivated Marlowe were surrounded by burned skin.

On that day, July 16, 2006, the Mentor, Ohio woman vowed to help the scarred, struggling stranger.

“I feel very strongly that God spoke to me that day,” Marlowe said.

She realized she had the resources and, more importantly, the desire to bring Teeba to the United States for medical treatment.

Propelled by her faith, she plowed through piles of red tape, made more complex by the ongoing war, language barriers and distance.

“It was like [Teeba] had to get through the eye of the needle to get here,” Marlowe said.

Exactly one year from the day Marlowe saw her photo, Teeba stepped off a plane in Cleveland.

“There’s this tiny little girl and she looked exhausted, and tired and confused,” she said. “And the minute I looked at her face, I instantly fell in love with her.”

The feeling was mutual.

Not long after she arrived in Ohio, Teeba asked her mother in Iraq if she could call Marlowe “mom” too.

“The story is so rehearsed in my mind, it kind of seems like the little girl in the picture wasn’t me,” said Teeba, now 17.

She said it’s “difficult to digest” how someone could turn their life upside down to help a stranger.

“If there’s one thing my mom has taught me, it’s not to take no for an answer and to pursue whatever it is that you want,” Teeba said. “And she wanted me. And I’m so grateful for that.”

When Teeba arrived, no one realized their journey had just begun.

“Getting her here, as it turned out, was the easiest part,” Marlowesaid.

At a meeting with doctors at Rainbow Babies and Children’s Hospital, a plastic surgeon recommended Teeba undergo tissue expansion.

The process to smooth her scars would take years.

Marlowe’s husband, Tim, had supported her efforts to help the girl in the picture, but neither expected treatments to last more than a few months.

Teeba’s parents agreed to let her stay with the Marlowes – strangers they had never met – so their daughter could receive treatments she had no hopes of accessing in Iraq.

Then, doctors began the tedious process of slowly stretching her healthy skin to replace scarred skin.

During surgery, balloon-like expanders were implanted under skin on her neck, back, and stomach.

Each week, a saline solution was poured into a port in the device to expand Teeba’s skin.

“Ultimately, it looked like a big tumor,” said Marlowe. They referred to them as Teeba’s “bubbles.”

After months of expansion, Teeba would undergo another surgery to remove the expander and burned skin. Then, the stretched healthy skin was pulled to cover areas that were burned.

“We had times when the ports didn’t work, skin lacerated… so we had to start all over,” Marlowe said. “It was very difficult.”

Constant complications were far from the only problem the family encountered.

When surgeries started, so did something no one expected.

The hospital setting triggered Teeba’s memories of the bombing.

“I remembered being back in the explosion and everything around me was just so, so hot around me,” she said. “I felt like I was still on fire,” she said. “And I didn’t know how to…how to stop burning.”

After each surgery, when she awoke from anesthesia, she was terrified.

Each time, Marlowe would hold Teeba in her arms for hours, rocking her back and forth, attempting to soothe her.

She questioned whether the surgeries were worth the pain they were causing a little girl who had already suffered so much.

“There were times during these surgeries where I fell to my knees,” Marlowe said. “I said, ‘What are we doing? Why are we doing this?’”

Then, one day, she saw Teeba staring into a mirror, smiling at her face as she examined a small piece of smooth, healthy skin.

“She could actually see new skin,” Marlowe said. “That gave us a lot of hope and encouragement for her.”

There were still more challenges ahead.

Teeba’s scars had always attracted stares from strangers, but now her appearance led to even more attention. Cruel comments took a toll on her self-esteem.

“Everywhere I went it, it was like I was this monster,” Teeba said.

She can’t even remember the number of times she’s been told she’s ugly.

“Sometimes, I almost wish I had stayed in the house those few years, instead of going out,” she said.

The comments that have always hurt her most involve her hair.

Teeba wears a wig. The explosion burned her scalp so badly she cannot grow her own hair.

“A lot of people, especially a lot of boys, will make fun of me for that,” she said. “I just want to grab them and scream because it’s like, ‘I don’t like this situation either, dude.’ I wish I could grow my own hair, but I can’t.”

Yet, after 19 surgeries, both the scars you see – and the ones you can’t – have healed.

“I don’t hate my scars anymore,” Teeba said. “And I don’t think they hate me either. I've learned that beauty is not something that lays on someone's face. I’ve realized it’s so much more than that. And I truly believe that it’s who I am today that people compliment.”

The once terrified little girl has become a confident, young woman.

She is a star student, talented artist and gifted public speaker.

She is also ambitious.

She plans to become a pediatric anesthesiologist to help ease the fears of other children facing surgery.
.
In the meantime, she is taking a break from surgery to spend her teenage years living a more normal life.

At some point, she may have surgery to rebuild her ears, but for now, she has learned to accept the scars that have often defined so much of her life.

“I’m proud of my face,” she said. “I’m proud of my skin for being able to endure all those surgeries. I think for a girl with scars running up and down my face, I’m pretty.”