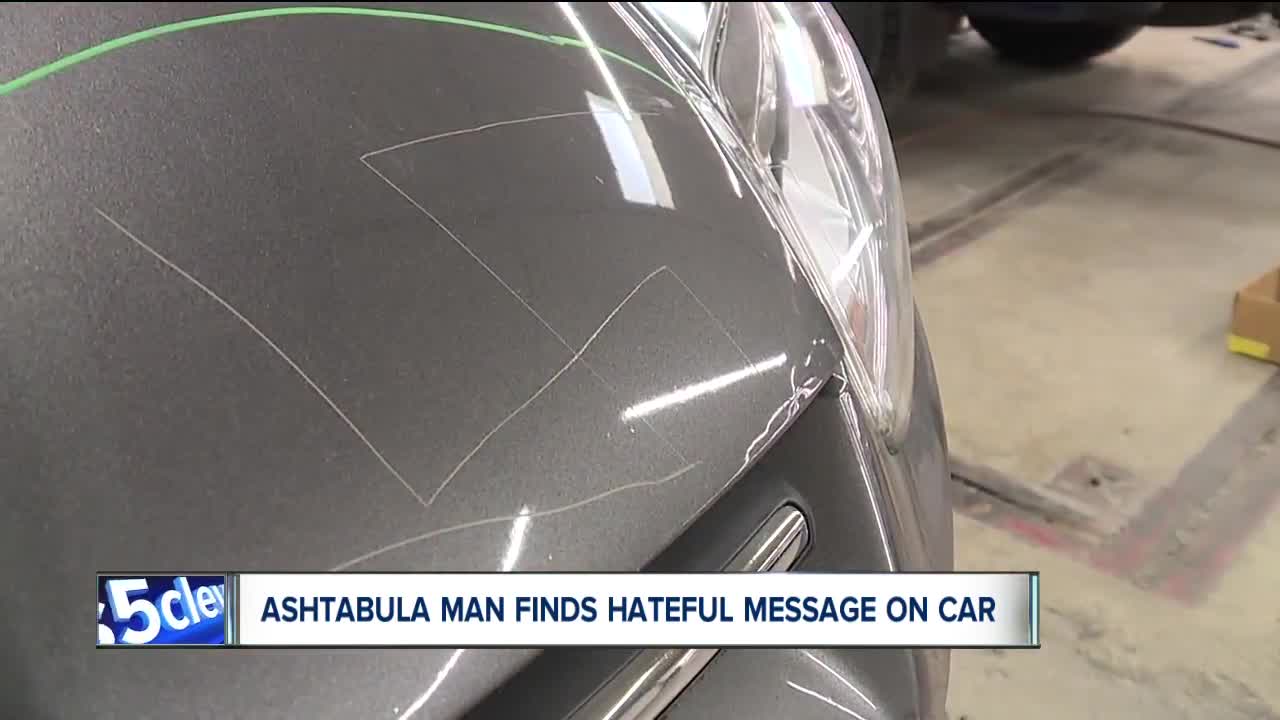 It's a struggle for him to talk about. 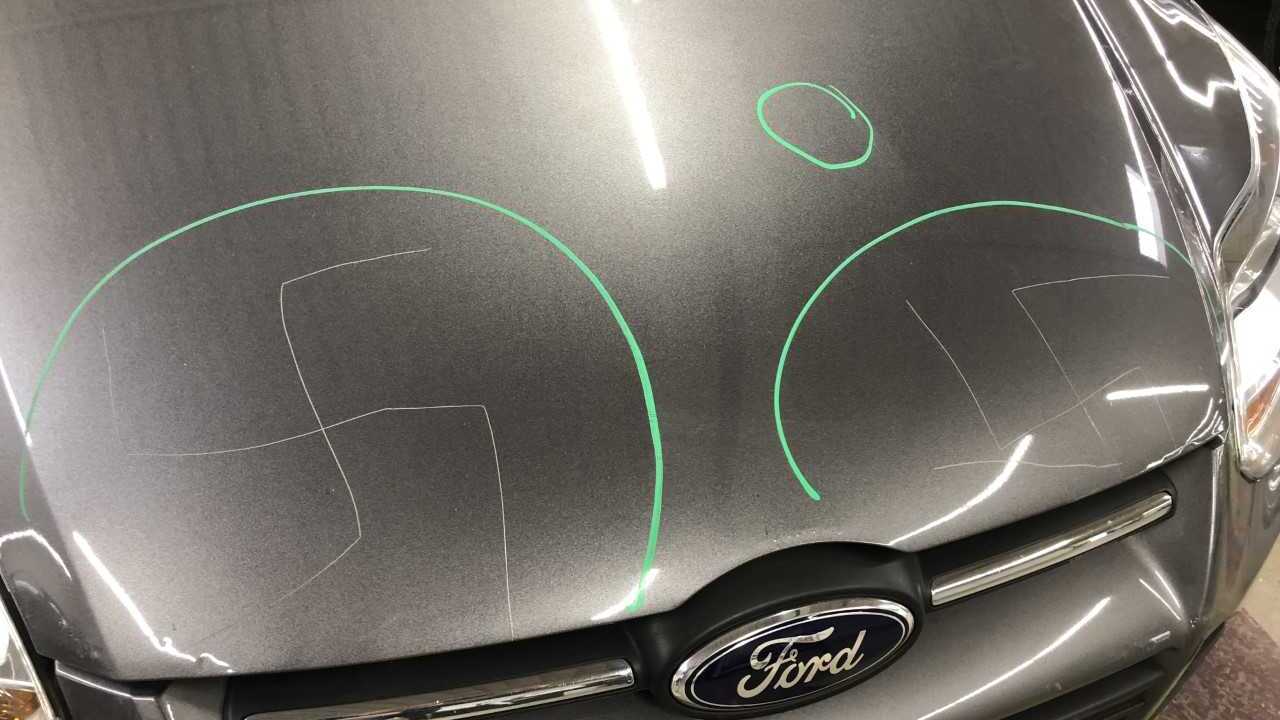 ASHTABULA, Ohio — It's a struggle for him to talk about.

"There's swastikas written into the hood of my car, it really hurt," said Gregory Kappel.

Kappel says someone scratched two swastikas into his car while he was working.

"Thousands of dollars of damage and I don't know where this hate comes from," he said.

The Ashtabula man is not only is dealing with the hurt associated with such a hateful symbol, but getting it removed is another obstacle.

"I have to come up with the deductible and whatever else the insurance company doesn't cover," said Kappel.

Right now, Kappel's Ford Focus is at Wickliffe Auto Body while insurance gets all figured out, but repairs won't be simple.

"We're going to sand all this off because this all has to get down to bare metal and this will really encompass a large area of the hood to get these marks out," said President of Wickliff Auto Body Dan McCurdy.

Fixing the car is definitely not cheap.

"I think the preliminary estimate is over $6,000, but that still needs to be negotiated with the insurance company," said McCurdy.

Kappel says his car isn't worth much more than around $9,000, so now he's worried they might total it.

"To hate somebody because of their religious background and then to scratch it into their car to the tune of over $6,000 - if they total my car I don't know what I'm going to do," said Kappel.

Kappel says he thinks he might know who may be behind the vandalism. Painesville police are investigating.