A Hiram man had his heart shocked 34 times after a heart attack. Now he's sharing his near-death experience 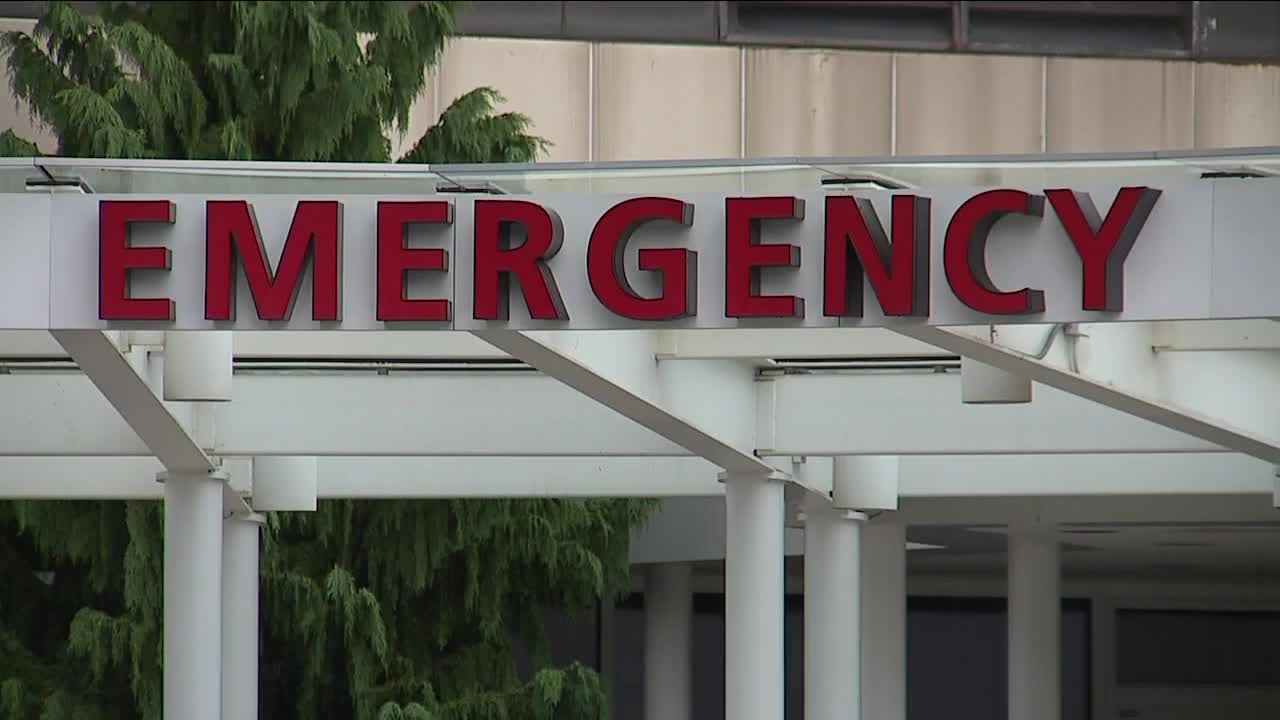 63-year-old Frank Briggs had his heart shocked more than 30 times. 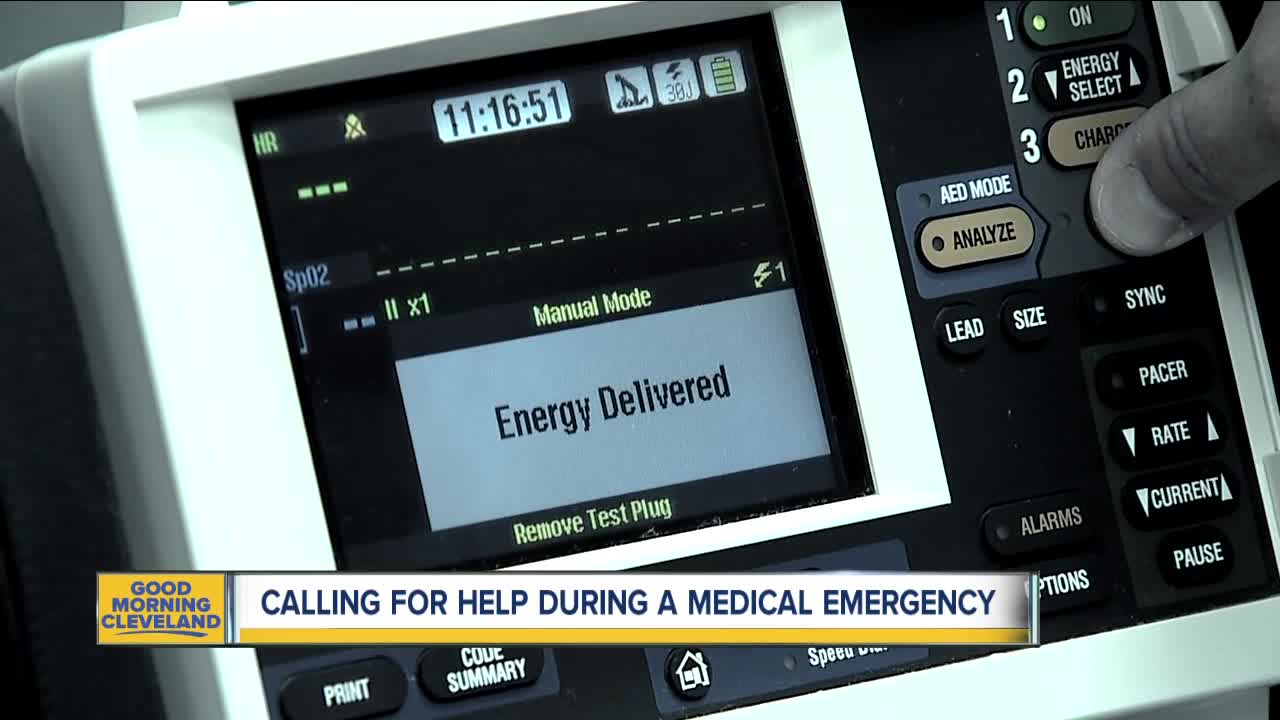 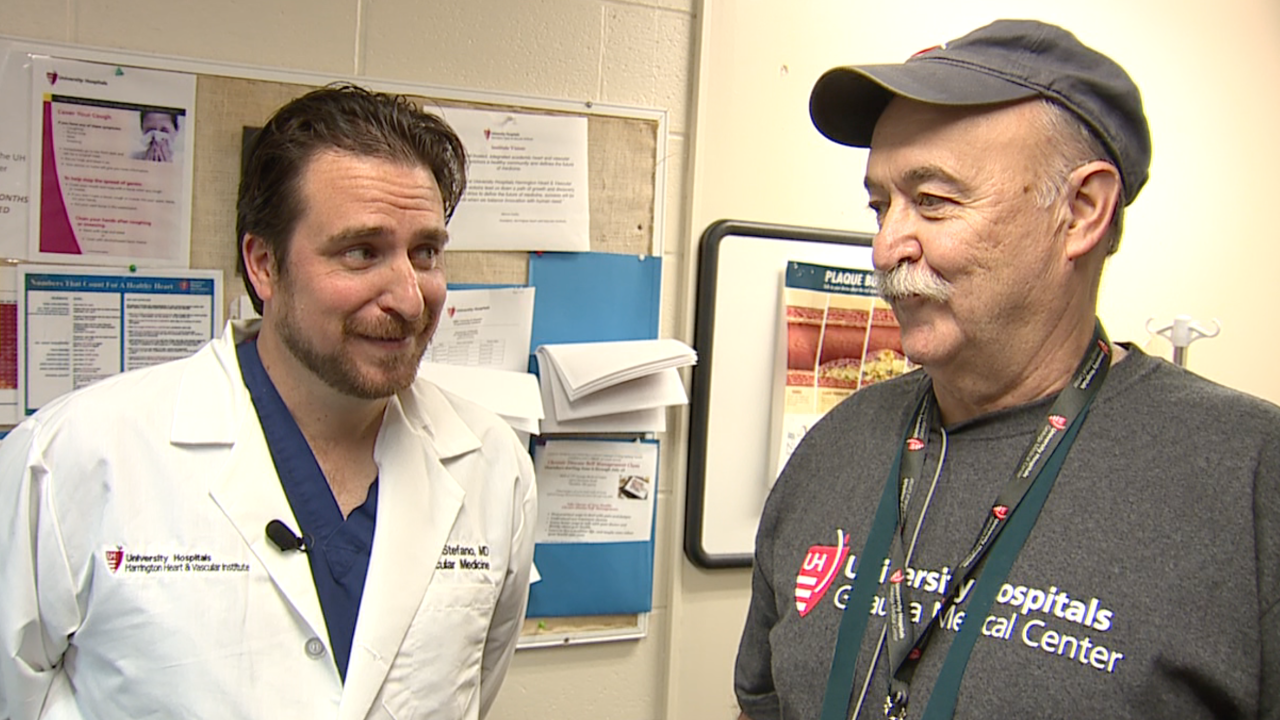 HIRAM, Ohio — A 63-year-old man who had a heart attack in the ambulance en route to the hospital had to be shocked 34 times to get his heart stabilized. Now, he's sharing his near-death story to warn others.

The sound of the treadmill at University Hospital’s Geauga Medical Center is a relatively new one for 63-year-old Frank Briggs.

Physical therapy multiple times a week is now a staple in his routine.

But, back in June, the thought of Briggs walking on the treadmill didn’t seem possible.

Briggs was at his home in Hiram when he first felt the pain in his chest.

Briggs had a heart attack in the ambulance.

“It caused this recurrent arrhythmia which is associated with death,” said Dr. Gregory Stefano with University Hospitals Geauga.

His heart went into ventricular fibrillation. He needed to be shocked to save his life.

"Usually it’s just one and done, in terms of getting the heart back into a normal rhythm,” said Dr. Stefano.

The first shock allowed EMS the time to get Briggs to University Hospital’s Geauga Medical Center.

“But in Frank’s case it was just incessant, it wouldn’t stop,” said Dr. Stefano.

His heart just couldn’t get back to its normal rhythm. Medical staff in emergency room shocked Briggs 33 more times before his heart was stabilized enough for Dr. Stefano could open him up and fix the blocked artery.

“He was living on the E.R. staff beating his heart by chest compressions because when you have that rhythm, a heart just is not squeezing out blood and doing what it is supposed to do,” said Dr. Stefano.

Dr. Stefano fixed the complete blockage of Briggs’s left artery with a stent.

Now, just months after the event, Briggs is walking, talking and joking.

“I’m alive pretty good. My brain is not much worse than it was before, which wasn’t the greatest. I’m still here,” he said.

Though, if it wasn’t for medical personnel who kept Briggs alive moments after his cardiac arrest, he wouldn’t still be here.

Dr. Stefano said over the past several years, he has seen more and more people driving themselves to the hospital.

“If Frank’s wife would’ve brought him in and he had the arrhythmia in the car, there would’ve been no way to save him,” said Dr. Stefano. “He was saved because medical personnel were right on top of him, right away.”

Now, Frank looks forward to the soundtrack of his second chance at life, the rhythm of working out, all to make sure he can hear the sounds of his grandkids growing up.

“I look forward to seeing them and I never thought I’d do that again,” he said.