How everyone is reacting to Urban Meyer's suspension 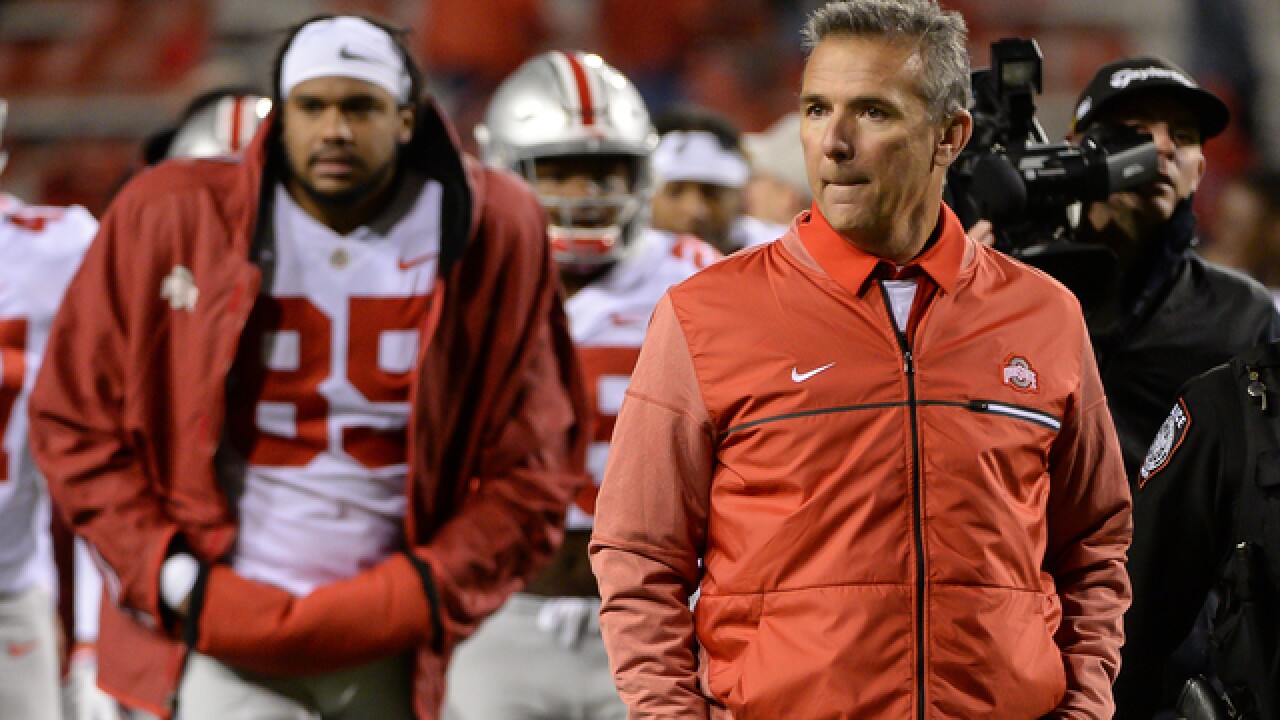 Image copyright 2018 Getty Images. All rights reserved. This material may not be published, broadcast, rewritten, or redistributed.
Steven Branscombe
<p>LINCOLN, NE - OCTOBER 14: Head coach Urban Meyer of the Ohio State Buckeyes leaves the field after the win against the Nebraska Cornhuskers at Memorial Stadium on October 14, 2017 in Lincoln, Nebraska. (Photo by Steven Branscombe/Getty Images)</p>

Social media was quick to react to his suspension. Meyer said he followed his heart instead of his head while addressing the media.

"I want to apologize to Buckeye nation. I followed my heart, not my head."

Urban Meyer addresses the media after being suspended by Ohio State. pic.twitter.com/pV5YVwzAUr

Key findings from the 23-page report revealed that Courtney Smith said she told Shelley Meyer in 2015 that Smith assaulted her. Urban Meyer then asked a staffer about deleting text messages more than a year old by changing the settings on his phone.

Courtney Smith told Urban Meyer’s wife she’s being abused.
Courtney Smith texted Meyer’s wife photos of the abuse.
But the investigation decides Meyer had a “good faith belief” there wasn’t “sufficient information” to report it or to discipline Zach Smith?

What Meyer will lose during his suspension won't seem to make a dent in his pocketbook.

$437,260: What Urban Meyer made while on administrative leave during 3-week investigation, based on $7.6 million in 2018 compensation.

Meyers' lack of action and allowing Smith to continue coaching under his leadership raised questions among reporters and analysts like David Pollack.